Ousted Justin Lester has officially called for a mayoral vote recount in Wellington.

It comes after results put Mayor Andy Foster just 62 votes ahead of Lester to claim the city's top job.

Lester was at the Wellington District Court this afternoon to lodge a request with a judge to recount the mayoral votes.

Outside of court, he said he believed there was a "strong likelihood" there should be a manual recount.

It would now be up to a judge to decide but there had been no indication of a timeframe, Lester said. 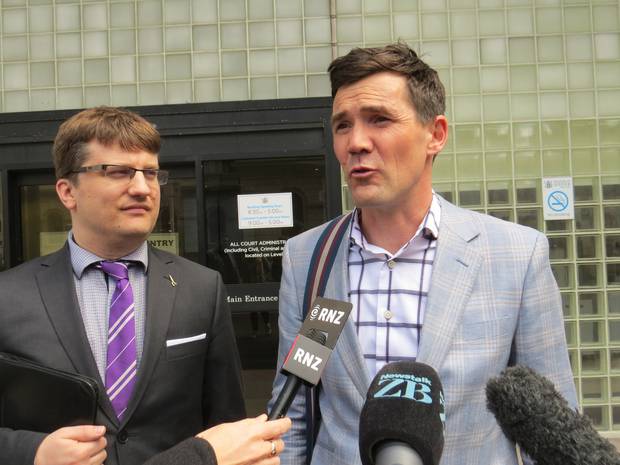 There were at least 302 partially informal votes which were excluded because voters filled the form out incorrectly.

In Lester's formal application, it said 193 of the partially informal votes were in Lester's favour and 109 in Foster's.

"The 84-vote difference here would be enough to change the result, if on a close inspection of the votes they were held to express a valid preference between Mr Foster and Mr Lester," it reads.

In response to people telling Lester to move on, he said they needed to make sure "they got it right."

"This is a sliding doors moment for the city, there's a potential to end up with a New Zealand First mayor with Andy Foster verses a Labour mayor with very different values.

"I owe it to the 27,000 people who have voted for me, who have come out in large numbers and supported me and said we want you to do this recount and we want to make sure that democracy works and the election is transparent."

Lester's legal counsel Graeme Edgeler said they had asked for a manual recount of the votes.

There had been instances in the United States with computer counts were they had done recounts and several hundred votes had changed, he said.

There was also Winston Peters' recount from the 1978 general election.

Edgeler said they would try and tell the judge it was the voter's "intent" that mattered and showing what the voters intended to do, particularly with the 302 partially informal votes.