With humans sheltering indoors to escape the new coronavirus, mountain goats are taking advantage of the peace and space to roam in frisky clumps through the streets of Llandudno, a town in North Wales.

Andrew Stuart, a video producer for the Manchester Evening News, has been posting videos of the furry adventurers on his Twitter feed and they are racking up hundreds of thousands of views. 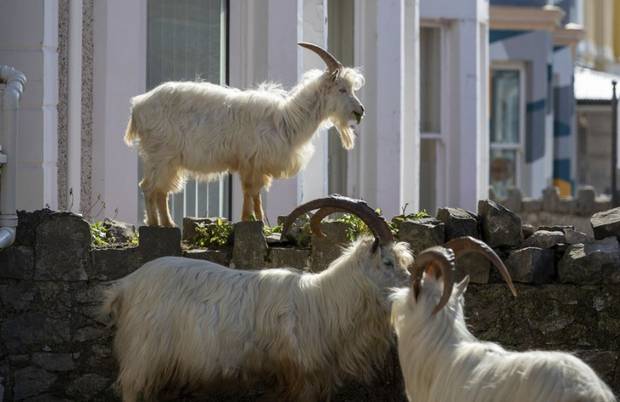 Goats on a sightseeing tour of the quiet streets.

He said the goats normally keep largely to themselves, in a country park that butts up against Llandudno. But now emboldened by the lack of people and cars, the long-horned animals are venturing deeper into the seaside town. The UK has been in lockdown for the past week to combat the spread of the coronavirus.

"There's no one around at the moment, because of the lockdown, so they take their chances and go as far as they can. And they are going further and further into the town," Stuart told AP today from his parents' pub in Llandudno, where he is waiting out the pandemic.

His videos show the goats munching on people's neatly trimmed hedges and trees in front yards and loitering casually on empty streets as if they own the place. 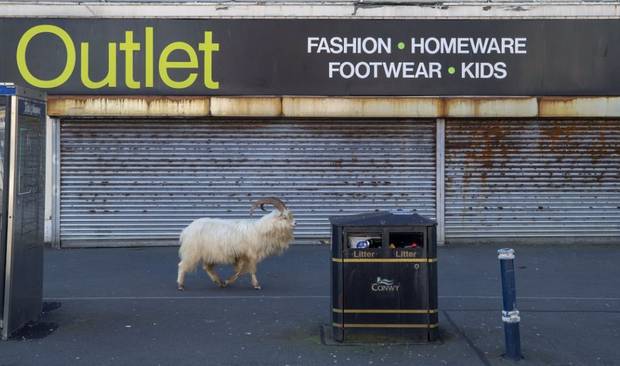 A goat walks past a closed stored, near Trinity Square.

"One of the videos on my Twitter shows that they were on a narrow side street and I was on the other side and they were scared of me. They were edging away from me. So they are still scared of people," Stuart said. 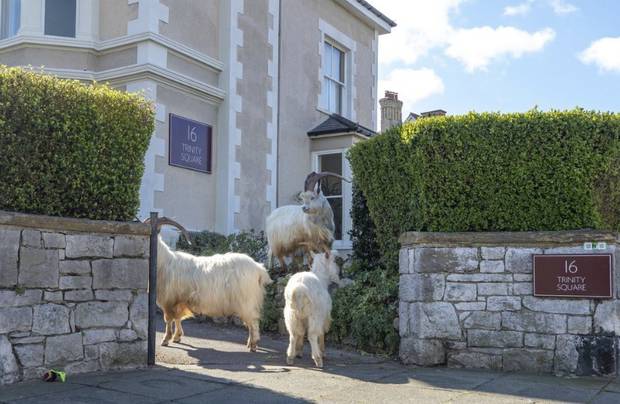 The goats normally live in the nearby hills.