A woman who peeked at a fellow passenger's cell phone and shared the contents of the text messages on the screen has been slammed online.

The woman was on a flight when she looked at the phone screen of a fellow passenger and read the text shown in it.

According to the New York Post, the woman was horrified to read that the person was positive for Covid-19.

The screenshot has gone viral, with many online criticising the woman for sharing the contents of someone else's personal text messages.

"Is this even legal," one person wrote on Reddit, sharing the screenshot.

In the texts, the fellow passenger shares they are travelling home early after contracting Covid-19.

"We have Covid … shhhhh. That's why we're returning home a day early. On the plane …" the message reads.

Reddit users did not agree that the woman should have shared the message.

"F**k this lady and the creep who reads other people's messages," one person said.

"Not only are you spying on a stranger's phone, you're taking pictures of it," someone else wrote.

One person suggested maybe the person had written the text after noticing they were being spied on. 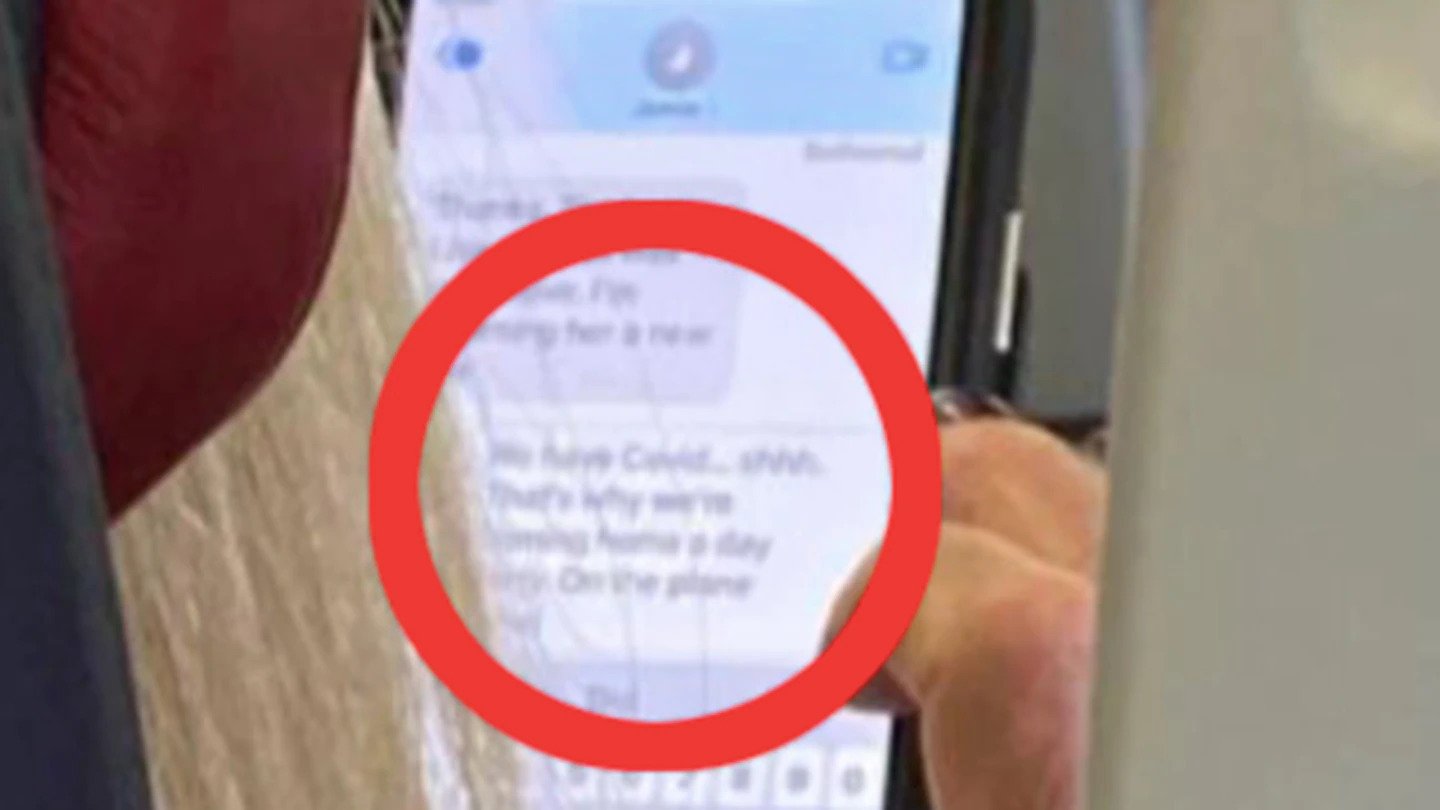 A female passenger divided critics on Reddit after purporting to spot a fellow passenger's text, in which they claimed to have contracted Covid-19. Photo / Reddit

"To be fair, on the subway once I clearly saw the girl next to me reading my texts so I typed out something deranged just to get her to move away from me," a Reddit user wrote.

Others, however, focused on the fact that someone had potentially boarded the flight while positive with coronavirus.

"It's f**ked up to read other people's text messages but also SUPER f**k people who KNOW they have covid that don't take precautions to keep other people safe from it," one person wrote.

It is not known whether the screenshot is real; some Reddit users suggested the whole encounter was "fake".