Dashcam footage has shown the moment a skateboarder narrowly avoided death after stacking it in oncoming traffic.

The clip, shared to the Dash Cam Owners Australia Facebook page, was filmed in New Lambton, Newcastle, and captioned: "He was fine, fortunately".

The footage shows the skater emerge from a side street – where cars were waiting to enter the intersection – onto the main road, before coming off his board and hitting an oncoming car.

Since being posted on Friday, the shocking video has garnered more than 4.3k reactions and been viewed 262k times.

Thousands of people also took to the comments section – with viewers divided over whether or not the skater "deserved" to crash because it appeared he wasn't following proper road rules.

"Serves him right. Obviously had no intention of stopping," one woman wrote.

"He wasn't hurt. He deserves the absolute moment of panic and fear he got for making the stupid decision." 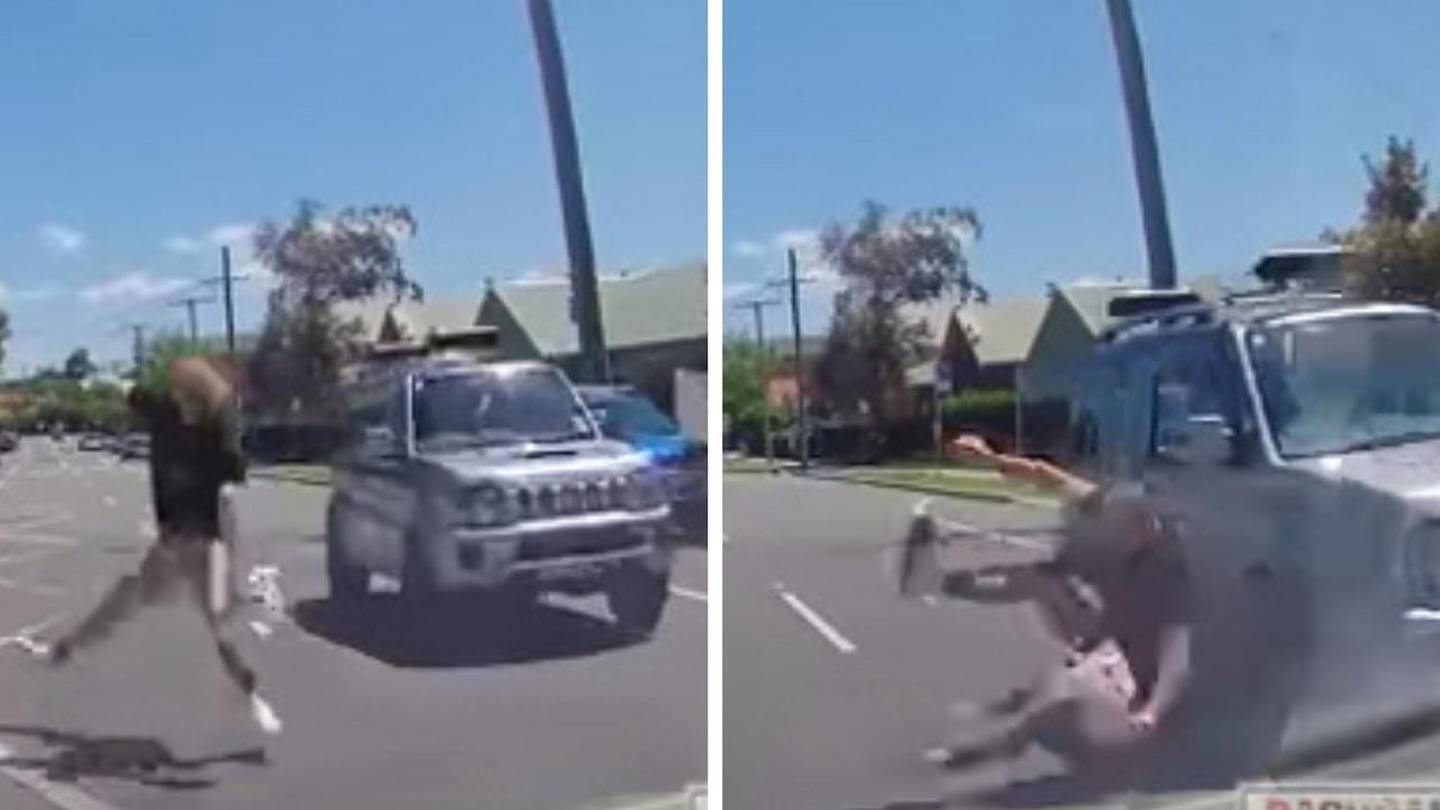 Dashcam footage has shown the moment a skateboarder in Newcastle narrowly avoided death after stacking it in oncoming traffic. Photo / Facebook

"He shouldn't have been barrelling down that road heading to that Intersection anyway and then No Helmet on either, Death Wish," agreed another.

"Skater boy at fault here, he clearly had no plans of stopping at all, time he uses some brain and think about his actions, don't blame car driver for that, hopefully skater boy learnt a valuable lesson, his family could have been burying him," said a third.

"Skateboards, rollerblades, and rollerskates. You must keep to the left of a footpath or shared path. You must give way to pedestrians. You can only skate on a road during the day on a road without white lines and where the speed limit is less than 50km per hour."

Fellow skateboarders, however, said this take was "a bit harsh".

"I'm a skateboarder. Sometime you bite off more than you can chew. No, he shouldn't have been on the road, yes he should've been wearing a helmet, I agree," one remarked.