Prime Minister Jacinda Ardern said it's "too early to tell" whether anyone has lost their life in the volcanic eruption and tsunami that hit Tonga.

A defence force plane is ready to fly out, and may leave tomorrow, and a New Zealand Navy vessel is on standby to provide assistance if required.

Ardern said one of the first requests from Tonga was for water, as the ash cloud from the eruption had contaminated water supplies.

Ardern said there were not yet any official reports of deaths or injuries after yesterday's disaster.

Ardern said "at this stage it would be too early" to tell whether there were fatalities.

"I know many of you will have seen the footage and found it deeply disturbing," she said

"Being able to see those satellite images brought home the scale and the violence of that eruption," Ardern said.

"I have family who have ties and links and who work across the region and have satellite communication so that's where I heard some of that emerging communication," Ardern said. 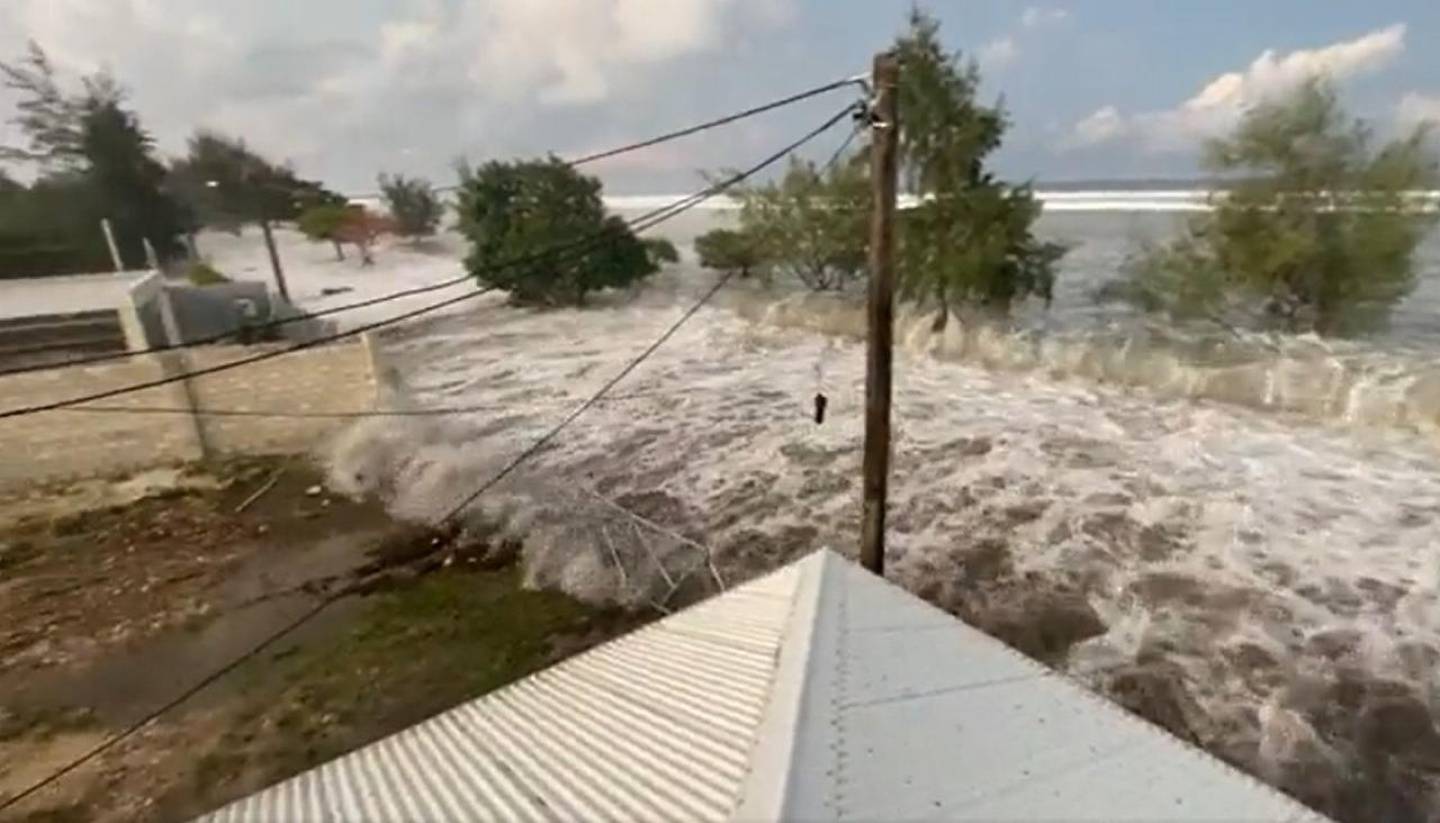 She said New Zealanders working for the Government in Tonga were safe.

Pacific Peoples Minister Aupito William Sio said "we've got MPs who have linkages back to Tonga, and they are worried".

"The Pacific are part of our family and so there's been overwhelming concern from the diaspora here," he said.

Sio said the impacts of the volcano had been felt across the region.

Sio said the Consul-General in Tonga had reported that the royal family was "well and fine".

Ardern said: "Please keep family back in New Zealand informed of your wellbeing if you can."

"The main undersea communications table has been impacted, likely due to the loss of power, and that is why communications have been limited," Ardern said.

"We have the aircraft ready to deploy and are looking at the deployment of a Navy vessel should it be required," she said.

"We are talking now about what's happening above water, we don't know what is happening below water," he said.

"Our people are ready to deploy," Henare said.

The C130 Hercules aircraft is also ready to deploy to deliver goods, but this would require making sure it was safe to land in Nuku'alofa, and waiting for ash to disperse to be safe for flying.

"We will make sure that as soon as we know that flights are able to be undertaken we will be staying in touch with, in particular, Australia and Fiji," Ardern said.

An initial $500,000 of aid has been committed from New Zealand as "a starting figure".

"The Government will provide additional assistance as required," Ardern said.

"Communication as a result of the eruption has been difficult, but our defence force team and Ministry of Foreign Affairs [Mfat] are working as we speak to establish what's needed and how we can help," Ardern said.

Officials have already mobilised the first phase of the Government's response.

A spokeswoman from Mfat said "damage assessments are currently under way, and New Zealand has formally agreed to provide assistance".

"An NZDF P3 Orion is on standby to provide aerial surveillance as soon as atmospheric conditions allow," they said.

"The New Zealand High Commission in Nuku'alofa is monitoring the situation closely and is in contact with local authorities."

The spokeswoman said there were currently no official reports of injuries or deaths, but cautioned that current communications were limited.

The Government has made an initial $500,000 available to respond to requests from the Tongan Government as they are made.

Currently, 30 New Zealanders are registered on SafeTravel as being in Tonga. Mfat advised New Zealanders in Tonga to "follow the advice of the local authorities, including any tsunami evacuation orders".

Leader of the opposition Chris Luxon said his "thoughts are with our friends in Tonga, suffering the devastation of a tsunami on their shores".

In a tweet, he said the "Tongan people are well known for their strong sense of family and community. I have no doubt that Tonga will show the world just how strong they are in the coming days."

They warned that communications links with Tonga have been disrupted so New Zealanders may have difficulties contacting their whānau in Tonga at this time.