US officials have said the bullet that killed veteran Al Jazeera reporter Shireen Abu Akleh was likely fired from an Israeli position. But they said it was too badly damaged to reach an absolute determination, and that there is "no reason to believe" she was deliberately targeted.

State Department spokesman Ned Price, announcing the results of the probe, said "independent, third-party examiners" had undertaken an "extremely detailed forensic analysis" of the bullet that killed her after the Palestinian Authority (PA) handed it over to them. 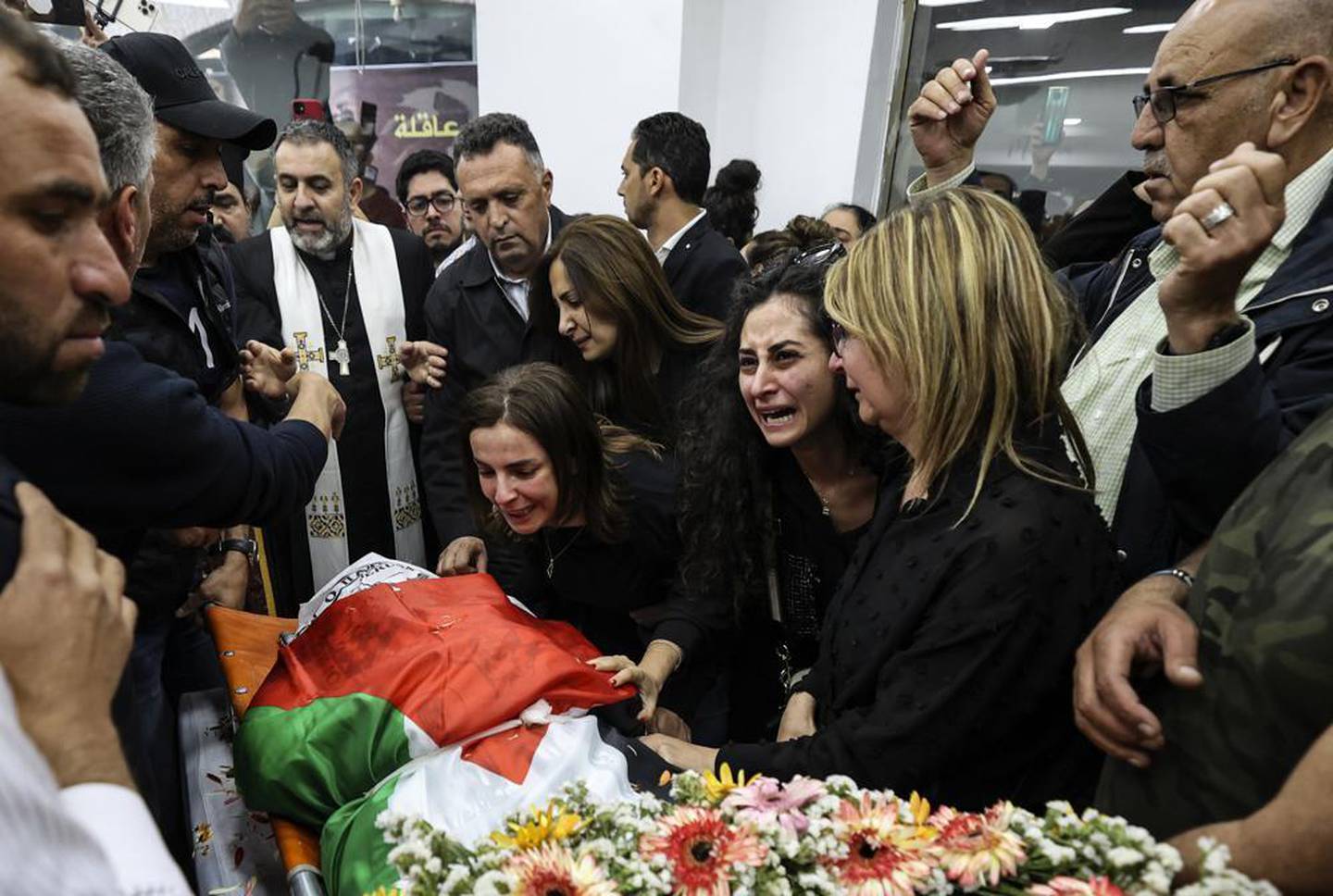 The results, announced ahead of President Joe Biden's visit to the region next week, were unlikely to lay the matter to rest. The Palestinians reiterated that Israel was to blame, while Israel said its own investigation would remain open and did not address the US conclusion that its troops were likely responsible.

Abu Akleh, a veteran Palestinian-American correspondent who was well known and respected throughout the Arab world, was shot and killed while covering an Israeli military raid on May 11 in the Jenin refugee camp in the occupied West Bank. Palestinian eyewitnesses, including her crew, say Israeli troops killed her and that there were no militants in the immediate vicinity or any exchange of fire at the time she was shot.

An Associated Press reconstruction of her killing lent support to witness accounts that she was killed by Israeli forces. Subsequent investigations by CNN, the New York Times and the Washington Post reached similar conclusions, as did monitoring by the office of the UN human rights chief.

US lawmakers have pressed the Biden administration to demand a full investigation and accountability, and anger over the killing is hanging over Biden's upcoming trip to the region. 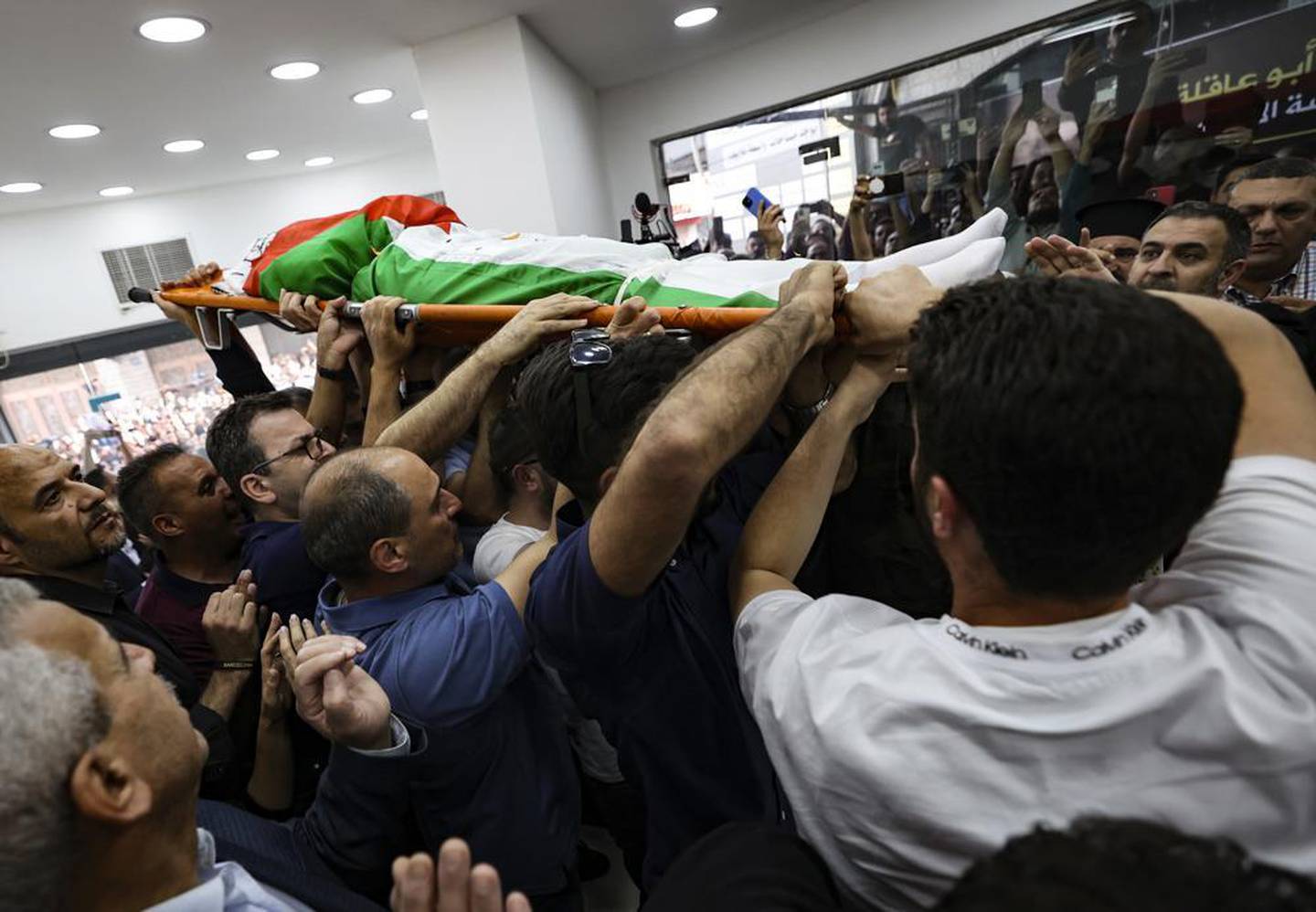 US security officials examined the results of separate Palestinian and Israeli investigations and "concluded that gunfire from IDF [Israel Defence Forces] positions was likely responsible for the death of Shireen Abu Akleh", Price said.

The US "found no reason to believe that this was intentional but rather the result of tragic circumstances during an IDF-led military operation against factions of Palestinian Islamic Jihad," Price said. He gave no further details on how it reached its conclusion.

The probe was undertaken by the US Security Coordinator in the region, which was established in 2005 to assist with peace efforts at the time. It advises Palestinian security forces and coordinates between Israel and the PA.

Israel presented the findings as part of its own investigation, something that was likely to anger the Palestinian Authority. The PA handed the bullet over to US officials while insisting it was still adamantly opposed to any cooperation with Israel.

The Israeli military said that while the bullet remained in the custody of US officials throughout the process, it was examined by Israeli experts in a forensic laboratory in Israel.

Lieutenant General Aviv Kohavi, the army chief of staff, ordered the investigation be continued "using all available means", the military said. It said any decision on whether to launch a criminal investigation would only be made after the operational investigation is completed.

Israeli Prime Minister Yair Lapid said, "The IDF investigation was unable to determine who is responsible for the tragic death of journalist Shireen Abu Akleh, but it was able to determine conclusively that there was no intention to harm her."

He did not address the US conclusion that the bullet that struck her was likely fired from an Israeli position. Israeli police confront mourners as they carry the casket of Shireen Abu Akleh during her funeral in east Jerusalem. Photo / AP

The Palestinian Authority and Al Jazeera accused Israeli forces of deliberately targeting Abu Akleh within hours of her death.

Nabil Abu Rudeineh, a spokesman for Palestinian President Mahmoud Abbas, said the PA holds Israel "fully responsible" for Abu Akleh's killing and will not accept "any manipulation of the results of the Palestinian investigation".

The PA administers parts of the Israeli-occupied West Bank and cooperates with Israel on security matters.

Rights groups say Israeli investigations of the shooting deaths of Palestinians often languish for months or years before being quietly closed and that soldiers are rarely held accountable. The Israeli human rights group B'Tselem dismissed the US announcement as a "whitewash".

"All investigations published so far conclude that Israel is responsible," it said. "It is not clear on what grounds the US State Department seeks to dismiss her killing as the result of tragic circumstances and not as a crime for which those responsible should be held to account."

Abu Akleh's family issued a statement saying the US announcement was "insulting to Shireen's memory".

"All available evidence suggests that a US citizen was the subject of an extrajudicial killing by a foreign government that receives billions of dollars in American military aid each year to perpetuate a prolonged and entrenched military occupation of millions of Palestinians," they said.

Abu Akleh, who was 51, was an on-air correspondent for Al Jazeera's Arabic-language service who rose to fame two decades ago during the second Palestinian intifada, or uprising, against Israeli rule. She documented the harsh realities of life under Israeli military rule — now well into its sixth decade with no end in sight — for viewers across the Arab world.

Israeli police drew widespread criticism from around the world when they beat mourners and pallbearers at her funeral in Jerusalem on May 14. An Israeli newspaper last month reported that a police investigation found wrongdoing by some of its officers, but said those who supervised the event will not be seriously punished.

Jenin has long been a bastion of Palestinian militants, and several recent deadly attacks inside Israel have been carried out by young men from in and around the town. Israel frequently carries out military raids in Jenin, which it says are aimed at arresting militants and preventing more attacks.

Israel captured the West Bank in the 1967 Mideast war and has built settlements where nearly 500,000 Israelis live alongside nearly three million Palestinians. The Palestinians want the territory to form the main part of a future state.

Peace talks broke down more than a decade ago, and with Israel now in a new election campaign, they are unlikely to resume anytime soon. Lapid, the caretaker prime minister, supports a two-state solution with the Palestinians, but right-wing parties that oppose Palestinian statehood dominate the Israeli political system.