A US Navy ship named for slain gay rights leader Harvey Milk, who served four years in the Navy before being forced out, was christened and launched in San Diego Bay on Saturday.

The replenishment oiler USNS Harvey Milk slid down the shipyard ways after a bottle of champagne was smashed on the bow by former Navy officer Paula M Neira, clinical program director for the John Hopkins Center for Transgender Health.

"The secretary of the Navy needed to be here today, not just to amend the wrongs of the past, but to give inspiration to all of our LGBTQ community leaders who served in the Navy, in uniform today and in the civilian workforce as well too, and to tell them that we're committed to them in the future," Del Toro said.

Del Toro said that, like many others, Milk had to "mask that very important part of his life" while he served in the Navy.

"For far too long, sailors like Lt Milk were forced into the shadows or, worse yet, forced out of our beloved Navy," Del Toro said. "That injustice is part of our Navy history, but so is the perseverance of all who continue to serve in the face of injustice."

Milk was one of the first openly gay candidates elected to public office. He was serving on the San Francisco Board of Supervisors in 1978 when a former political colleague, Dan White, assassinated him and Mayor George Moscone at City Hall. 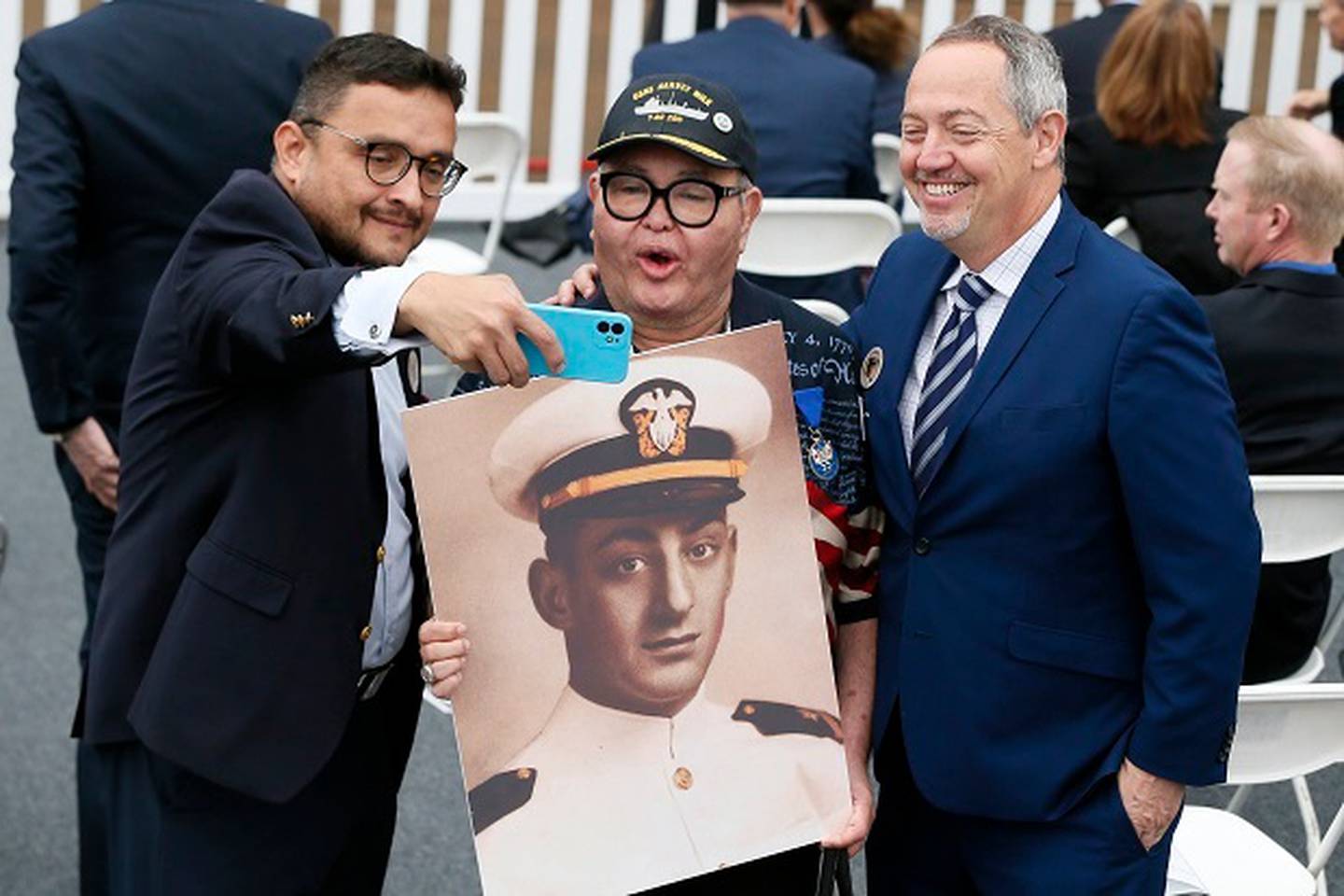 Del Toro told Mabus, who attended the christening, that it was a courageous decision.

"Ship names are important because they express what we value as a Navy and as a nation and communicate those values around the globe in every port of call," Del Toro said.

Stuart Milk, co-founder and president of the Harvey Milk Foundation, thanked Mabus for providing the family details of his uncle's discharge from the Navy.

"He has a less-than-honorable discharge. He was forced to resign because he was gay," Stuart Milk said, adding that "we have to teach our history to prevent ourselves from going backwards and repeating it".

Although there is a process for reversing such discharges, he said it was important to not do that for his late uncle in order "to keep the memory of how we did not honor everyone in this very honorable service".

The naval tradition of having ship "sponsors" went to Neira and US Senator Dianne Feinstein., who was unable to attend.

Feinstein was in San Francisco City Hall when Milk and Moscone were shot and then made the stunning announcement of their deaths. The ship "will carry a rich legacy of civic leadership", Feinstein said in a letter read at the ceremony.

"When the Harvey Milk sails, she will send a very strong message both domestically and around the globe to everybody that believes in freedom and justice and liberty, that there is a place for you in this family," said co-sponsor Neira.

General Dynamics NASSCO began construction of the six oilers in San Diego in 2018 under a $3.2 billion Navy contract. The first ship in the class, the John Lewis, was christened this summer.