Carrie Johnson announced her pregnancy in a post on Instagram in which she also revealed that she suffered a miscarriage earlier this year.

"At the beginning of the year, I had a miscarriage which left me heartbroken," she wrote. "I feel incredibly blessed to be pregnant again, but I've also felt like a bag of nerves." 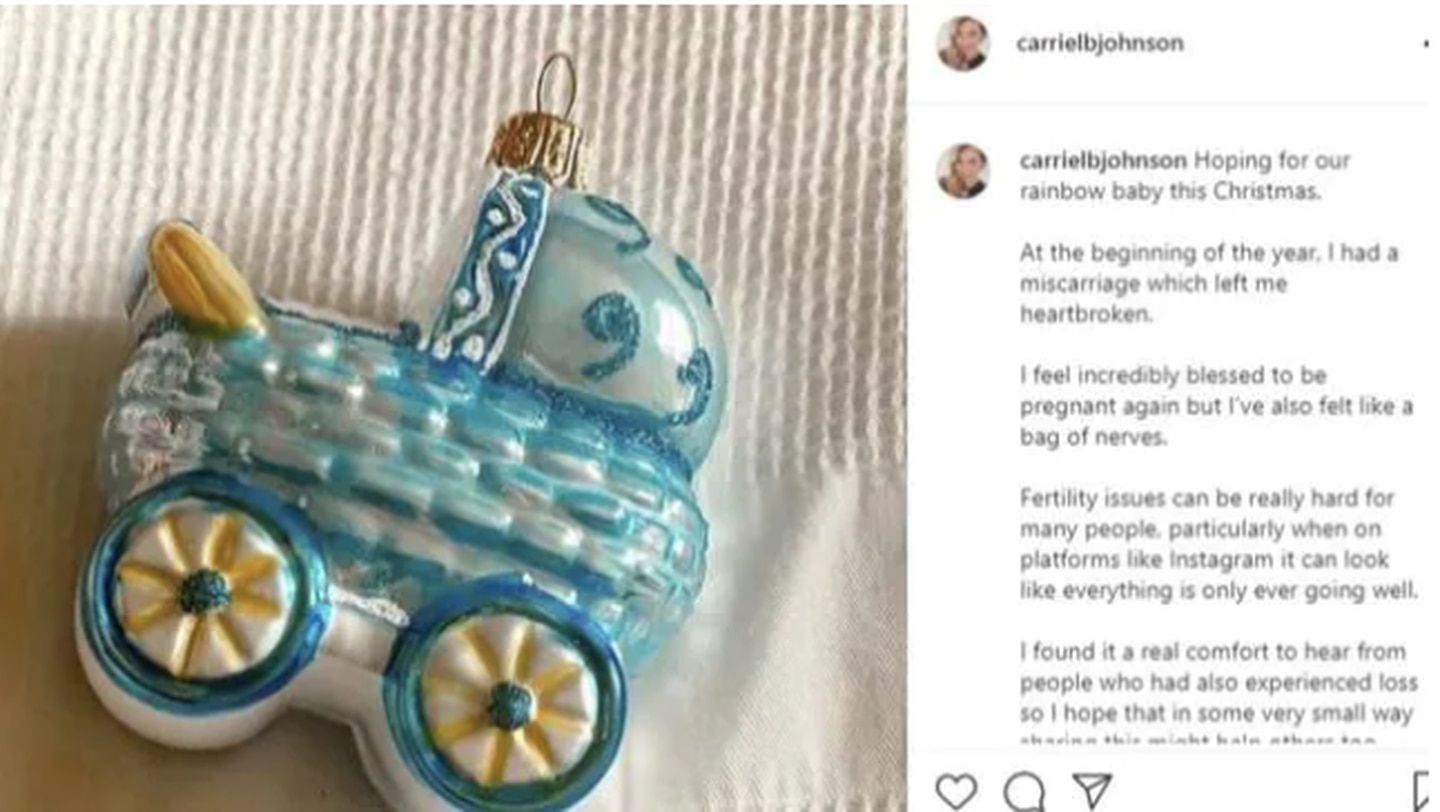 Johnson said she hoped to welcome her "rainbow baby" around Christmas. Rainbow baby is a term used to describe a child born after a miscarriage, still birth or the death of an infant.

The 33-year-old environmental campaigner and former Conservative Party communications director said she wanted to share the news about her miscarriage to help others. 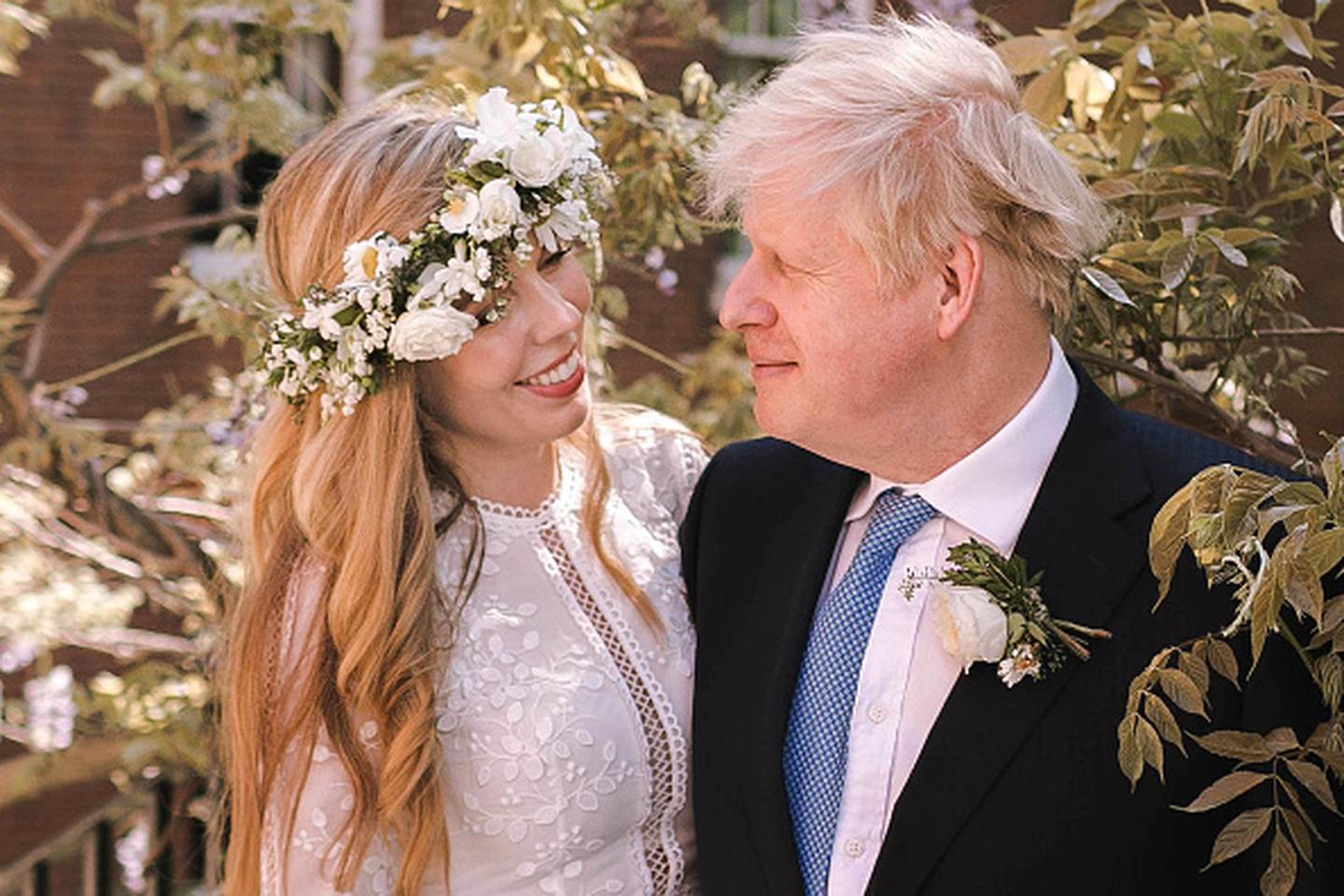 Boris Johnson and his wife Carrie Johnson were married in May. (Photo / Getty Images)

"Fertility issues can be really hard for many people, particularly when on platforms like Instagram it can look like everything is only ever going well," she said. "I found it a real comfort to hear from people who had also experienced loss so I hope that in some very small way sharing this might help others too."

The Johnsons married in May of this year in a private Catholic ceremony at Westminster Cathedral in London. Their first child, Wilfred, was born in April 2020.

The prime minister had four children with his second wife, Marina Wheeler, and has fathered at least one child outside of his marriages.

The baby will be the fourth born to a sitting British prime minister this century. Tony Blair and David Cameron's wives also had babies while their husbands were in office.