The United Kingdom has declared a "national incident" after fragments of a debilitating disease, long thought essentially eliminated, re-emerged in sewage samples.

Routine surveillance of sewage in parts of London has found traces of the poliomyelitis virus, commonly known simply as polio.

In most cases, those who contract polio can shrug off the disease. But rarely, the virus can cause paralysis in some muscles including those used for breathing which is potentially life-threatening.

The UK Health Security Agency (UKHSA) said on Wednesday that it was likely there had been "some spread" of a "vaccine-like" poliovirus within the UK.

The last time the UK saw so-called wild polio spread among people in Britain was back in 1984. The country was declared polio-free in 2003.

Only a handful of countries, including Pakistan, Nigeria, and Afghanistan, still see regular wild cases of polio.

The re-emergence of polio comes just months after the monkeypox virus also made a comeback in Europe.

"We are urgently investigating to better understand the extent of this transmission and the National Health Service [NHS] has been asked to swiftly report any suspected cases to the UKHSA, though no cases have been reported or confirmed so far," said UKHSA consultant epidemiologist Dr Vanessa Saliba.

In February, a regular sample was taken from the Beckton sewage treatment plant in East London which processes the waste of up to four million Londoners.

One-off positive indications of polio are rare but not unusual. They are often due to someone having received the live oral polio vaccine overseas and then arriving in Britain.

However, a further detection of a related poliovirus occurred in April at the same plant. Subsequent tests have continued to detect the presence of the virus which has been classified as a vaccine-derived poliovirus type 2 (VDPV2).

Vaccine-derived poliovirus occurs because the oral vaccine contains the weakened live virus which people can then shed for a number of weeks. Rarely, this can then be passed on to others.

The polio vaccine administered by the UK does not contain the live virus.

Health officials have stressed the general risk of contracting polio is low, particularly as vaccination levels in Britain remain high.

"Most of the UK population will be protected from vaccination in childhood, but in some communities with low vaccine coverage, individuals may remain at risk," said Dr Saliba. 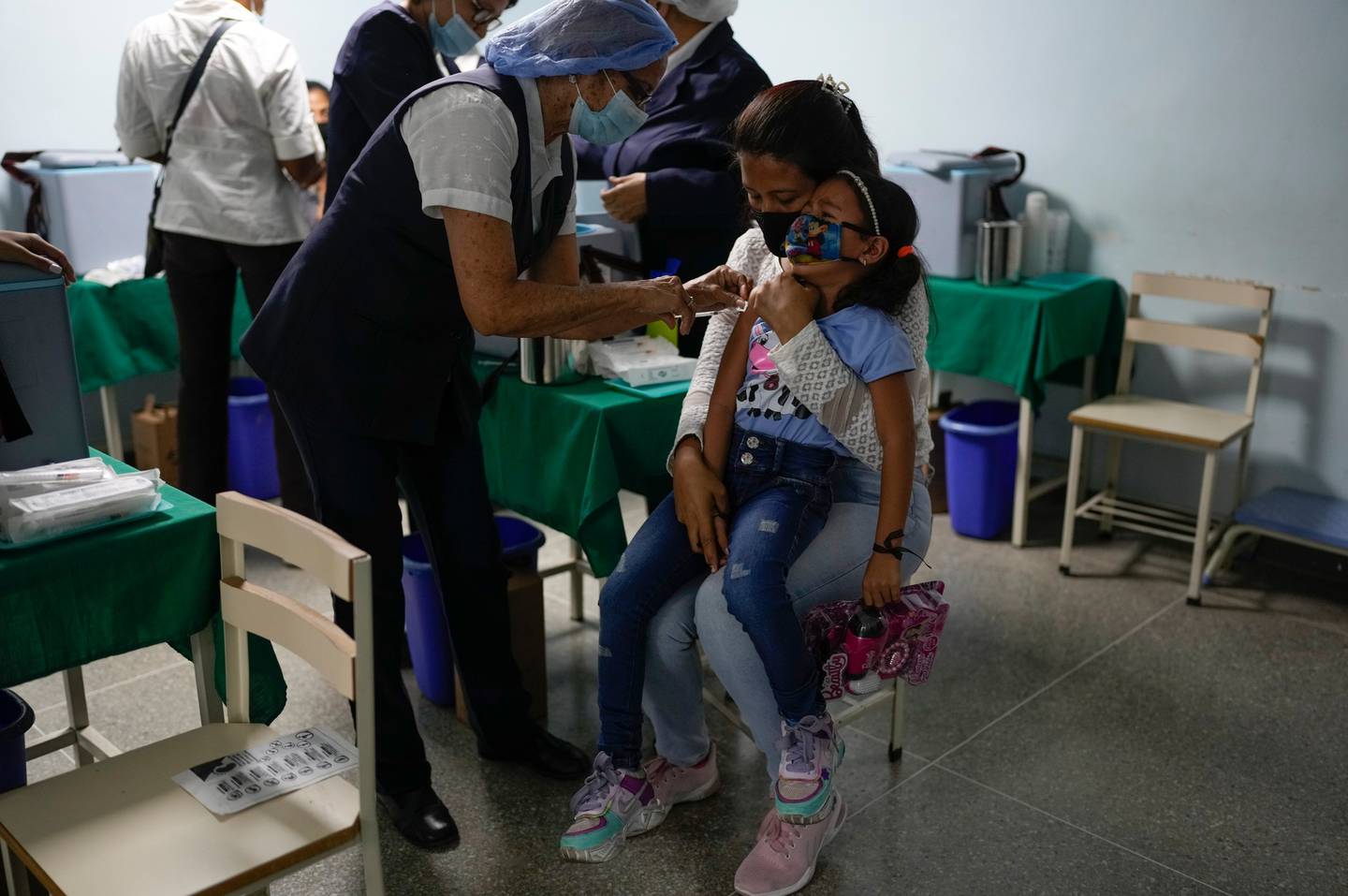 A child is inoculated against polio during a vaccination campaign organised by the Health Ministry, in Caracas, Venezuela. Photo / Ariana Cubillos, AP

There is concern however as childhood vaccination rates have been falling across the UK and more so in parts of London in recent years.

The virus can be passed by someone not washing their hands after going to the loo and then touching food or water consumed by others. Even more infrequently, coughing and sneezing can transmit polio.

Most people who contract polio won't even know they have it with some getting flu like symptoms.

In a small number of cases, however, the virus can attack the nervous system which in turn can lead to paralysis in the legs and other muscles including those used for breathing.

"The majority of Londoners are fully protected against polio and won't need to take any further action, but the NHS will begin reaching out to parents of children aged under 5 in London who are not up to date with their Polio vaccinations to invite them to get protected." said chief nurse for the NHS in London, Jane Clegg.