A 14-year-old Missouri boy who fell to his death from a 130m drop-tower ride in central Florida's tourist district appeared to slip out of his seat at the halfway mark of its plunge to the ground, according to a law enforcement report released.

The father of a friend of Tyre Sampson who witnessed the accident told deputies that the teen appeared to fall out of his seat when plunging passengers on the Free Fall ride passed a yellow reflective tape halfway down the tower. The ride reaches speeds of 120km/h, according to an Orange County Sheriff's Office incident report released through a public records request. 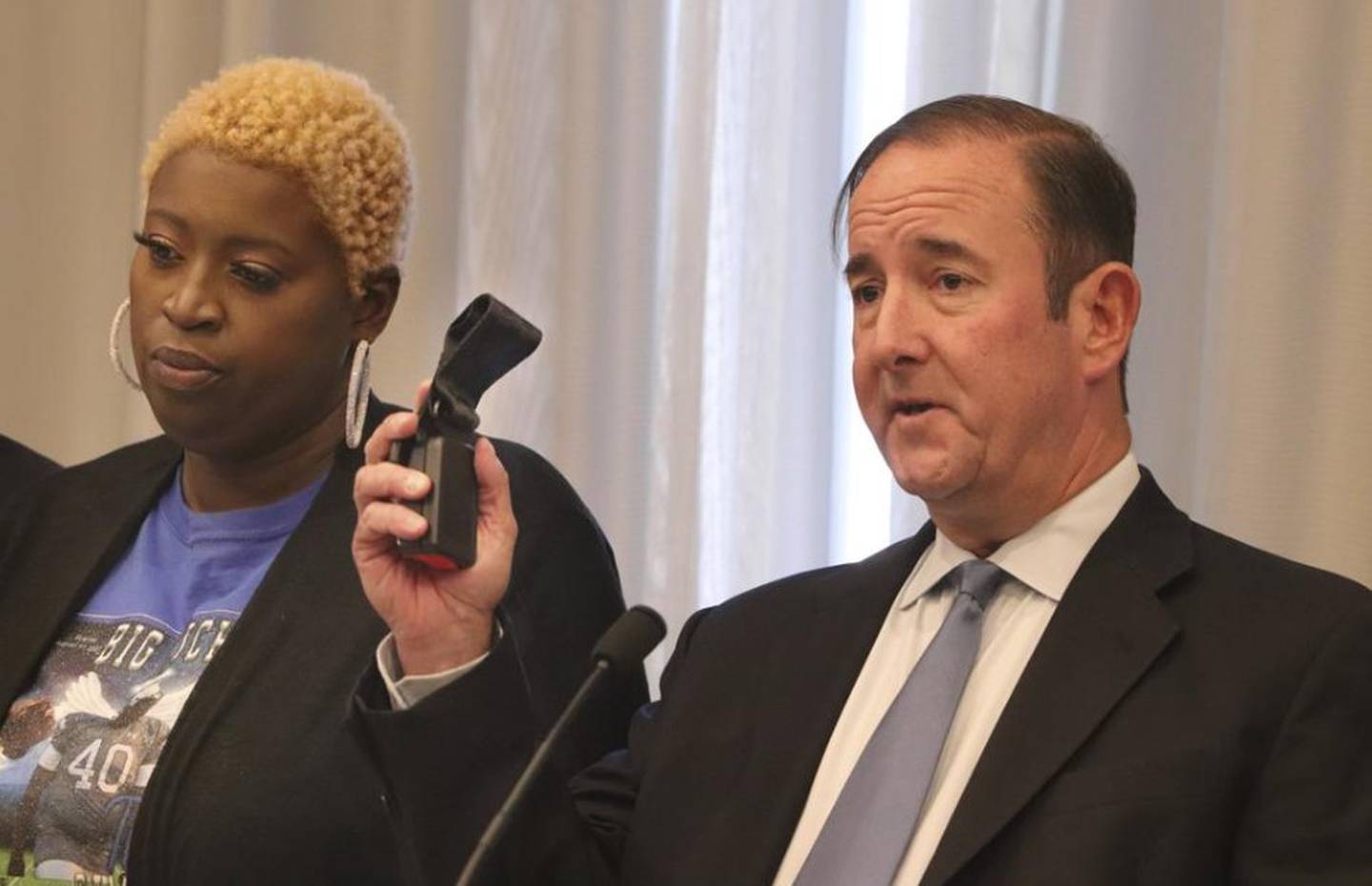 When the teen hit the ground, he appeared to be breathing but was unresponsive, Leon Howard told deputies.

Howard's son, also named Leon Howard, was friends with Sampson from a travel football team and was also on the ride at the time of the accident. Sampson, who was 1.9m tall and weighed more than 136kg, had travelled to Orlando with his friend's family for a vacation. 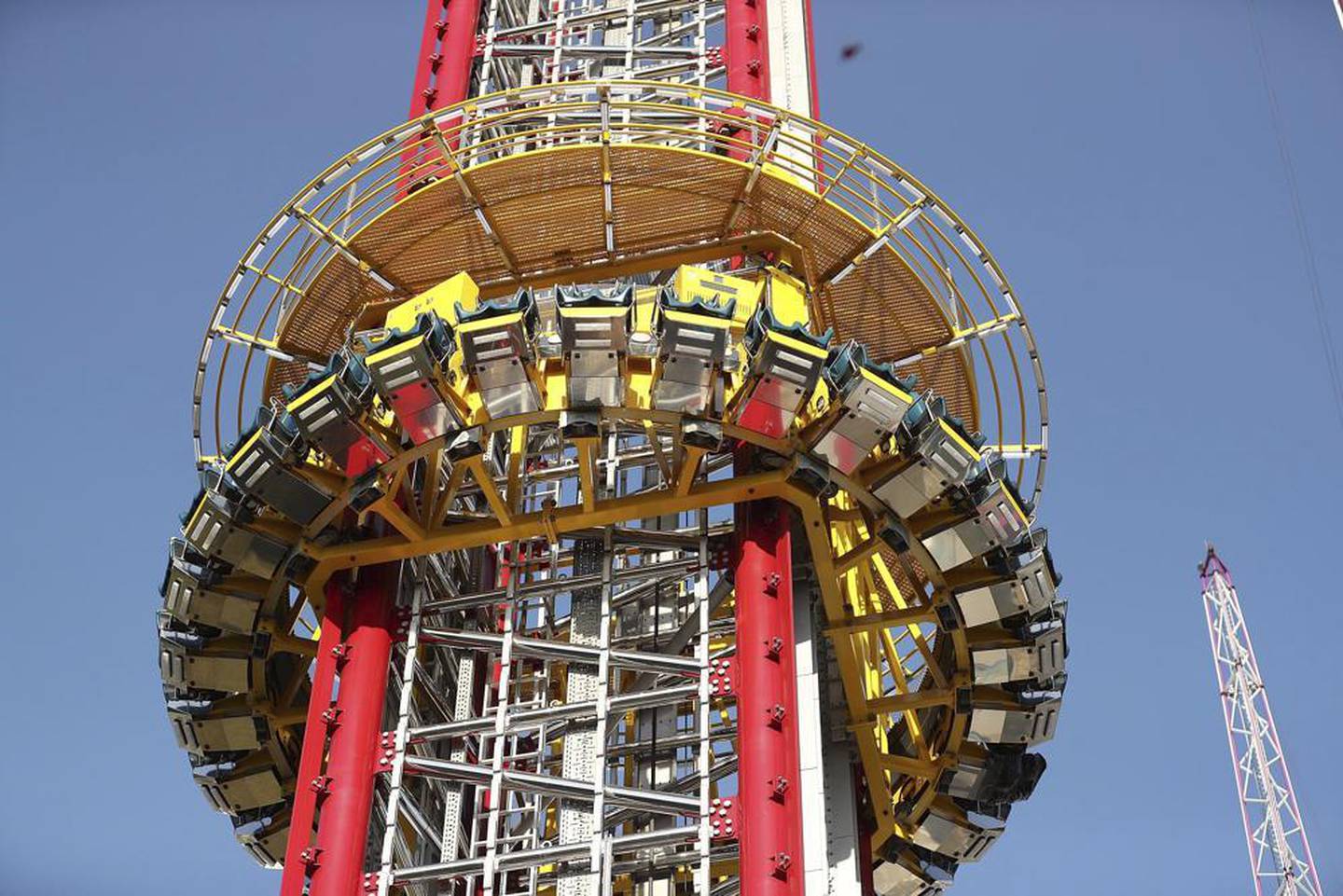 The younger Leon Howard told deputies that at the top of the ride, which is taller than the Statue of Liberty, he became nervous and closed his eyes until the ride stopped.

The incident report said nobody touched Sampson on the ground until deputies arrived. According to 911 calls released Tuesday, dispatchers asked witnesses who had called in the accident if they could perform CPR on Sampson.

One man told the dispatcher that Sampson was face down, "and he's about 300 pounds". The dispatcher started asking him to have someone help him move Sampson onto his back, but then deputies arrived at the scene.

A section of the incident report was redacted. The investigation into Sampson's death is ongoing, and the report and 911 calls were released because they had been reviewed and redacted for release, the sheriff's office said in an email.

Homicide investigators participated in the probe, according to the report. 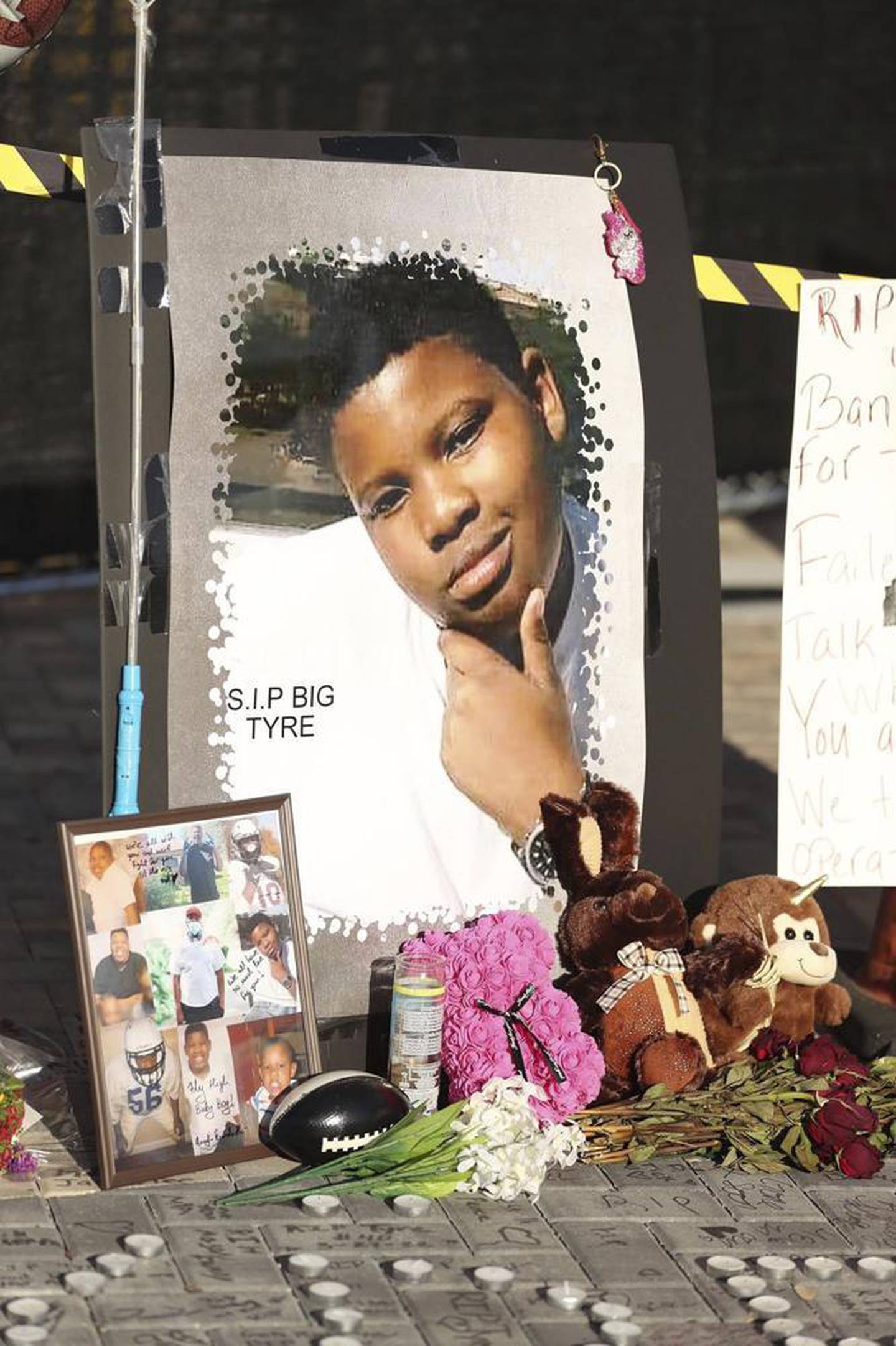 A photo of Tyre Sampson rests at a memorial site outside the Orlando Free Fall drop tower ride at ICON Park in Orlando. Photo / AP

An initial report by outside engineers hired by the Florida Department of Agriculture said sensors on the ride had been adjusted manually to double the size of the opening for restraints on two seats, resulting in Sampson not being properly secured before he slipped out and fell to his death.

The Department of Agriculture report said there were many other "potential contributions" to the accident and that a full review of the ride's design and operations is needed.

Last week, Sampson's parents sued the ride's owner, manufacturer and landlord, saying they were negligent and failed to provide a safe amusement ride. The lawsuit said the defendants failed to warn Sampson about the risks of someone of his size going on the ride and that they did not provide an appropriate restraint system. 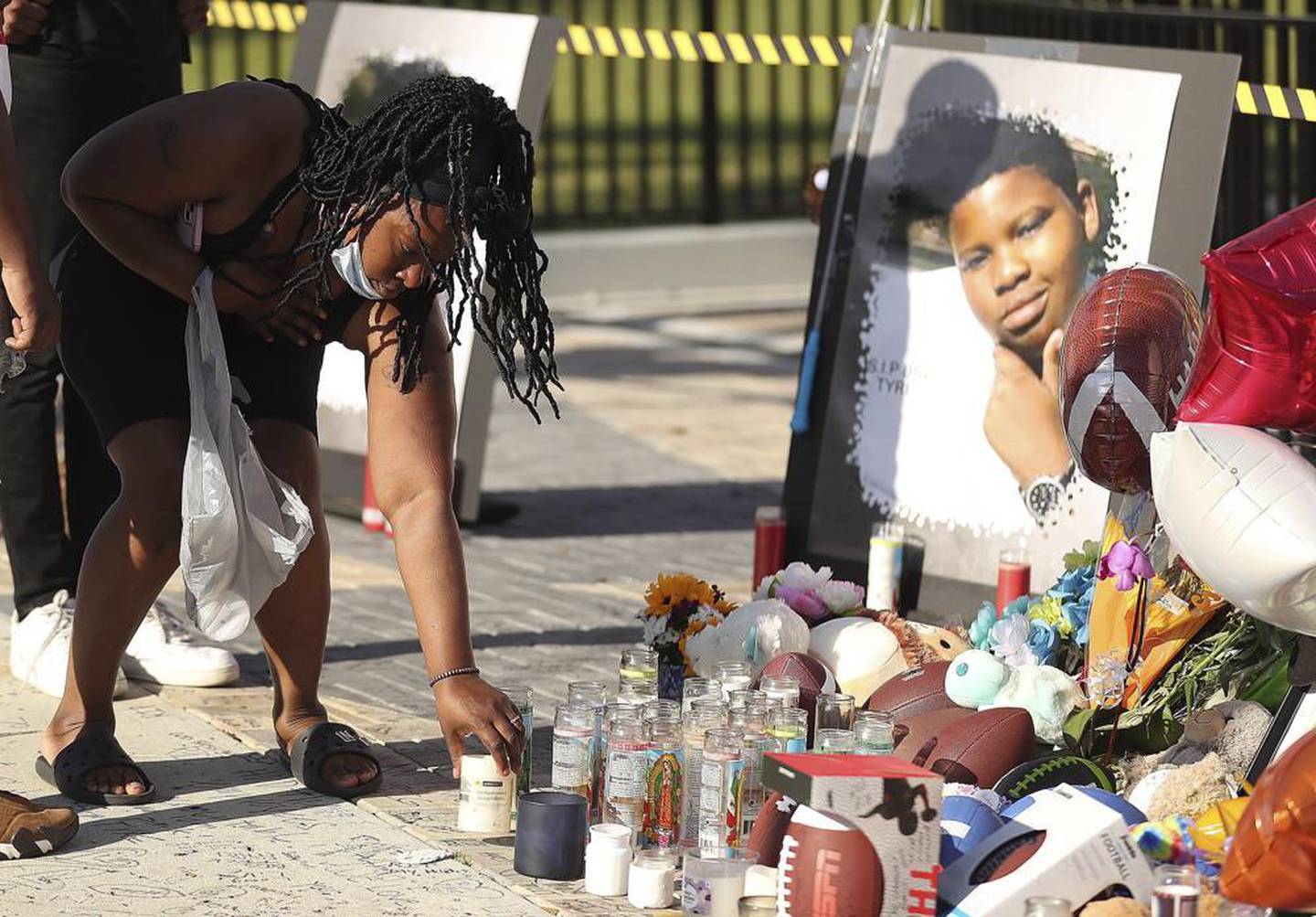 Family members and friends of Tyre Sampson leave items during a vigil in front of the Orlando Free Fall drop tower in ICON Park in Orlando. Photo / AP

"The Sheriff's Investigation simply confirms how tragic this accident was that took Tyre's life," Michael Haggard, an attorney for Sampson's mother, Nekia Dodd, said in an email Tuesday. "It was a totally preventable incident that should have never happened, but for the absolute negligence of all involved."