Two people have been charged with manslaughter after a three-year-old boy was found dead inside a daycare minibus in Cairns last week.

A 45-year-old man from Bentley Park who was the alleged driver of the blue Goodstart Early Learning bus, and a 34-year-old female employee from Manunda who was also on the bus have each been charged with one count of manslaughter, Queensland Police said in a statement.

Police allege the boy was collected from an address in Mount Sheridan around 9:00am in order to attend a local daycare centre, news.com.au reported.

But the boy was then allegedly left inside the vehicle unattended for several hours before being found dead in the carpark outside Hambledon State School in the southern suburb of Edmonton at 3.15pm.

The pair will face Cairns Magistrates Court on Tuesday.

Goodstart Early Learning said in a statement that two staff members had been formally stood down from its Edmonton centre following the charges.

A senior manager from the centre was working closely with police, the statement said. 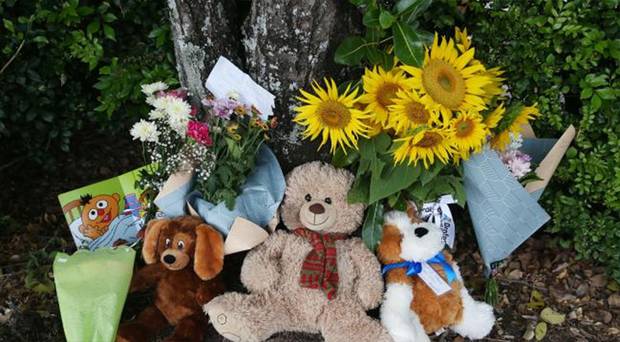 She offered her deepest condolences to the family of the boy, adding in a statement that the company had decided to "temporarily suspend" its bus services.

"Obviously we will do anything we possibly can to reach out and support the family of the young boy who tragically died," she said.

The temperature had reached 34C in Cairns on the day the boy was found.

He was not reported missing during the day and had been attending the Goodstart Early Learning centre for "at least a number of weeks", police said.

"This is horrific and they (the family) were distraught," Detective Inspector Jason Smith told reporters on Wednesday.

A police spokesman told news.com.au the driver of the bus, who discovered the young child, was later taken to Cairns Base Hospital "suffering shock and distress".