A 22-year-old who raised thousands of dollars for a fake political organisation by impersonating members of then-president Donald Trump's family on Twitter has been arrested for fraud and identity theft.

Joshua Hall was charged on Tuesday with wire fraud and identity theft, after spending months convincing hundreds of people to send him money for the phony political group, which pledged to get the 74-year-old re-elected. Hall spent the money he raised on personal expenses.

The Pennsylvania man impersonated Trump's teenage son, Barron, and other members of his family, while claiming that the Trump family backed his work for a group that actually did not exist. 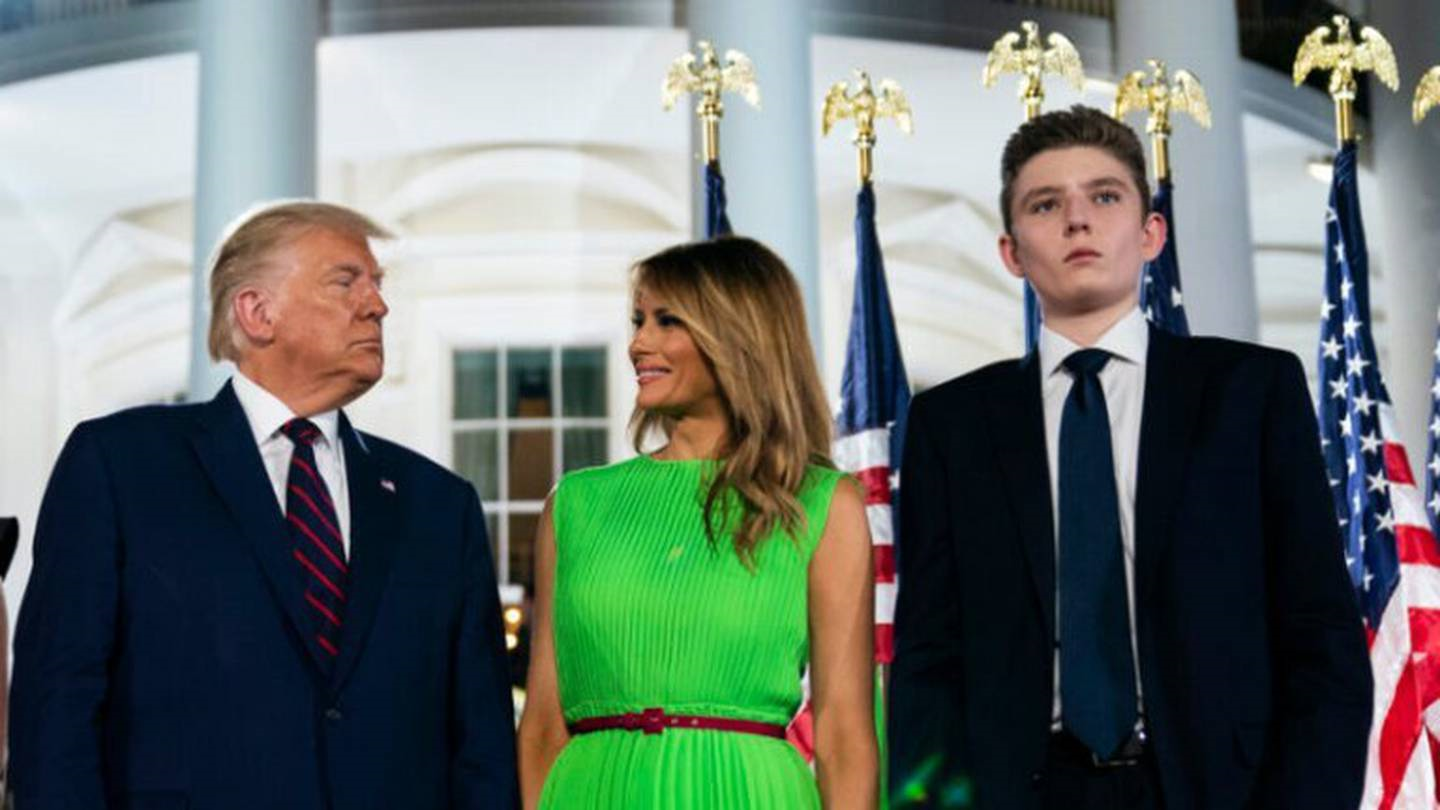 Donald, Melania and Barron Trump at the White House in August 2020. (Photo / AP)

The alleged scam came to light late last year, when the former leader himself responded to an article on a conservative site that claimed his sister, Elizabeth Trump Grau, had joined Twitter to support efforts to overturn the results of the presidential election.

The account had, of course, actually been created by Hall – who also created social media accounts in the middle of last year with the names of and photos of Trump's brother Robert, who died in August, and 15-year-old Barron.

"I was like, 'Oh, my goodness. He actually thinks it's his sister," Hall, a fervent Trump supporter, told The New York Times in December.

In another alleged impersonation, Hall-as-Barron – who was then 14 – appeared to describe the food delivery driver as his "friend and partner", calling Hall "an amazing patriot who is doing tremendous things for our great country. He has my complete and total endorsement!"

Hall told The Times there was "no nefarious intention" behind his behaviour; instead, he claimed, "I was just trying to rally up MAGA supporters and have fun."

He started impersonating Trump family members when Twitter suspended his personal account (because he had created multiple accounts under different identities), describing his attitude as "kind of like, 'What the hell, I'm just going to have fun now.'" Using their identities, he gained attention by "mixing off-colour political commentary with wild conspiracy theories, including one that the government wanted to implant Americans with microchips, and another that John F Kennedy Jr, who died in a plane crash in 1999, was alive and about to replace Mike Pence as vice-president", the publication reported.

He now faces as long as 20 years in prison if convicted of the wire fraud charge and a mandatory two-year sentence if found guilty of aggravated ID theft. He was released on a US$25,000 ($34,300) bond after appealing in a federal court.