A clinical immunologist in Australia has issued a grave prediction that Omicron cases will overwhelm hospitals.

Sydney-based doctor Dan Suan said Australian hospitals were "about to be overwhelmed by a tsunami of Covid patients," a scenario which will be detrimental to anyone who needs to access medical care.

"Australia: I am warning you in no uncertain terms," he tweeted.

"We *must* slow the spread of Omicron or we face a hospital-based disaster where people can't get the treatment they need, whether that be due to Covid or not."

His warning was in response to a tweet from a Victorian hospital group, Western Health, which said their emergency departments at three of their public hospitals were "under extreme pressure".

"Please DO NOT attend the ED unless absolutely necessary," they tweeted. Those with mild Covid symptoms seeking PCR or rapid tests should NOT ATTEND."

'We are beginning to run out of options'

This follows reports of widespread hospital staffing challenges, with health workers being forced into quarantine and isolation after being deemed as close contacts, or becoming infected with Covid. 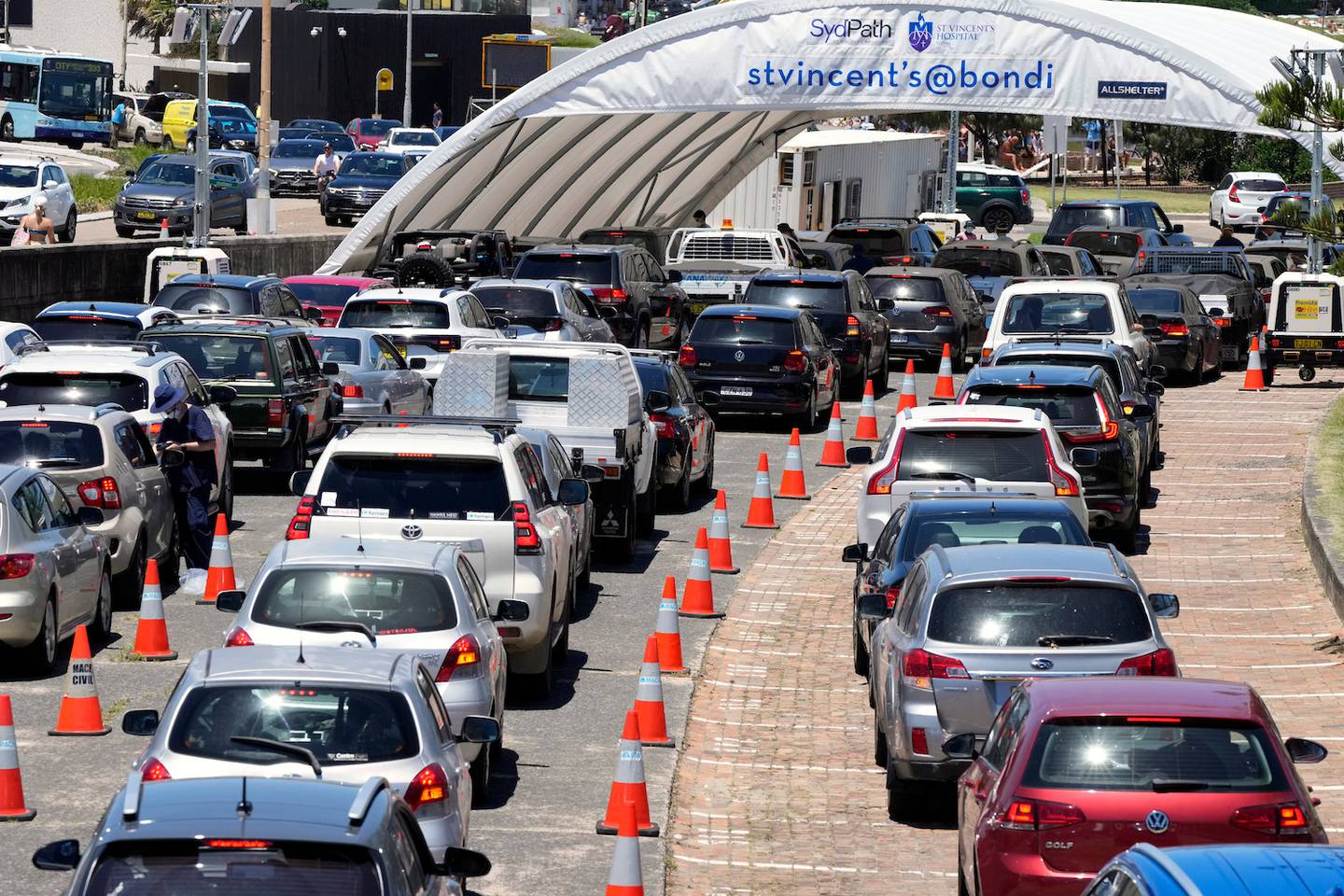 Cars line up at a drive-through Covid-19 testing clinic at Bondi Beach in Sydney before Christmas. Photo / Getty Images

"While we are trying our best to work around this, we are beginning to run out of options to maintain safe nursing staffing levels," wrote the executive director, Kevin Luong, in a staff communication email obtained by the ABC.

"Additionally, there is significant concern that there will be a surge in ED activity during the next few days, which may leave us extremely vulnerable and potentially compromise patient care."

Australian Medical Association (AMA) vice president Chris Moy has expressed similar worries. While the concerns were "right across the board," the situation is probably most pronounced in NSW, he said.

"What's happening there is that the staffing situation is becoming pretty critical at the moment," he told the ABC on Sunday. 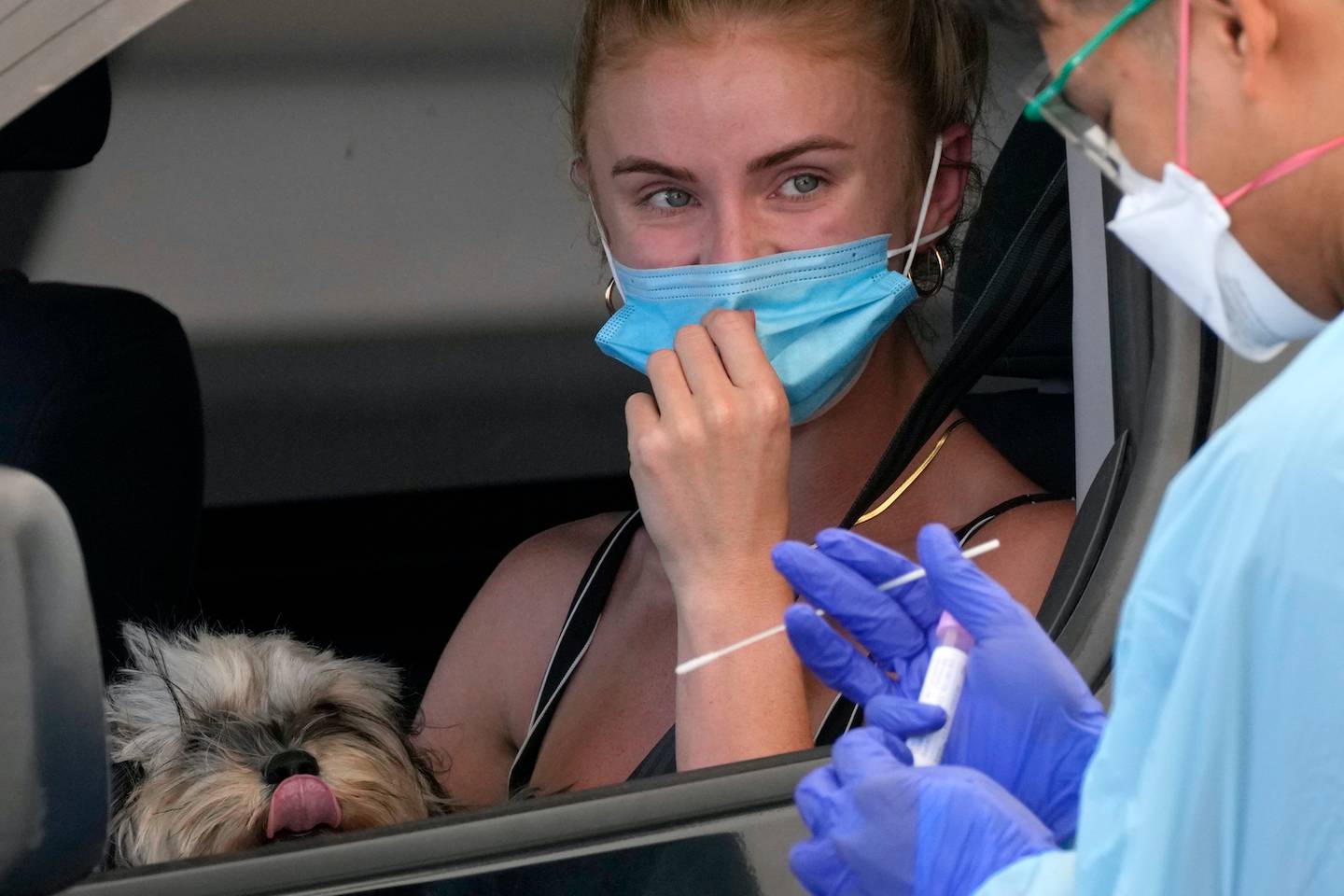 A dog keeps an eye on the presses as a woman has a swab taken at a drive-through Covid-19 testing clinic at Bondi Beach in Sydney. Photo / Getty Images

"I'm hearing about teams getting completely wiped out essentially because they are either contacts or they are positive.

"This is leading to a real problem and a real squeeze at the moment which is causing extreme stress on very exhausted health workforce," he said.

Daily case increases have also boomed in the same time period. Nationally, there were 3986 new cases recorded on December 20, with nearly 10 times (37,218 new infections) that figure logged on January 3. The bulk of those cases were found in NSW, with the state reporting 20,794 on Monday and 23,131 new confirmed cases today.

Since the start of Australia's battle with the Omicron variant, Dr Suan has been vocal in his fears that not enough is being done to protect Australia's hospital systems.

In a 17-minute video posted to Facebook on December 19, Dr Suan said NSW was "sleepwalking into an Omicron disaster," with fears Christmas could become a "simultaneous superspreader event". At the time, NSW was recording daily case increases within the 2000 to 3000 range.

"Omicron might be slightly less severe, but if the outbreak is huge and you put those things together, we'll still have a huge number of people needing to be hospitalised," he said at the time.

"It will overwhelm the hospital system easy."