Days after a volcanic eruption and tsunami turned their world upside down, photos on the ground show streets covered in thick ash and debris - but also highlight the Tongan people's resilience.

More images are starting to appear online as power is restored to parts of the kingdom - albeit with blackouts, still.

Relatives overseas who have received word from loved ones in Tonga have shared somewhat eerie photos of the damage and the clean up locals are now dealing with after Saturday's volcanic eruption and subsequent tsunami.

Joanna Michael Stanley, who lives in Australia, took to Facebook yesterday to show photos that had been sent through by an aunt, Kofeola Marian Kupu, of what things look like in Tonga right now. 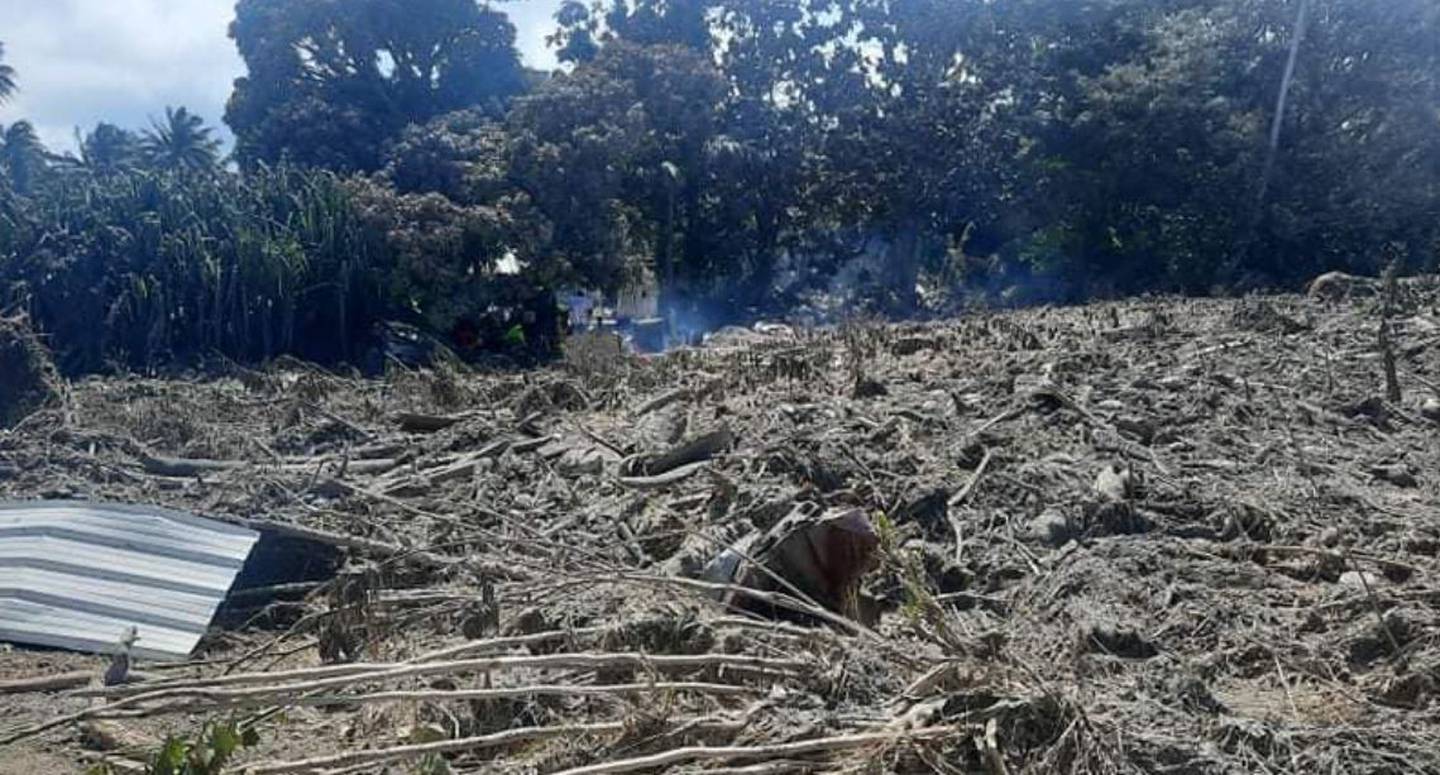 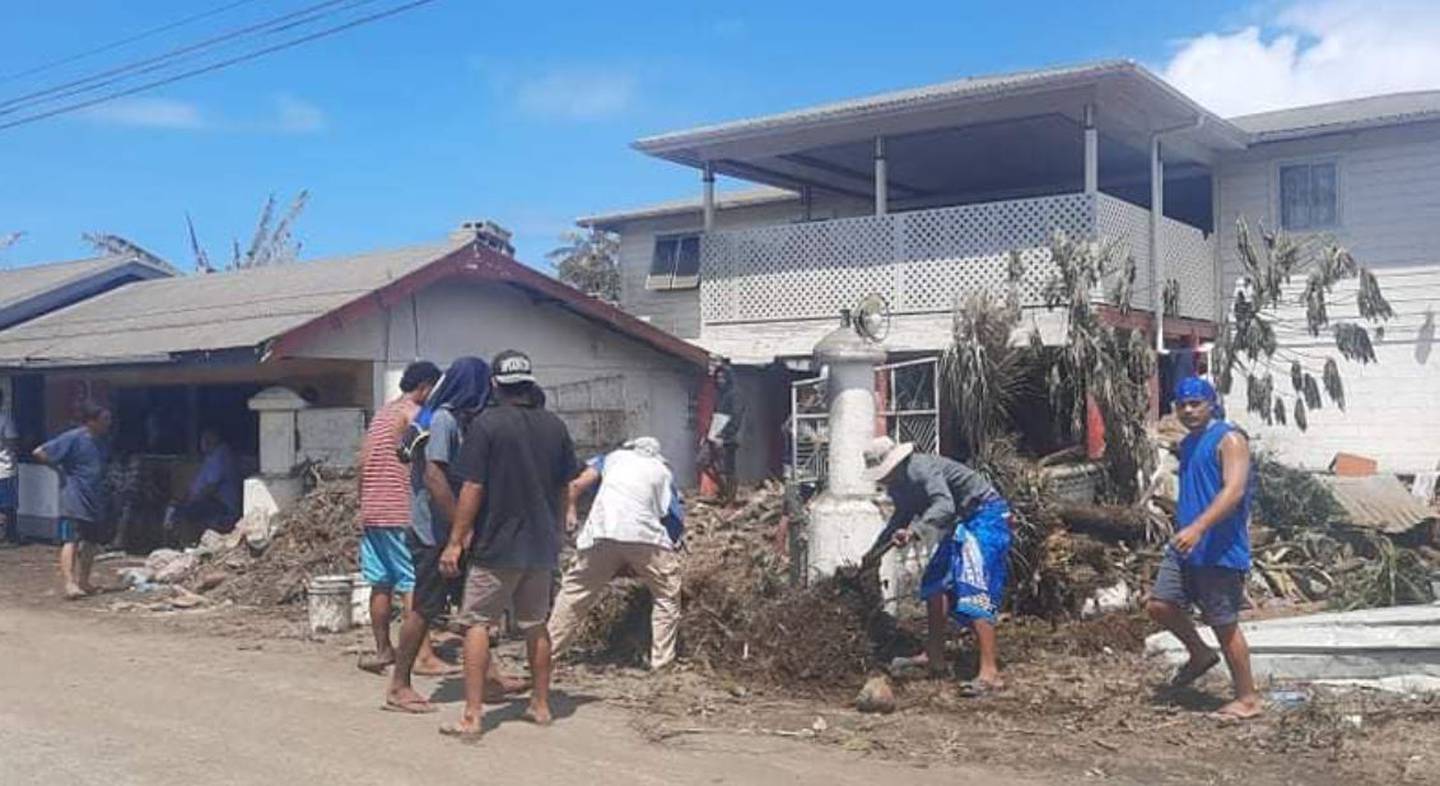 Men work to clear ash and rubble from a road in Tonga. Photo / Kofeola Marian Kupu 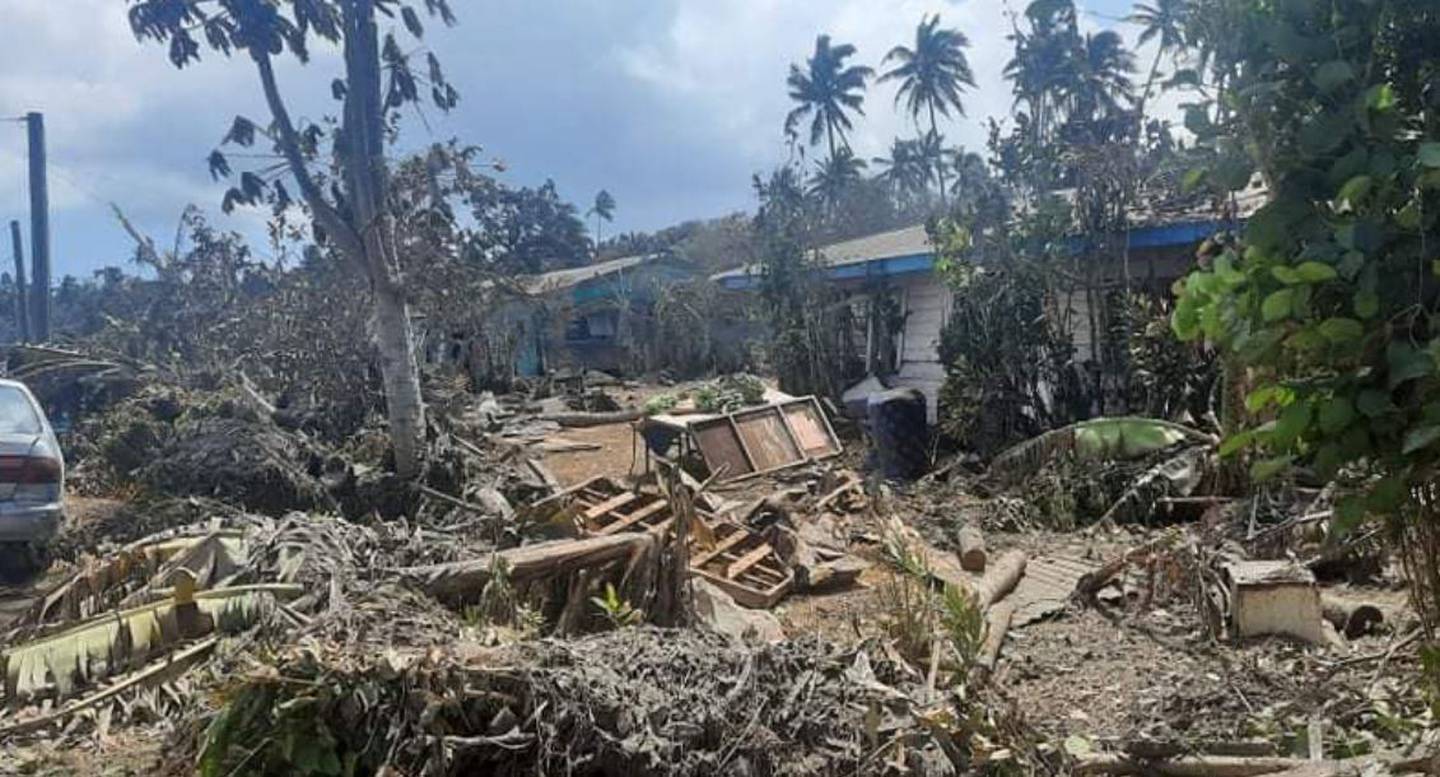 In scenes almost out of a movie, entire streets, homes and large buildings are seen covered entirely in thick dark ash.

Close up images of the ash show just how thick it is; with layers of it covering footpaths and blackening out a once white car.

The images also show locals already out and about - shovelling ash and dirt off the streets and clearing roads.

One photo shows men clearing away piles of ash and debris in the hot sun.

That work has also been done at the main airport runway in Tongatapu with officials calling on all able men to head out to the airport to help to clear the ash from the runway.

The NZ Defence Force aircraft, bringing essential and much-needed supplies, cannot land on the runway until it is cleared.

"It is hoped that clearing of the runway at Fua'amotu International Airport will allow New Zealand's first C-130 Hercules flight of relief supplies to proceed this week," the NZDF said yesterday. 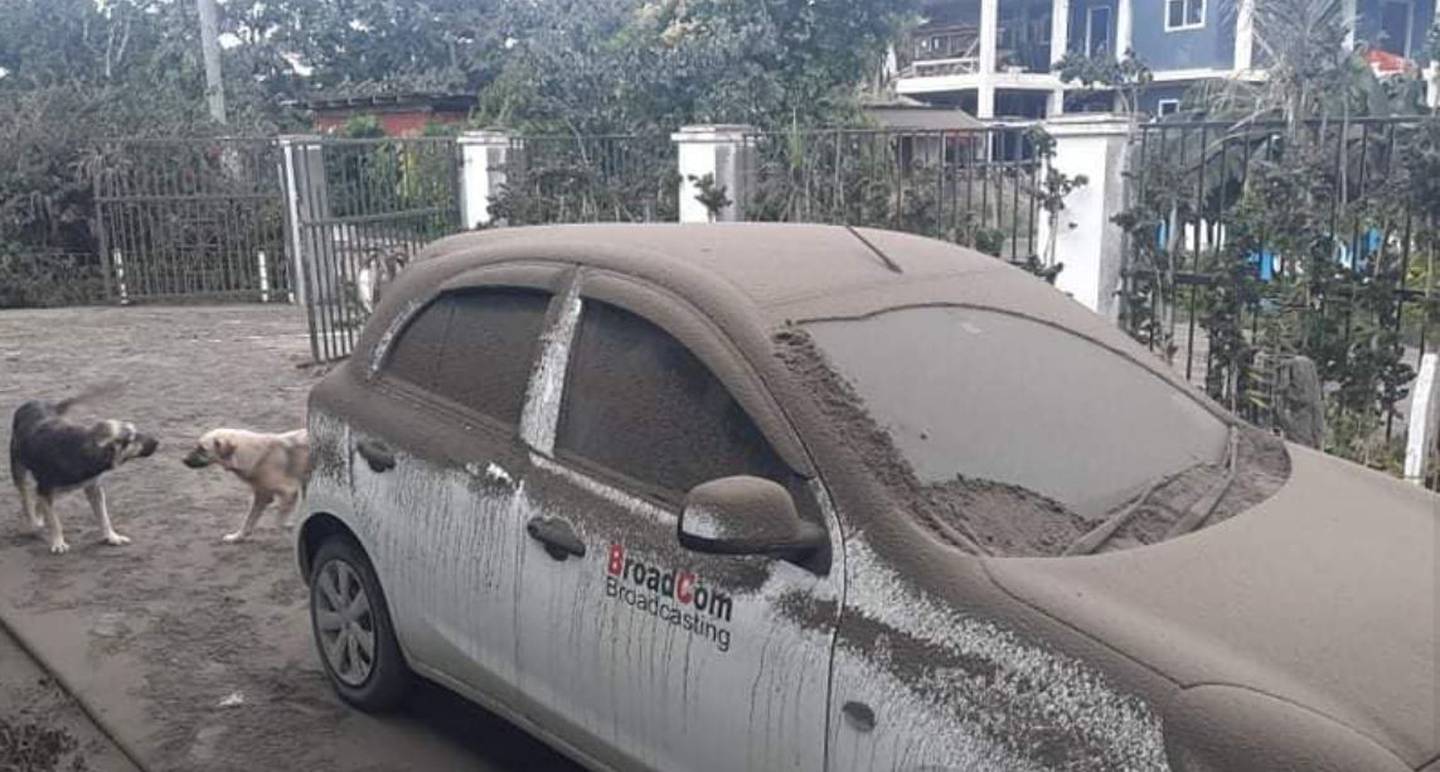 A car is blackened out by ash after a volcanic eruption in Tonga. Photo / Kofeola Marian Kupu 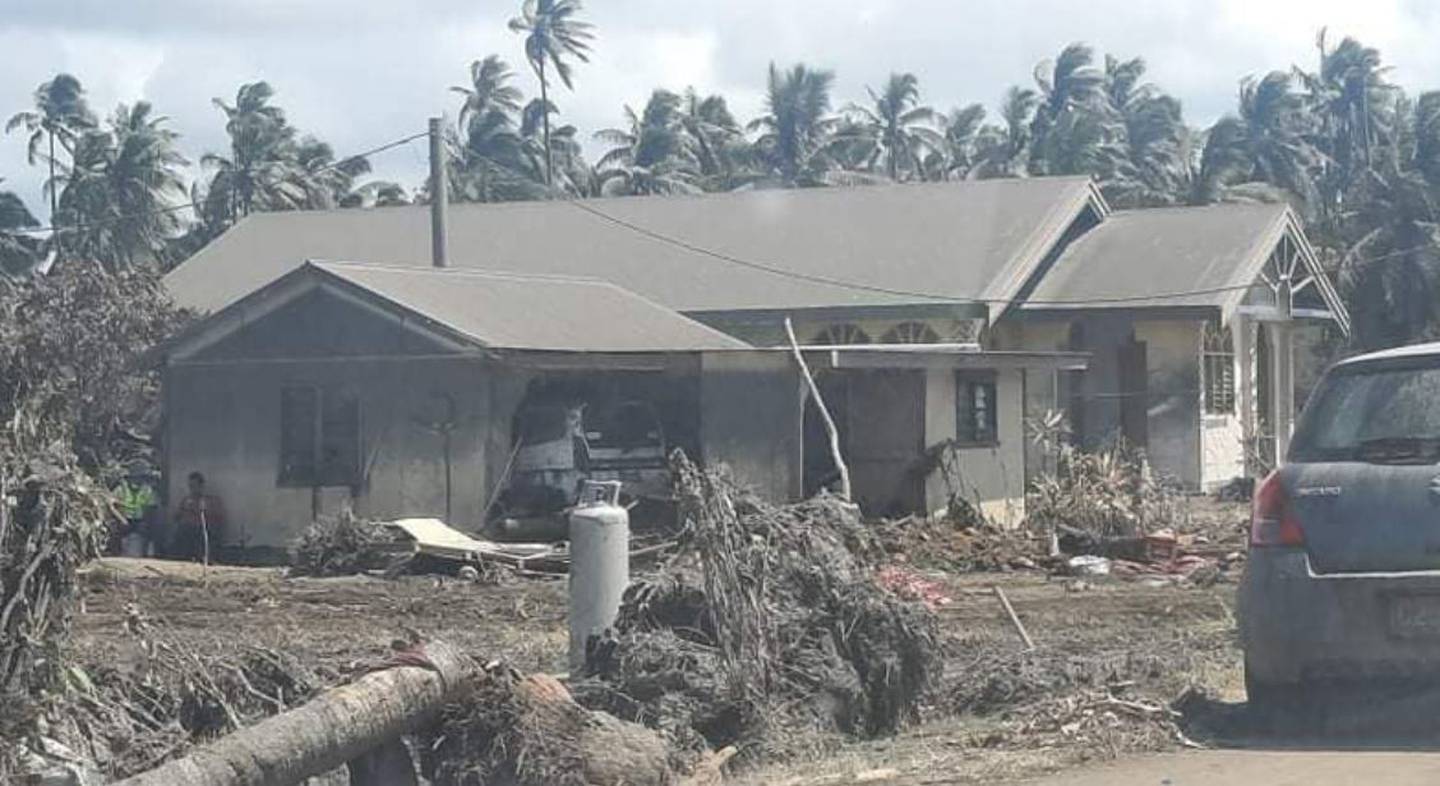 A church and surrounding area has been left covered with ash. Photo / Kofeola Marian Kupu 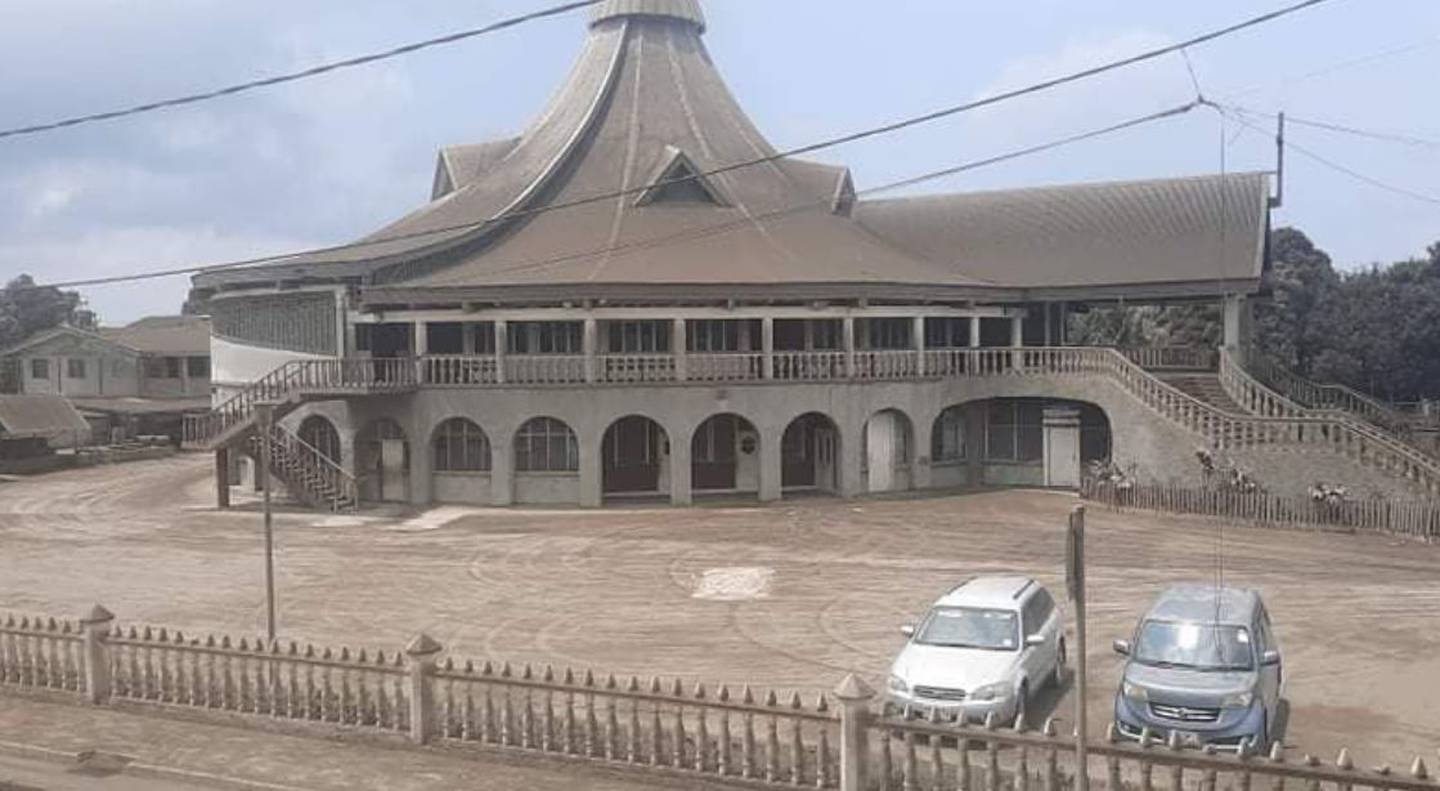 Ash covers a large building and the carpark and street outside. Photo / Kofeola Marian Kupu

Meanwhile, Ha'atafu Beach Resort - on the western tip of the main island of Tongatapu - is now flattened.

The resort is popular with tourists - particularly with surfers.

Its owners took to Facebook about midnight, sharing photos and video footage of what is now left of their resort.

"Ha'atafu Beach Resort is now unrecognisable and it's a miracle everyone got out safely.

"We continue to be humbled by all the beautiful messages and support you have shown on our page."

In one of the photos, a little boy with gumboots reaches his hand out to the camera, as another little one can be spotted just behind him, playing. Two Royal NZ Navy ships that set sail for Tonga on Tuesday are on track to arrive in Tongan waters by tomorrow.

"Planning and preparations continue for the deployment of the HMNZS Canterbury, with NH90 helicopters on board, elements from the New Zealand Army including engineers and a tri-service command team."

How you can help: To donate to help the people of Tonga, go to: New Zealand Red Cross.