Family of a British aid worker reported missing in the wake of the devastating eruption and tsunami are desperately seeking information after she was last seen by her husband as waves crashed into their Tongan home.

Angela Glover runs an animal rescue charity on Tonga's main island of Tongatapu and operates a tattoo business with her husband James.

The pair had reportedly returned home to rescue their dogs when the tsunami struck their property in the low-lying Veitongo area.

While her husband was able to cling onto a tree, the surging waters took Glover and her dogs. Glover's niece went public with an appeal on Facebook page for expats in Tonga.

"My uncle held on to a tree but my Auntie and dogs were washed away," she wrote.

"My uncle still hasn't been able to find my Auntie. If anyone has any information please reach out."

One News reported social media posts from friends and family sought information and claimed Angela's mother in Hove, England, had received a call from her son-in-law with the devastating news.

"Nothing confirmed other than at this stage, our beautiful girl is missing," one person wrote.

"We are hoping and praying that amongst the devastation she is found." 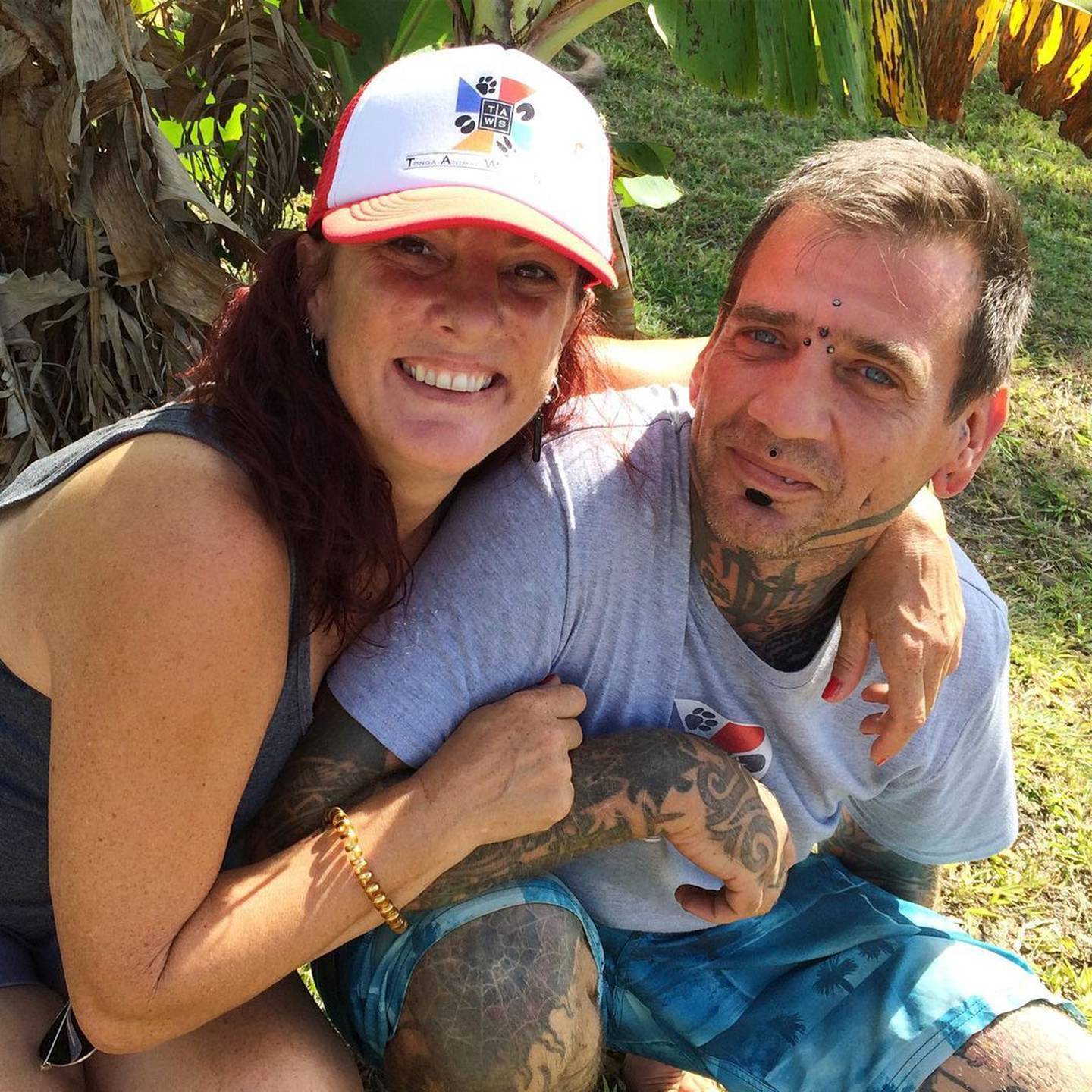 Today a Royal NZ Air Force Orion left for Tonga to assess the damage caused by the mammoth volcanic eruption over the weekend – and determine exactly what help the island kingdom needs.

The NZ Defence Force announced early this morning that an Orion aircraft had left for Tonga, from Auckland, and would make an initial assessment of the area and low-lying islands on arrival.

"We will provide more information once the situation and ways we can help become clearer. Our thoughts are with those who have been affected at this time."

The eruption and resulting tsunami waves have cut power and communication to Tonga and water has been contaminated by the ash from the massive explosion of the Hunga Tonga-Hunga Ha'apai undersea volcano, 65km from the Tongan capital, Nuku'alofa.

So far, there have been no confirmed injuries or casualties, although there are reports of at least two people missing.

Auckland's Tongan community is desperate for news of loved ones back home and many spent yesterday in vain trying to contact them after the eruption rocked the island kingdom.

After conflicting reports, it now seems almost certain that the undersea eruption over the weekend did cause a break in the cable that connects Tonga to the outside world – and that it will likely take around two weeks or longer to repair.

And that timeline could be stretched further because of the proximity of the break to the undersea volcano, and the danger of further eruptions.

On Sunday, testing indicated there could in fact be a break, but it was not clear if it was on land, which would take days to repair, or out at sea – the worst-case scenario – which could mean weeks before it could be reconnected.

In the meantime, the dust cloud from the volcano means that even satellite phone and internet connections are intermittent.

The best-case scenario – and one that seemed possible at first – was that the fibre was intact, and the internet outage was caused by power outages that disabled the cable.