Two people have drowned off a beach in northern Peru after tsunami surges were recorded in several coastal areas following the massive explosion of the Hunga Tonga-Hunga Ha'apai underwater volcano off Tonga.

Two women drowned when 2m waves hit a truck, dragging it into the sea at Naylamp beach, Lambayeque, in the north of the country.

The driver escaped but his wife and another women drowned in the swell, the Daily Mail reported.

Peruvian police said the two victims were found dead by officers from a Naylamp beach police station after "abnormal" waves hit the coastline. 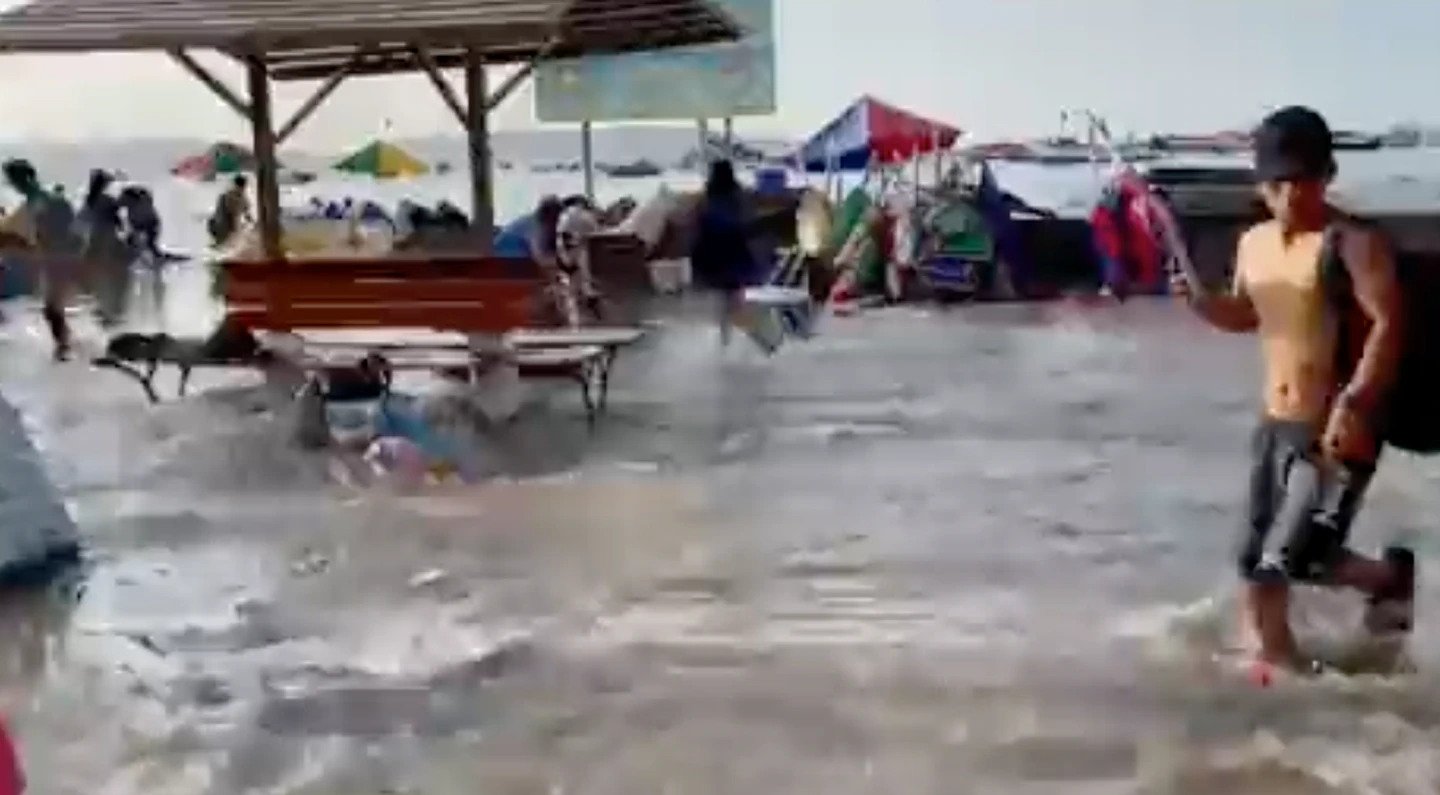 Tidal surges flood a market of a coastal town in Peru. Photo / via Twitter

So far, there have been no confirmed injuries or casualties in Tonga itself, although there are reports of at least two people missing.

The "once in a thousand years explosion" prompted tsunami warnings and evacuation orders around the world and caused huge surges on several South Pacific islands, around coastal New Zealand and in Japan.

The Peruvian Navy said that a tsunami alert was ruled out for the South American country, Reuters reported.