First satellite images of the island 65km north of Nuku'alofa show the extent of the devastating eruption.

Copernicus EU, the European Union earth observation programme, posted a before and after image of Hunga Tonga-Hunga Ha'apai with the caption: "The volcanic island is almost completely wiped out".

🔴 At 17:08 UTC yesterday, #Copernicus #Sentinel1 🇪🇺🛰️captured the 1⃣st image of #HungaTonga 🌋after the destructive eruption

The volcanic island is almost completely wiped out

The images show the blast obliterated the central area of the island, leaving only western and eastern parts of island above sea level.

The eruption of the volcano on Saturday prompted tsunami warnings and evacuation orders in neighbouring countries – including New Zealand's east coast – with huge waves on several South Pacific islands recorded.

Saturday's massive volcanic eruption caused "significant damage" to the island nation's capital and smothered it in dust. The eruption was so powerful it was recorded around the world and heard as far away as Alaska, triggering a tsunami that flooded Pacific coastlines from Japan to the US and South American countries.

A British woman living in Tonga's capital Nuku'alofa is the first known death in the disaster after she was swept away as tsunami waves surged along the coast. 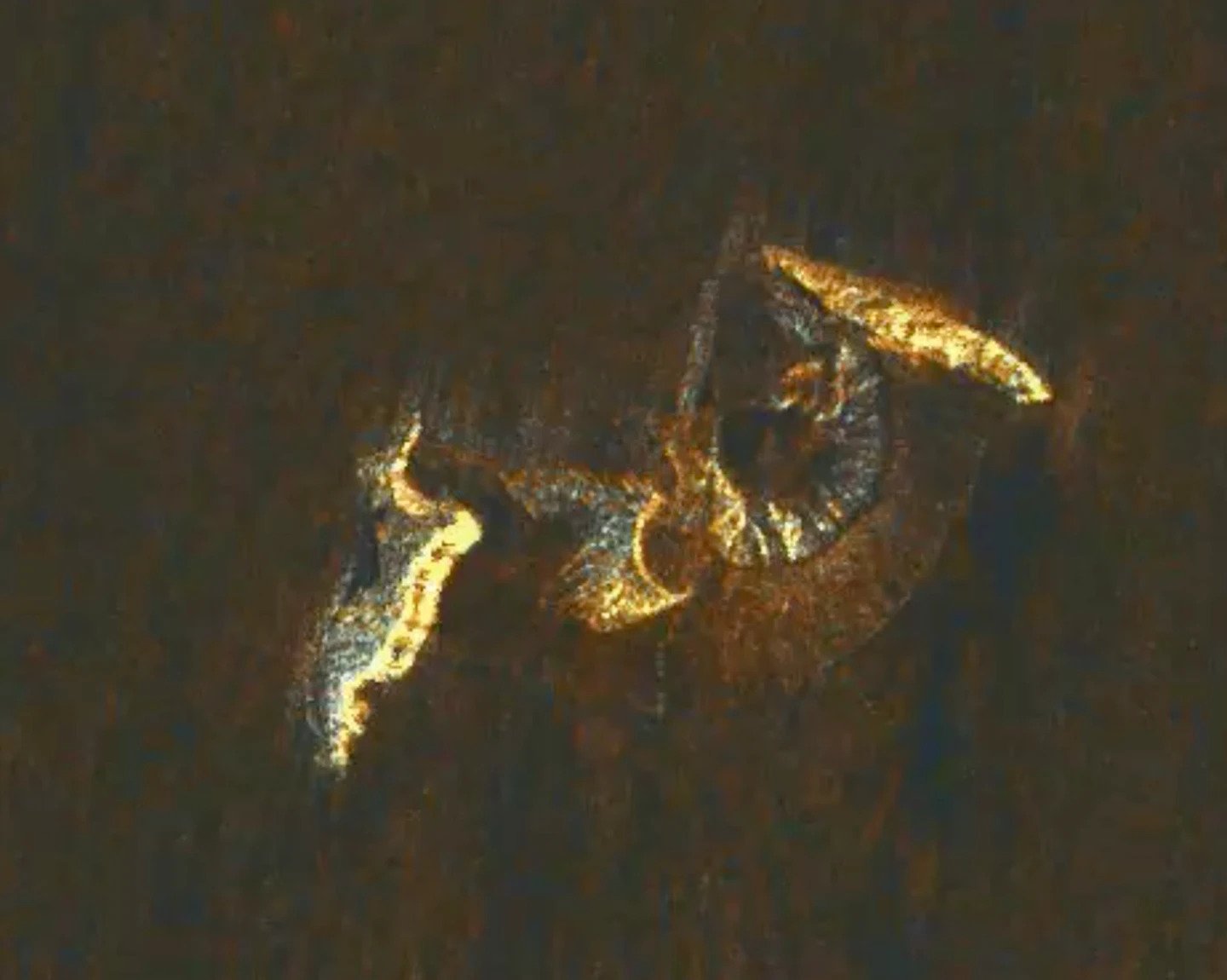 With communication cut off in some parts of the kingdom – and not expected to be repaired for weeks – the true toll of the dual eruption-tsunami disaster is not yet known.

The extent of the damage on the island remains unclear, with authorities suggesting Tonga may be stuck in cyber darkness for weeks.

"The tsunami has had a significant impact on the foreshore on the northern side of Nuku'alofa with boats and large boulders washed ashore," Ardern said after contact with the New Zealand embassy in Tonga.

"Nuku'alofa is covered in a thick film of volcanic dust but otherwise conditions are calm and stable."

The violent eruption a few hours ago of the Hunga Tonga-Hunga Haʻapai volcano captured by satellites GOES-West and Himawari-8. pic.twitter.com/PzV5v9apF6

Tonga was in need of water supplies, she said, as "the ash cloud has caused contamination". There has been no word on damage in the outer islands but yesterday a Defence Force reconnaissance aircraft was sent "to assist in an initial impact assessment of the area and low-lying islands".

The Red Cross estimates 80,000 people may have been affected by the tsunami, and dust from the volcano could contaminate water supplies. Aid authorities asked people to wear masks and drink bottled water.

A 1.2m wave swept ashore in the Tongan capital with residents reporting they had fled to higher ground, leaving behind flooded houses, some with structural damage, as small stones and ash fell from the sky. In this satellite photo taken by Planet Labs PBC, an island created by the underwater Hunga Tonga Hunga Ha'apai volcano is seen on November17, 2021. Photo / AP 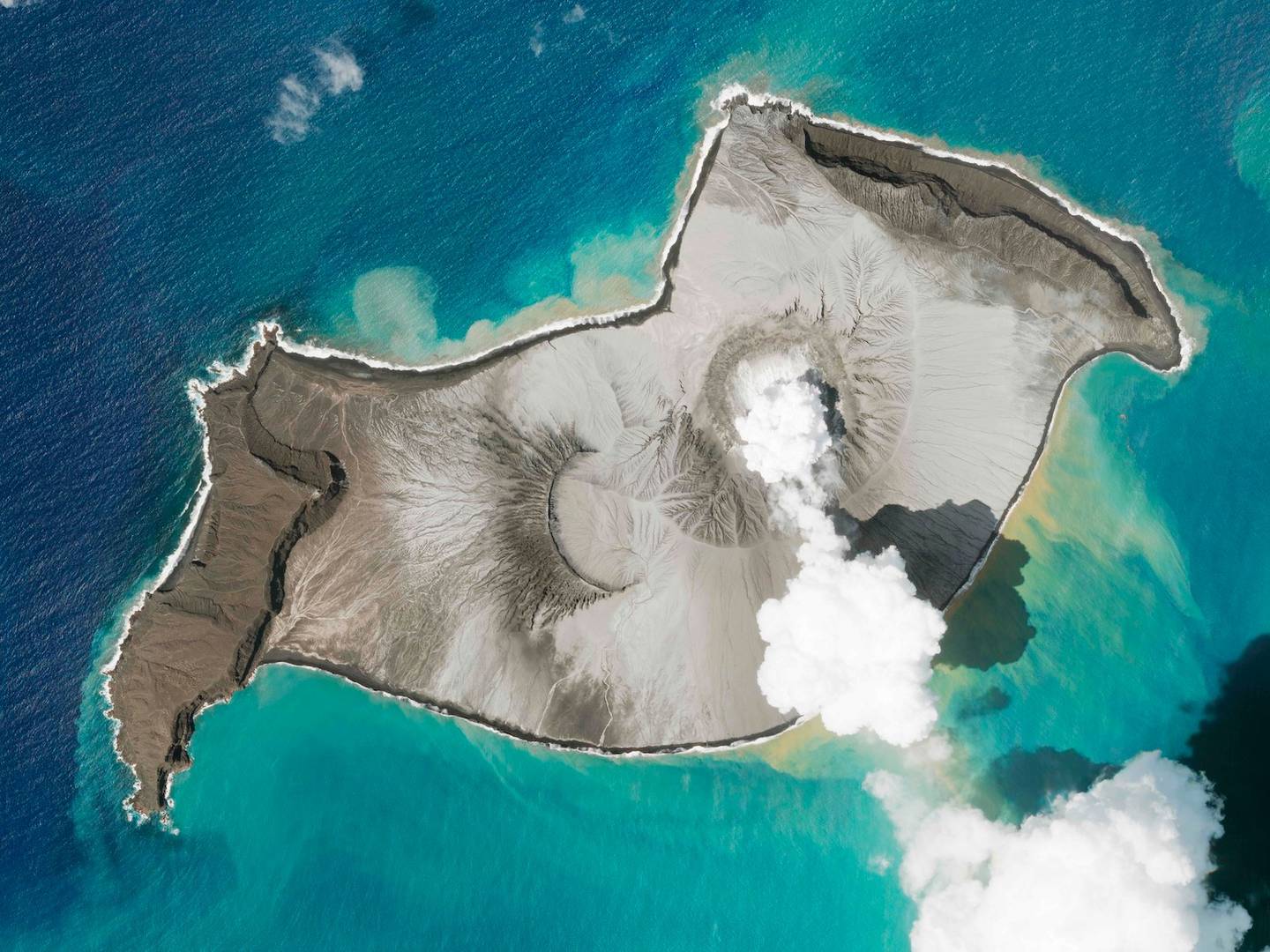 In this satellite photo taken by Planet Labs PBC, an island created by the underwater Hunga Tonga-Hunga Ha'apai volcano is seen smoking on January 7, 2022. Photo / AP 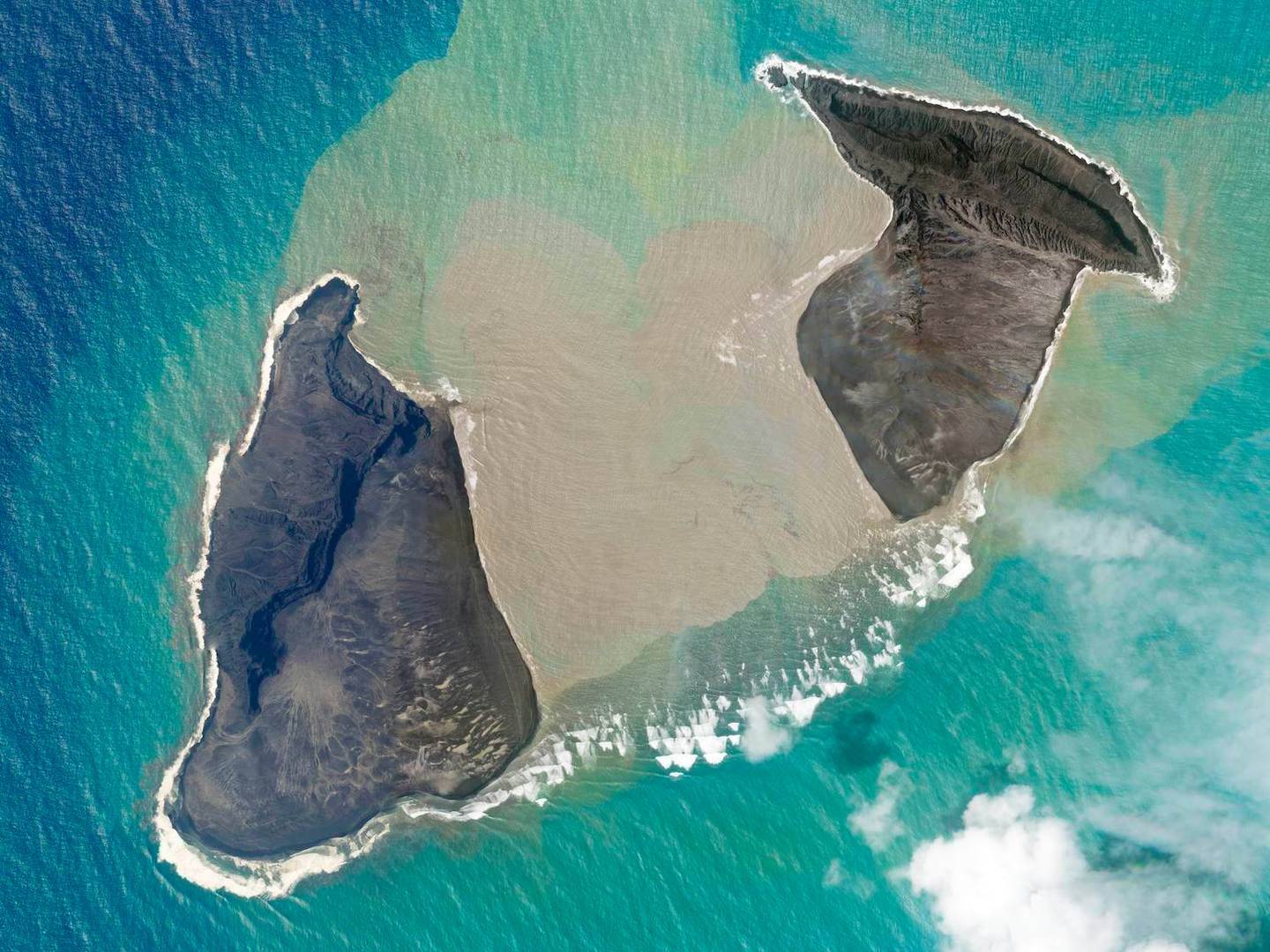 In this satellite photo taken by Planet Labs PBC, an island created by the underwater Hunga Tonga Hunga Ha'apai volcano is just before a massive eruption Saturday, January 15. Photo / AP

On Monday, a Darwin-based monitoring station said another "large eruption" had been detected at the Tonga volcano, two days after the initial massive eruption triggered tsunamis across the Pacific.

The latest eruption was detected at 22.10 Sunday GMT, according to an alert by the Darwin Volcanic Ash Advisory Centre.

The Pacific Tsunami Warning Centre also said it had detected large waves in the area.

"This might be from another explosion of [the] Tonga volcano. There are no known earthquakes of significant size to generate this wave."

The eruption is said to be "many times" more powerful than Whakaari/White Island tragedy in 2019, which saw 22 tourists killed who had been visiting the location.

Emeritus Professor Richard Arculus from the Australian National University told the ABC the while the volcano had been "fairly active" in the last 15 years – this eruption was a "major vent-clearing explosion" where the explosion at sea surface "spreads somewhat laterally" and ultimately turns into a "shockwave ring".

"This might not be over," he said, adding the volcanic activity could last weeks or even months yet.