A third person is confirmed to have died in the devastating Australian bushfires, with a body found in a burnt home on the mid north coast of NSW.

The Daily Telegraph reports the body of Julie Fletcher, 63, was discovered at a property in Johns River, north of Taree. 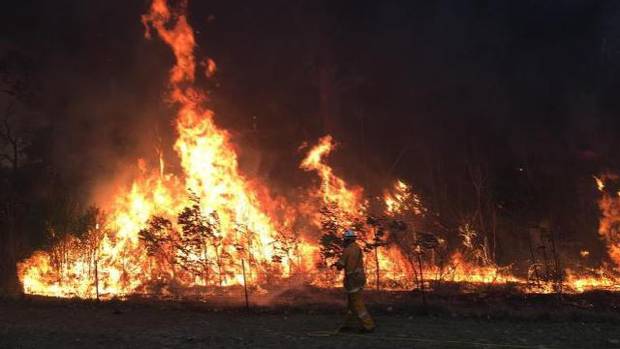 "The burnt out home belongs to a woman aged 63; however, a post-mortem examination will be required to confirm identity and cause of death," a NSW Police spokesperson said.

"Officers from Manning Great Lakes Police District are speaking with the woman's family, and have initiated inquiries."

Two victims of the devastating bushfires ripping through parts of Northern New South Wales and South East Queensland have been named.

The ABC identified Vivian Chaplain, 69, as one of the three people to have died in NSW's bushfire emergency.

Another victim, a man, was discovered inside a burnt out car this morning at the Kangawalla fire, near Glen Innes in NSW.

Julie Fletcher, 63, perished in the devastating bushfires, according to The Daily Telegraph.

Fletcher died in the small mid north coast town of Johns River, which is between Port Macquarie and Taree, on Saturday morning. 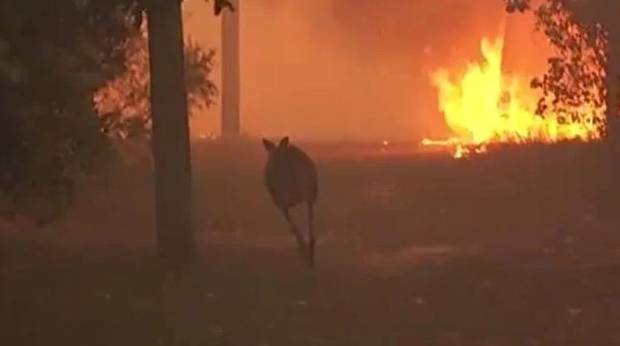 A kangaroo tries to escape the fires. Photo / News.com.au

NSW Police confirmed they found the body of a 63-year-old woman in a burnt-out building north of Taree.

The Daily Telegraph reports Fletcher had packed her car in an effort to escape the fires but didn't make it out.

"I got a message from her at 9.30pm on Friday night saying she was putting her things in the car and getting ready to go," Fletcher's friend and neighbour Diny Khan, 63, said.

Vivian Chaplain is reported to have been seriously injured when a bushfire swept through Wytaliba near Glen Innes. Tragically, she couldn't be saved. 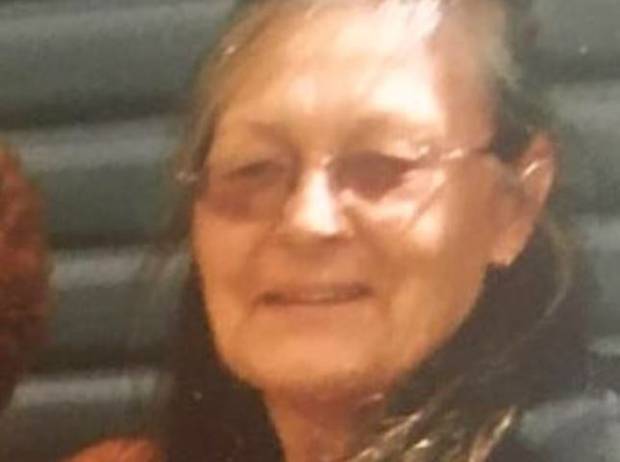 Vivian Chaplain, 69, is reported as having perished after a bushfire swept through Wytaliba near Glen Innes on Friday November 8, 2019. Photo / News.com.au

Earlier, RFS commissioner Shane Fitzsimmons said she had "40-50 per cent burns to her body", according to The Daily Telegraph.

"She was also unconscious and the crews were rendering first aid and CPR for several hours," he said.

Chaplain's daughter Chrystal Harwood told the ABC that the grandmother of six had headed back into the bushfire zone to save her animals and home.

"She was stuck and we couldn't get to her. The loss of her has devastated our family. There was nothing we could do."

'The whole sky was red'

News.com.au reporter Vanessa Brown is at Rainbow Flat, just to the east of the main fire front. She spoke to local resident Kim who said she had spent the night in her car after police evacuated them from their home.

She described the terrifying sight of the approaching fires: "The whole sky was red. It was pretty horrible."

She was sanguine about the prospect of losing her home.

"Look, it's a house. We have our five dogs and our four humans out. Everyone was happy that they had whatever they loved. And I've got the picture of my mum."

Julie, who also lives close to Rainbow Flat, spoke about the moment she saw her landlord's farm, caught up the horror blaze. 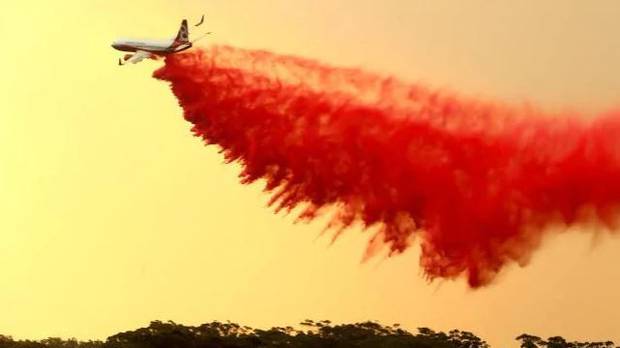 "I don't know whether the house went up. He came back to a property that I'm staying in and he was in tears. He just didn't know what was going to happen."

Julie doesn't know whether she will have a home to go back to.

"We've got 10,000 litres but there was no water coming through the hoses and the power's out. So it is a pretty scary.

She described her rushed evacuation: "Five dogs in the Barina, that wasn't fun."

A State of Fire Emergency has been declared across 42 local Government areas in Queensland as the state braces for worsening weather conditions over the next few days.

Lighting of all types of fires, as well as any activities that could spark a fire, is prohibited.

Elsewhere, South Australia have deployed a specialist team to assist with the fires.