Thousands of people marched through central London on Saturday in a protest over the soaring cost of living in Britain.

Huge crowds flooded into the British capital for the rally to demand that the government do more to help people faced with bills and other expenses that are rising more quickly than their wages.

Prime Minister Boris Johnson has been criticized for being slow to respond to the cost-of-living crisis. Inflation in Britain and across Europe has been surging, as Russia's war in Ukraine crimped supplies of energy and food staples like wheat. Prices were already rising before the war, as the global economic recovery from the Covid-19 pandemic resulted in strong consumer demand. 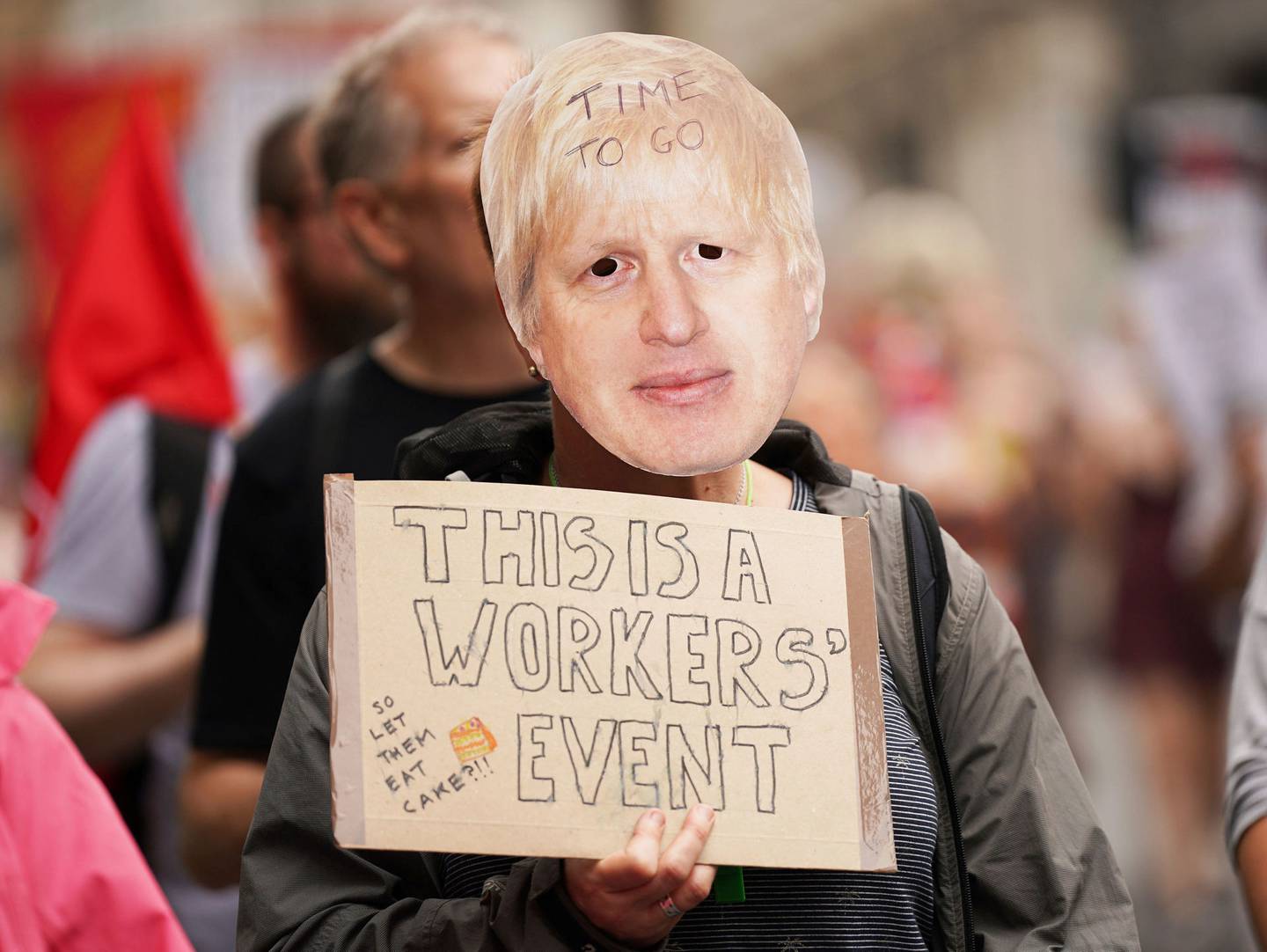 People hold up placards as they take part in a march to demand action on the cost of living in the UK. Photo / AP

Demonstrators carried banners with messages such as "Cut war not welfare." They booed when they passed by 10 Downing Street, the prime minister's residence, according to videos posted on social media.

Ben Robinson, who works for a housing charity in south London's Brixton neighbourhood, said the government doesn't realise how bad things are going to be for the poor.

"We've got residents who are coming into our offices who are choosing between feeding their own kids, not themselves, their own kids, and paying rent and heating," he said. "That is just not a choice that anyone should have to face, you know, in the fourth biggest economy in the world."

The TUC, an umbrella organisation for labor unions that organized the protest, said its research suggests workers have effectively lost a total of almost £20,000 ($38,800) since 2008 because pay hasn't kept pace with inflation.

Johnson's government is facing heavy pressure to do more to help Britons struggling with soaring fuel and food prices and domestic energy bills. In one example of the crunch for household finances, a data firm said the average cost of filling up a typical family car exceeding £100 pounds.