The Queen may never meet her great granddaughter Lilibet or see her great grandson Archie again, after the Duke of Sussex announced he will not bring his family to Britain unless he receives police protection.

The Duke is threatening to sue the Home Office over its refusal to provide security on his visits to the UK. He has insisted he has offered to pay for the Scotland Yard protection officers himself, but that his offer has been declined.

Home Office sources said they did not recognise Prince Harry's characterisation of the disagreement over his security arrangements.

But the refusal of the Duke and Duchess of Sussex to fly to the UK from their home in California until the security row is resolved means the Queen will not meet her great granddaughter Lilibet any time soon. 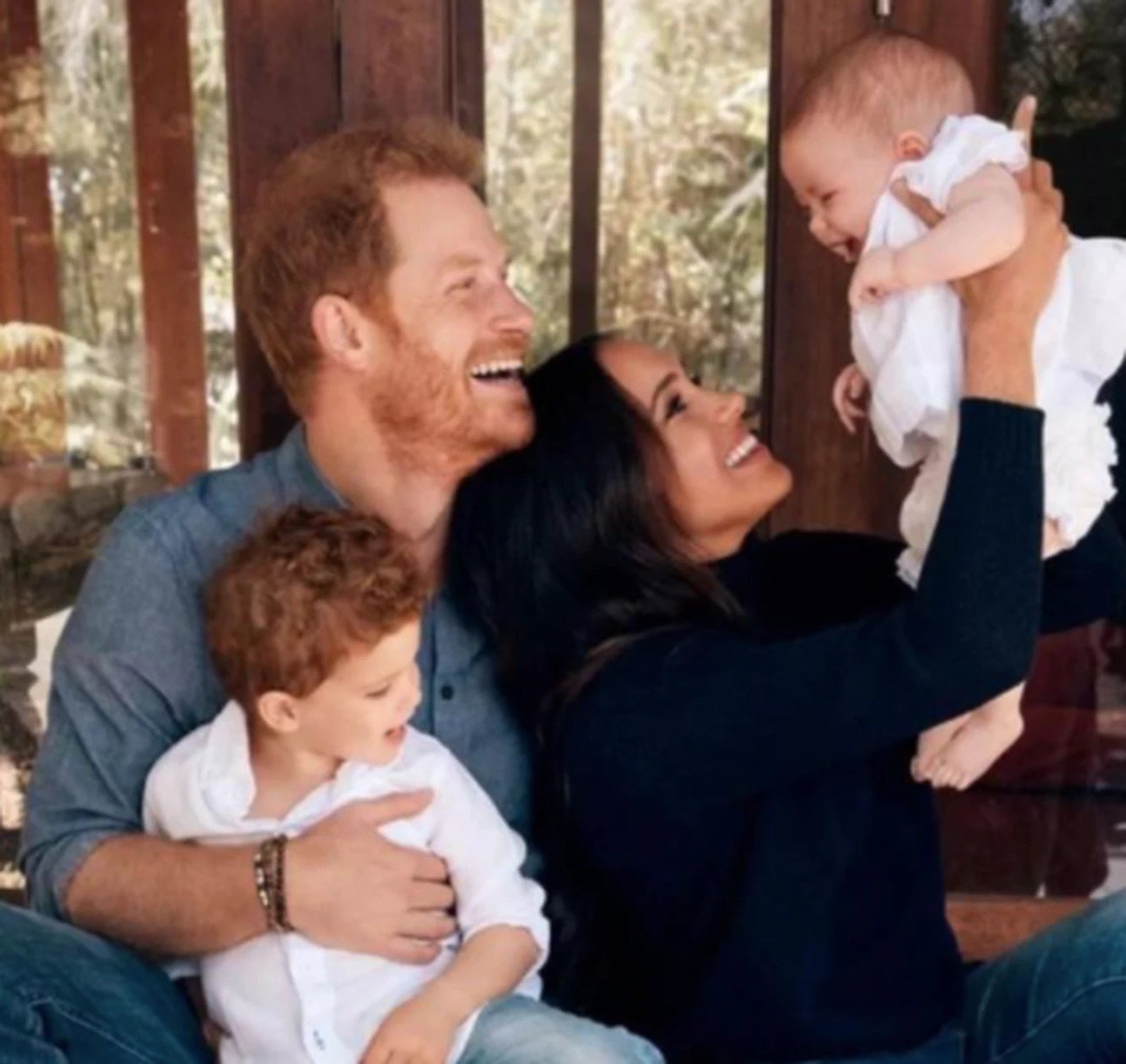 Prince Harry and Meghan with their children Archie and Lilibet. Photo / File

The Duke and Duchess' second child was born in the US and will turn one in June this year. Her brother Archie was born in May 2019 but has not been back to the UK since his parents initiated their infamous "Megxit" in January 2020.

Buckingham Palace declined to comment on speculation over whether the Queen may be upset that her grandson and family would not be returning to Britain.

In a statement, an unnamed legal representative for Prince Harry said: "The Duke and Duchess of Sussex personally fund a private security team for their family, yet that security cannot replicate the necessary police protection needed whilst in the UK. In the absence of such protection, Prince Harry and his family are unable to return to his home."

The legal representative said the Duke had "inherited a security risk at birth", pointed out he had "served two tours of combat duty in Afghanistan" and that his family has been subjected to "well-documented neo-Nazi and extremist threats" in recent years.

He added: "He remains willing to cover the cost of security, as not to impose on the British taxpayer. As is widely known, others who have left public office and have an inherent threat risk receive police protection at no cost to them. 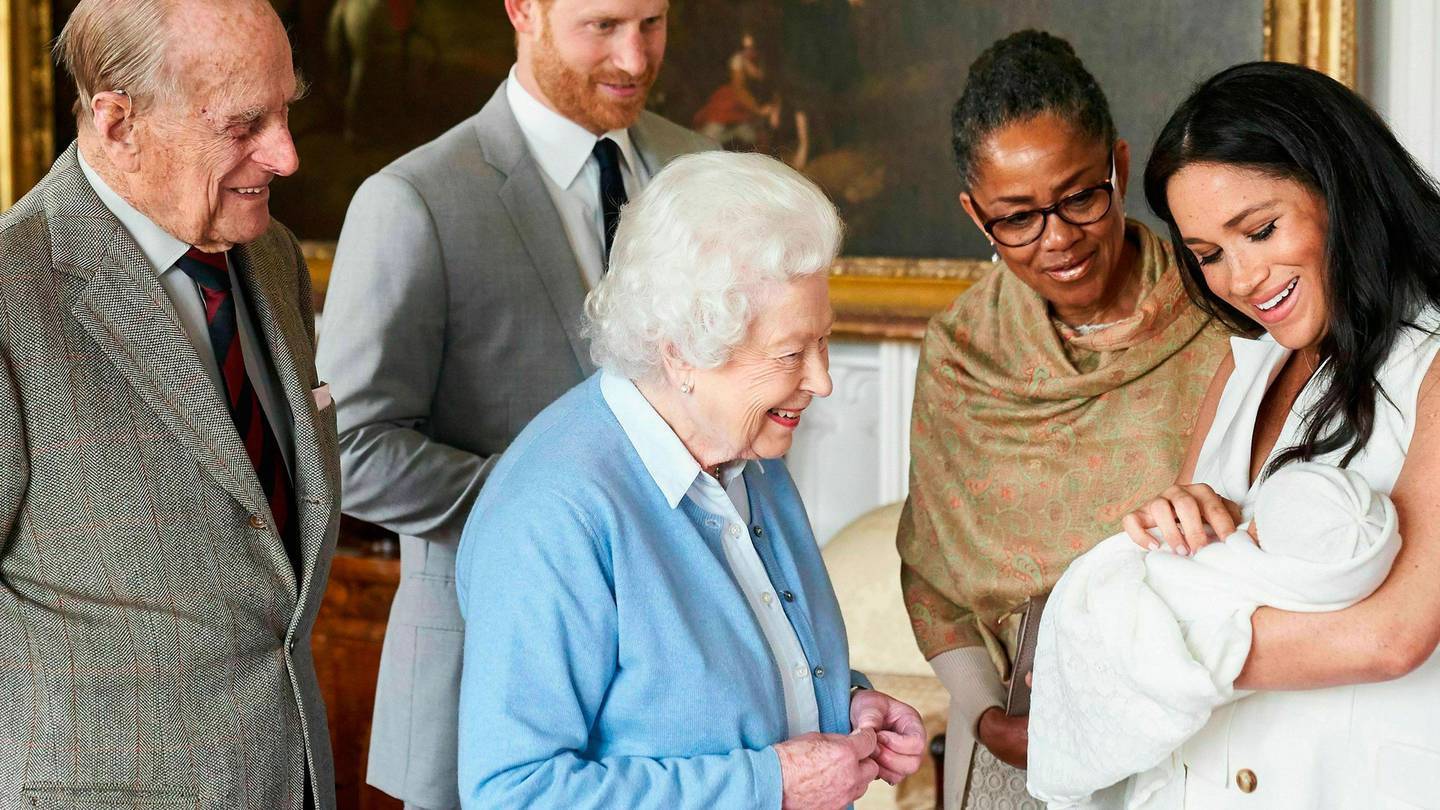 The Queen meeting Archie shortly after his birth. She may not see her great grandson again if the Duke of Sussex does not return to the UK. Photo / AP

"The goal for Prince Harry has been simple – to ensure the safety of himself and his family while in the UK so his children can know his home country.

"During his last visit to the UK in July 2021 – to unveil a statue in honour of his late mother – his security was compromised due to the absence of police protection, whilst leaving a charity event.

"After another attempt at negotiations was also rejected, he sought a judicial review in September 2021 to challenge the decision-making behind the security procedures, in the hopes that this could be re-evaluated for the obvious and necessary protection required."

Lawyers for the Duke filed a "pre-action protocol" that will – should the courts grant it – result in a judicial review. Such reviews can typically cost £100,000.

Lawyers for the Duke believe the refusal to give him protection has been unreasonable, opaque and inconsistent. They also insist he faces a greater threat in the UK than the US and that vital security information is not being shared with his private security team.

On Sunday, government sources indicated that ministers did not agree with the Duke's characterisation of the disagreement over his security arrangements. However, they would not be drawn on what arguments the Home Office intended to make in any legal dispute.

A spokesman said: "The UK Government's protective security system is rigorous and proportionate.

"It is our long-standing policy not to provide detailed information on those arrangements. To do so could compromise their integrity and affect individuals' security. It would also not be appropriate to comment on the detail of any legal proceedings."