A Kiwi journalist filming a documentary in Ukraine believes the Ukrainian people will never accept a settlement that sees territory handed over to Russia, as a result of the atrocities the invading forces have inflicted on the people.

Tom Mutch has been reporting in Ukraine since before Russia invaded at the end of February, and is currently reporting out of Kramatorsk, in the Donetsk Oblast near where much of the fighting is happening on the Ukraine-Russia border.

Speaking to the NZ Herald's The Front Page podcast, Mutch said that while the town he is currently in has avoided much of the conflict, one he passed through - Malaya Rohan, 15 minutes from Kharkiv - has experienced the brutality of Russia.

"The town was under Russian occupation for roundabout five weeks. And they said that for instance, some of the Russian troops got drunk and they raped a young woman in the area. Another one shot and killed one of the villagers, again, drunkenly. One of the women said that the Russian officers would take potshots at her for fun late at night and stuff like that." 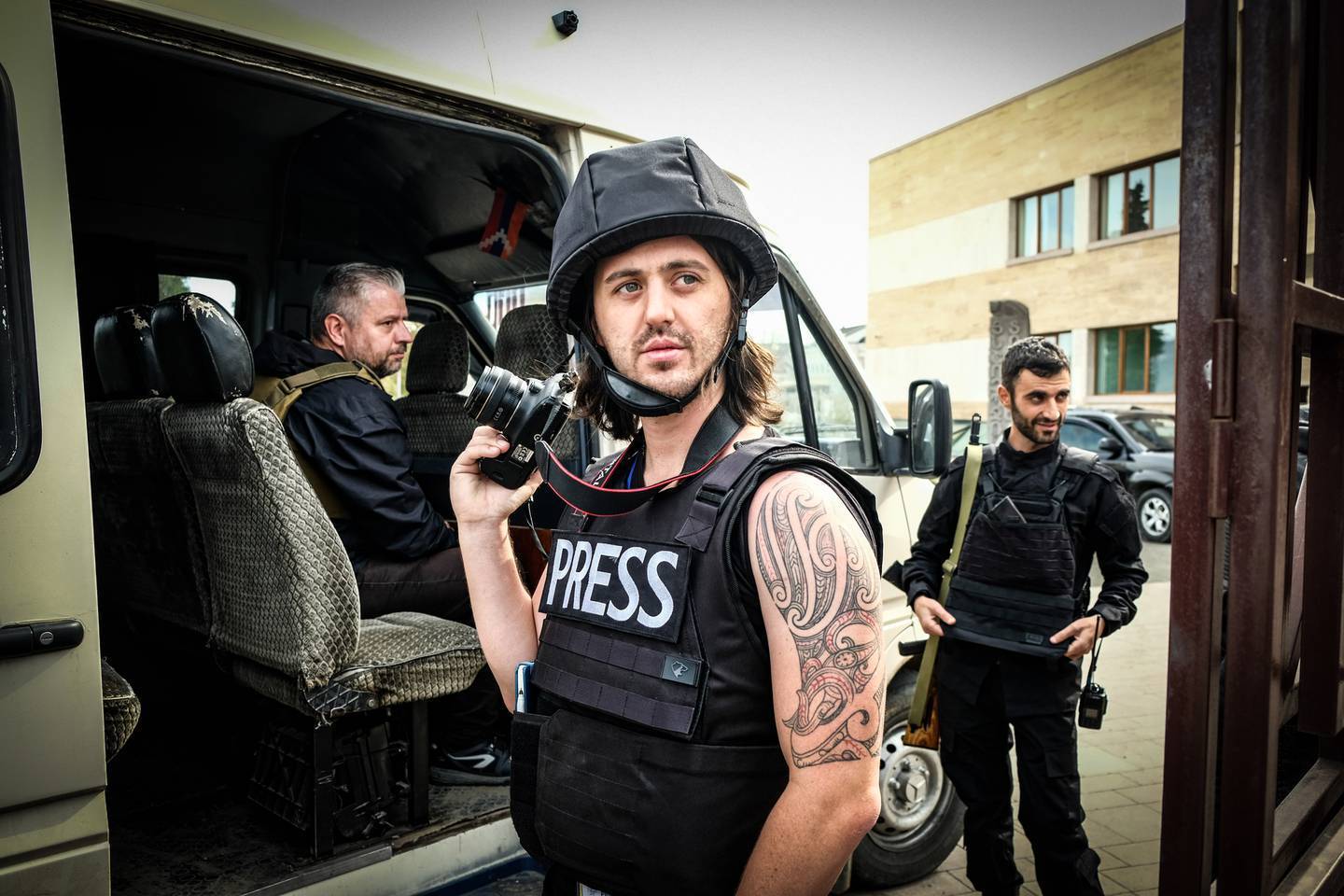 New Zealand journalist Tom Mutch has been in Ukraine since the start of Russia's invasion. Photo / Tom Mutch

Mutch said that the Ukrainians have reacted with "revulsion and horror" at each new report of these atrocities - and it will make it very difficult for them to accept a deal that involves giving up territory.

"Maybe in the past you might be able to sell something like 'we have to like give up a certain piece of territory so that the rest of the country is sort of saved'. But now that we seem to know what goes on in the areas that Russia controls, people would effectively see their country folk being left to their deaths more than anything."

The atrocities are helping further the Ukrainian resistance, with more people signing up for the military then there are guns to provide. Military service was compulsory prior to the invasion, and Mutch said one recruitment officer told him that people would try to bribe them to get out of the service.

"Now people are so desperate to join up and fight that they're trying to bribe recruitment officers to let them join the fight, let them go to the frontline."

He said that everyone he has come across all resent the Russians, and that people are united in one goal: forcing them out of the country.

Their morale is aided by the fact that the Russian armies are struggling to make any gains. While Mariupol has been devastated by the invasion - "wiped off the map" is how Mutch described it - Russia notably failed to take the capital city of Kyiv, and is now struggling in the Donbas region where most of their firepower is targeted.

Mutch said there are now reports that people in Kyiv are moving on with their lives, with live shows and gatherings picking up as the central and western parts of Ukraine avoid the brunt of the conflict hitting the eastern and southern areas.

As for how long the conflict could continue for, Mutch said Ukraine is speculating as much as the rest of the world on what Russian President Vladimir Putin's endgame is now.

"At the very, very start of the war, they wanted a regime change, operation and care that would grant Russi all of its political goals and effectively end Ukrainian independence, make it a puppet state. Now it seems that more, that he's looking for a kind of a way to save face.

"It just does the same now that he is trying to concentrate all his firepower on taking the Donetsk and Oblast regions, and it's very, very unlikely that they'll have the troops of the manpower or the logistics to take any more of the country."

Listen to the podcast above for more from Mutch on the morale on the ground, what Ukrainians want from the world and the key thing New Zealanders should keep in mind.