Imagine if one of Australia's top business figures – say, retail tycoon Gerry Harvey, mega developer Harry Triguboff or mining billionaire Andrew "Twiggy" Forrest – was summoned to Canberra to see a furious Scott Morrison after criticising one of his key policies.

Then, picture a reality where that extremely prominent, wealthy and powerful figure was essentially never seen again, and their corporate assets were restricted, broken up and siphoned off, or shut down entirely.

Just think about the uproar if a few pride-wounding words cost literally hundreds of billions of dollars.

While it sounds like something out of a dystopian novel, that exact scenario played out in China last year with the founder of one of the planet's biggest companies.

And it took just a few minutes for Jack Ma's world to come crashing down around him.

Less than 12 months ago, the tech pioneer was the richest man in China whose latest venture was about to launch an initial public offering worth a staggering US$37 billion.

The Ant Group, the world's largest fintech company, was a spin-off of his hugely Alibaba Group – the Amazon of China – which boasted a combined value of more than US$1 trillion.

But just one speech in Shanghai to a group of the country's top business leaders in October changed all of that.

The Ant Group's IPO was cancelled. His companies have been hit with hefty penalties and forced to restructure, with new 'partners' instituted at senior levels by the government and a chilling process of dismantling under way.

Ma vanished from public life and speculation mounted that he was either under house arrest, hiding abroad or dead. 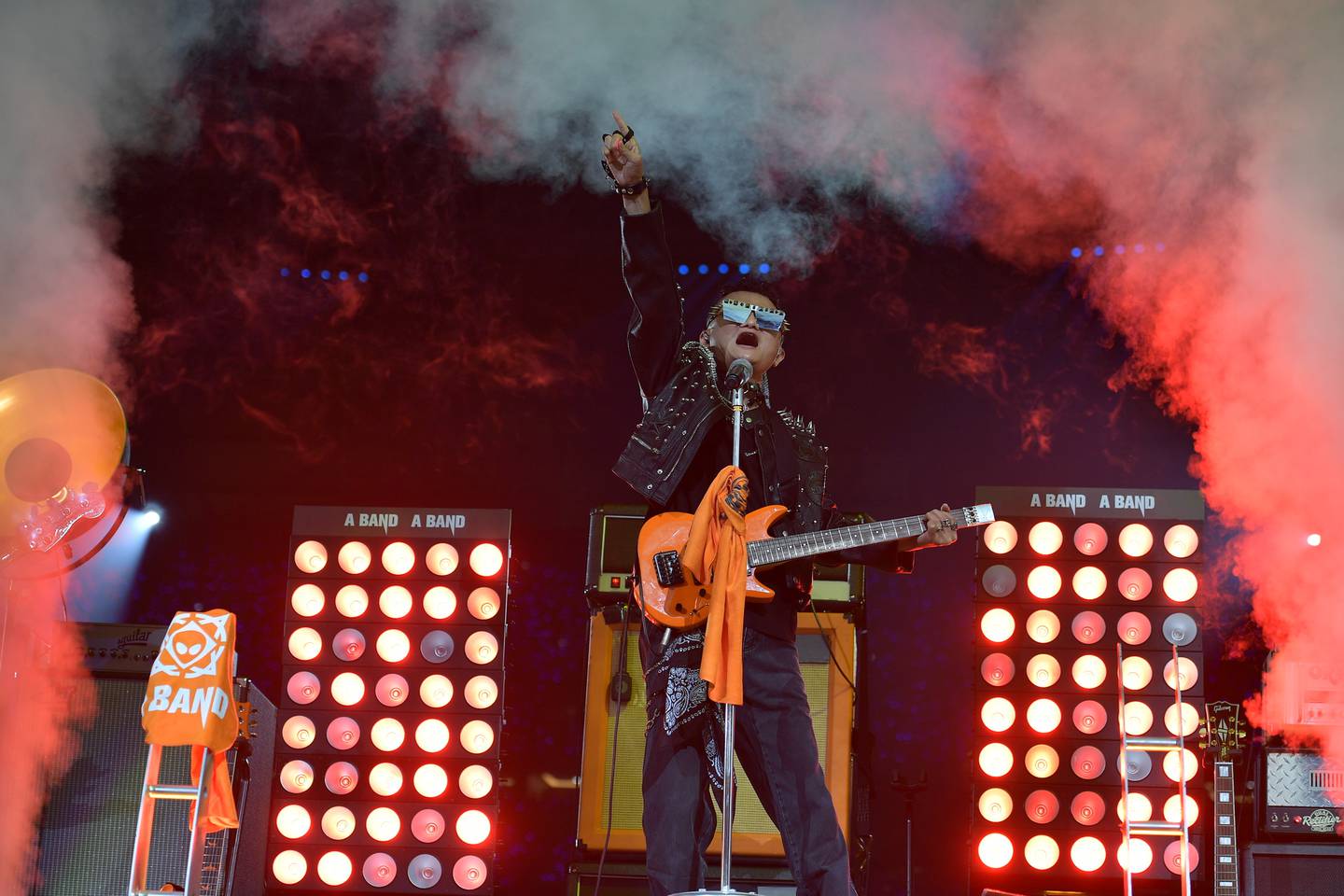 Several billion dollars was wiped from his personal wealth.

There have been just a handful of bizarre sightings in the nine months since his fateful words at an otherwise unremarkable conference.

Forbes writer George Calhoun counted them – six apparent appearances of Ma in nine months that are all "suspiciously vague and indirect".

In China, those seemingly choreographed appearances have been gleefully portrayed as 'situation normal' by the state-controlled media.

What Really Happened To Jack Ma? via @forbes https://t.co/AGOsA1CGPj

Beyond Beijing's iron curtain, they're cause for growing concern.

"Jack Ma hasn't been seen since [October 24] – if by 'seen' we mean being actually observed, and verifiably photographed, in public, and at liberty," Calhoun wrote.

"We know more about the whereabouts and the condition of Alexei Navalny, Vladimir Putin's prize prisoner, than we do about Jack Ma."

A stunning and swift fall from grace

The Ant Group, a financial services offshoot of Alibaba that included the lucrative and increasingly popular digital payment system Alipay, was about to list.

He was due to appear in his own reality television show, a kind of Shark Tank-style search for future entrepreneurs.

Ma's rank as China's richest man was to be solidified with an enormous boost to his personal wealth.

Then, at a summit for business leaders, he made the fatal mistake of criticising the Chinese Communist Party, calling out regulators for stifling innovation.

"We shouldn't use the way to manage a train station to regulate an airport," Ma told the high-profile gathering. "We cannot regulate the future with yesterday's means."

The problem was as much with his criticism as it was with the timing of it – hot on the heels of pro-regulation remarks by Wang Qishan, who is President Xi Jinping's most trusted confidant.

Social media lit up. Ma's very public rebuke of Beijing went viral. The fury from the highest levels of the Chinese Community Party was evident. 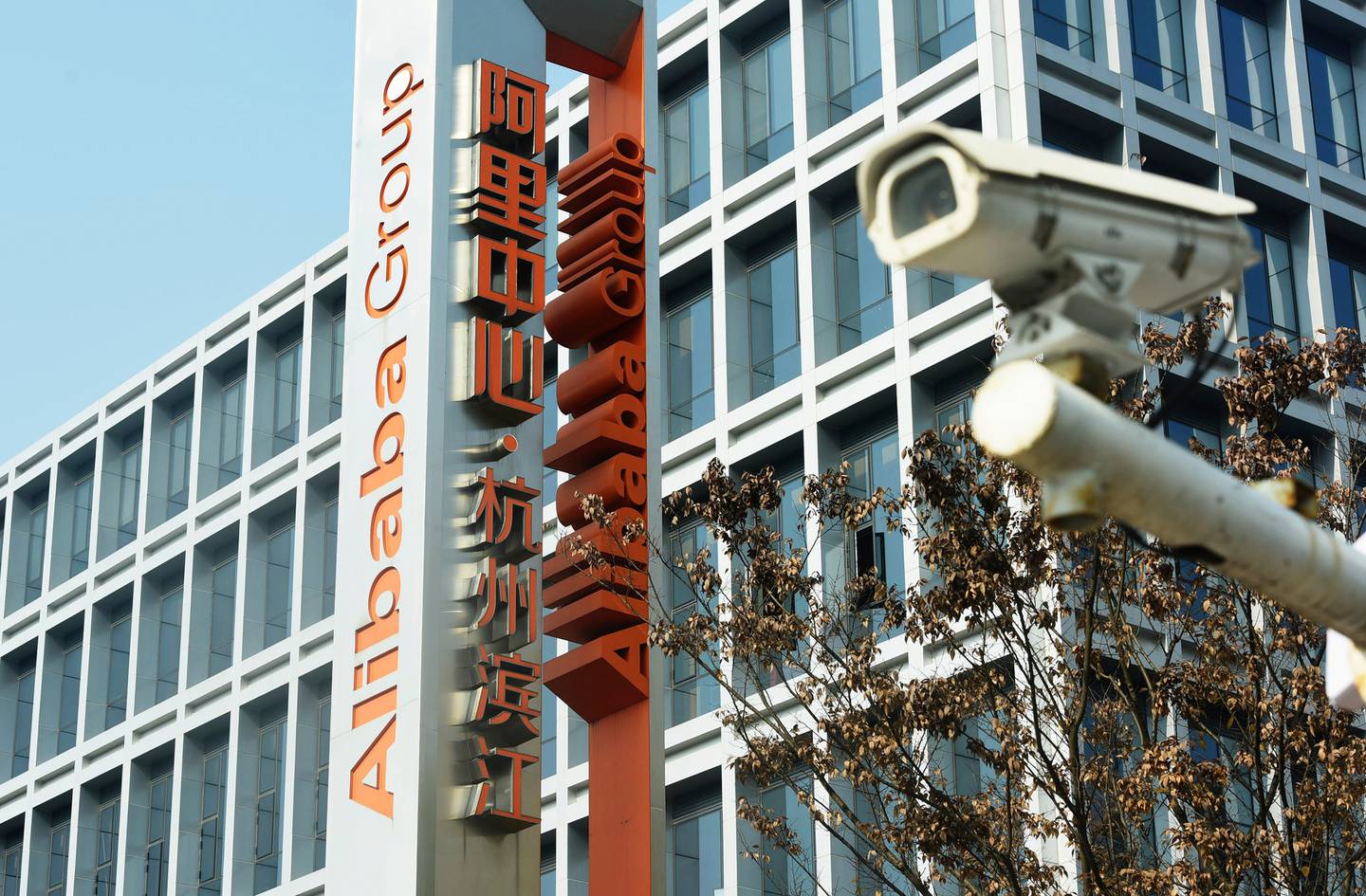 The logo for Alibaba Group is seen at the company's headquarters in Hangzhou in eastern China's Zhejiang Province. Photo / AP

He was called to Beijing for a meeting, reportedly at the demand of President Xi, and a day later it was announced the Ant Group IPO was off.

The man found by public polling to be the most famous person in China, whose personal business success was on par with the world's biggest companies, with a huge personal wealth, was struck down by the powers that be in one fell swoop.

A 'hostage video' and staged appearances

The first time Ma was seen again after being summoned to Beijing last October was in January this year in an eerie 48-second video clip, shot and released by the Chinese government.

In it, Ma announces that he's devoting himself to charity, and in particular to the country's overwhelmingly poor rural regions.

"My colleagues and I have been learning and thinking, and we have become more determined to devote ourselves to education and public welfare," he says in it.

Onlookers said it resembled a "hostage video" – particularly the declaration about being re-educated.

That three-month period of reflection had led him to conclude that tech billionaires such as himself should spend their time boosting "rural revitalisation and common prosperity".

Both of those goals are major prongs of President Xi's future vision for China.

"Starting last summer, we began to hear a lot more about what Xi's vision is for private entrepreneurs and how they fit within the objective of the great rejuvenation that he's pushing," Bill Bishop, author of the China newsletter Sinocism, told The Guardian.

"Xi has brought up patriotic entrepreneurs from the last century who made a lot of money and then did a lot for the country and a lot for the party. The politically savvy business folks see that as a shifting political wind that they have to be more sensitive to."

Forbes Magazine in China just named Ma as the single biggest charity donor in the country, with philanthropic donations totalling US$500 million over the past 12 months.

That's a clear sign Ma is doing as he's told. Whether it grants him greater forms of freedom in return remains to be seen.

The five other reported sightings of Ma are all unverified or undocumented, Calhoun wrote, adding, "What we don't know is just what has happened to the man himself. None of the sightings shed any real light on his fate, beyond establishing the fact that he is probably still alive."

Alibaba is still a massive company whose services are an entrenched part of everyday life in China, but it has paid a hefty price for Ma's actions.

Its market capitalisation has slid sharply from US$840 billion just before Ma's speech to $570 billion as of the end of June.

Earlier this year, it was stung with a US$2.8 billion fine for a breach of antitrust regulations.

Ma's involvement in the company is almost non-existent, analysts say, and authorities are overseeing a process of "rectifying" its operations.

"Dismantled, reassembled, and parcelled out to government-run competitors," Calhoun wrote of the process. "There is value destruction on a huge scale. Hundreds of billions of dollars have been subtracted from the public market value of Alibaba alone."

The Ant Group has been scaled down, broken up and siphoned off.

Across Ma's former empire are now littered 'business partners' who are President Xi loyalists, there to enforce the Community Party's broader vision, according to reports.

Ma, a keen performer who loved to don wigs and costumes for performances at employee retreats, was replaced on his own blockbuster reality TV show.

Even Hupan, a business college founded four years ago by Ma, which he personally led as a passion project, is being wound up.

As for exactly where he is now and what he's doing, or rather allowed to do, no one really knows