Donald Trump has told US gun lovers "evil" exists in the world and that is one of the "very best reasons to arm law-abiding citizens".

The former president shared his idea of reducing gun crime by increasing the number of guns with attendees at the National Rifle Association's (NRA) annual convention on Friday evening (US time).

The massacres of recent weeks haven't led the hugely influential body to compromise on its hard-line position on gun rights.

Speakers at the convention doubled down on the issue really being about mental health, "monsters" in the community and the lack of armed staff in schools. Anything other than further restrictions on firearms.

But gun advocates were faced with a sight they didn't want to see as they walked into the conference: a sea of anti-gun protesters.

It's been reported that several thousand people protested outside the George R Brown Convention Centre in Houston, Texas, where the annual jamboree was held.

'Wreak havoc like never before': Trump calls for more guns

The NRA's annual meeting is taking place in the same state as – and within a few days of – the Uvalde school massacre. 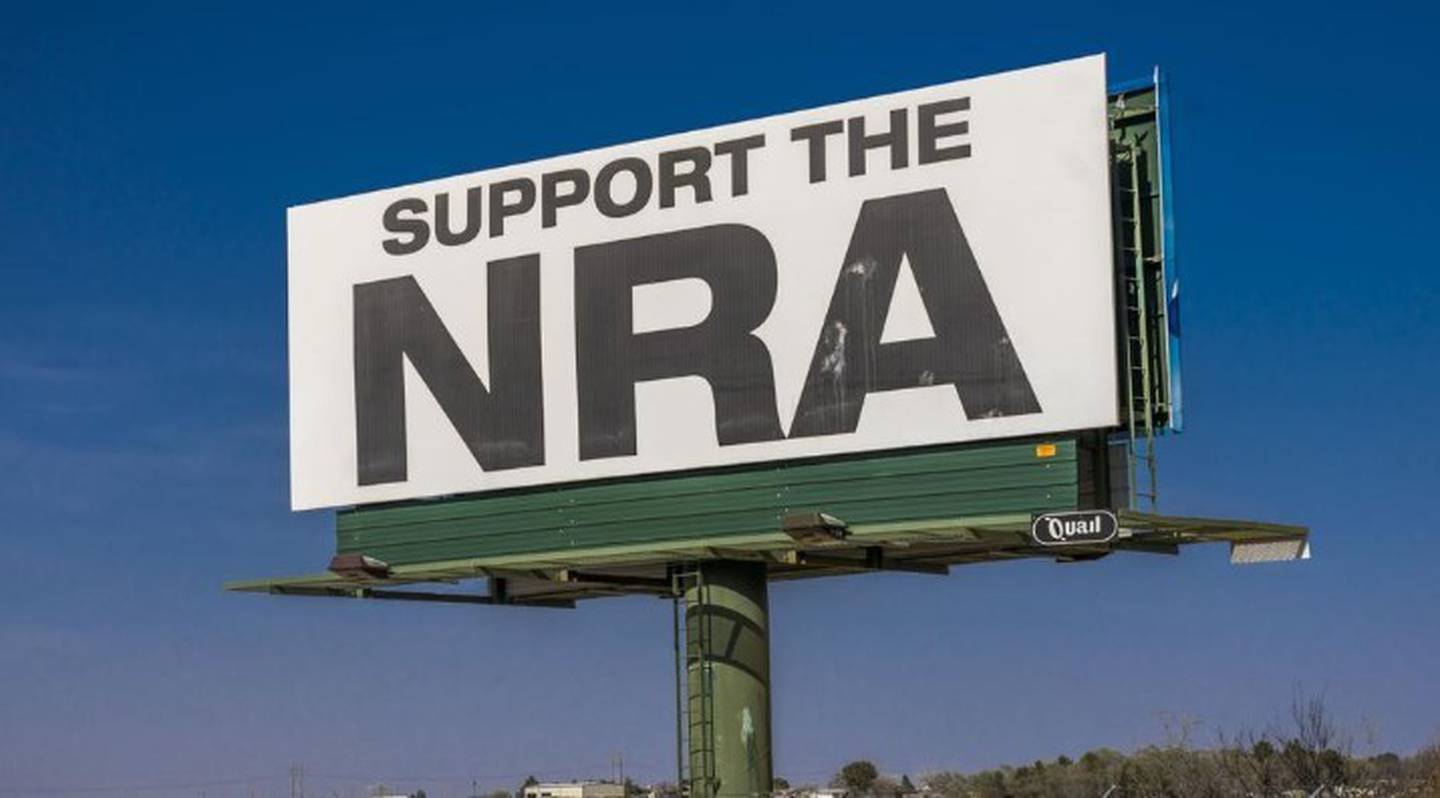 It was the latest in a long line of US school massacres and came just a week after 10 people were killed in a racially motivated shooting at a Buffalo supermarket.

High-profile speakers include Trump and Senator Ted Cruz. But other big names have pulled out.

Trump said the problem with gun control in the US is that even if every "decent American" gave up their guns, the criminals never will. And as a result, "they would wreak havoc like never before on our country". "The fact is, there will always be sick and demonic souls who wish to harm the innocent," Trump said at the convention.

"But the existence of evil in our world is not a reason to stop law-abiding citizens who know how to use their weapon and can protect a lot of people.

"The existence of evil is one of the very best reasons to arm law-abiding citizens."

In a longwinded 40-minute speech at the convention, Trump said the solution to curbing gun violence in schools was to bring more guns into the classroom.

"What we need right now is a top to bottom security overhaul at schools all across our country," Trump said.

"Every building should have a single point of entry. There should be strong exterior fencing, metal detectors and the use of new technology so no unauthorised individual can ever enter the school with a weapon.

"No one should ever be able to get near a classroom unless they have been checked, screened, scanned and fully approved.

"From this day forward, every school should have a police officer or an armed resource officer at all times." 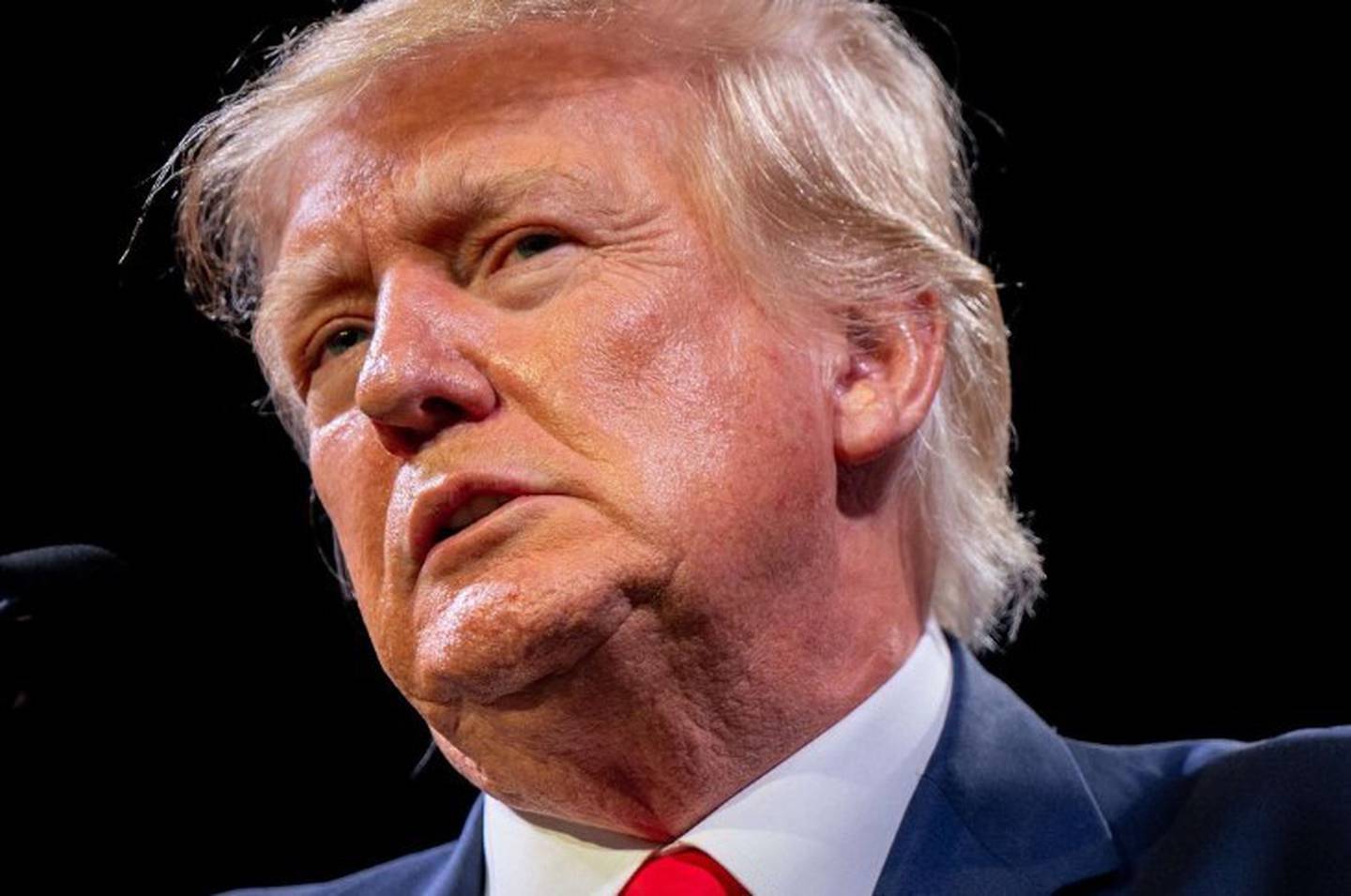 Trump went on to say teachers should be allowed to bear arms within the classroom, because "the only way to stop a bad guy with a gun is a good guy with a gun.

"We should be able to do whatever it takes to keep our children safe at home," he said, adding "this is about saving our children's lives.

"They have to be able to handle it … they have to be highly trained. But let them do that. There is no sign more inviting to a mass killer than a sign that declares a 'gun free zone'.

"I know that sounds wonderful …'gun-free zone' … but it's not. They [mass shooters] look at that sign, and they say 'that's where I'm going'.

As about 70,000 attendees headed into the convention for three days of events, they were met by several thousand people drawing attention to the huge number of deaths in the US caused by firearms.

Protesters shouted "NRA go away" and "Shame, it could be your kids today," as the convention began.

Those demonstrating included children who clutched images of kids – their own age – slain in Uvalde.

Across the street from the NRA convention: “Am I next?” pic.twitter.com/bEl9vLY6gG

Melinda Hamilton, 60, the founder of Fort Worth based Mothers of Murdered Angels – who lost her daughter and grandson to gun violence – held a vigil on a park across the street from the convention.

"They have to change the laws and we have to fight to change these laws. It doesn't make any sense that an 18-year-old can buy a gun," she told Reuters.

Inside the convention hall, the mood was more sombre than it would have been prior to this week's tragic events. But mass shootings have occurred before and the NRA has rarely softened its stance. However, no speaker could ignore the tragic events in Uvalde. The word "evil" was not only uttered by Trump but by just about every speaker. Yet the words "gun control" were only used to push back against the idea.

Convention-goers were invited to partake in a "sincere moment of silence and reverence" for the 21 people killed in Uvalde. It lasted 10 seconds.

A million people were saved by guns

NRA chief executive Wayne LaPierre said the Uvalde murderer was a "monster who walked among us" but he said restricting guns was not the answer.

"Every year one million law-abiding men and women use firearms to save their own lives and the lives of their loved ones.

"Taking away the right of self-defence is not the answer". 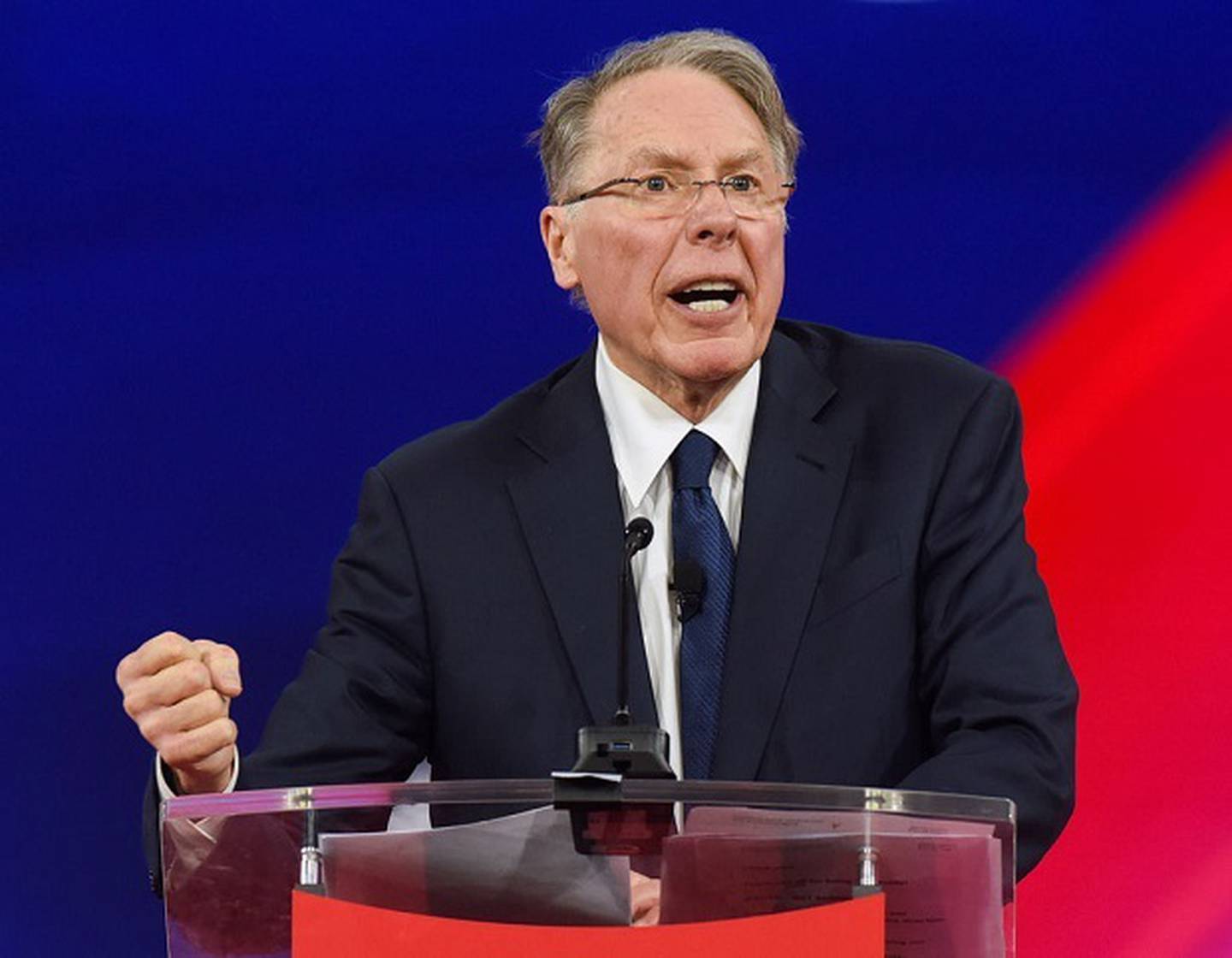 LaPierre said the answer was to "protect schools" and spruiked the NRA's "school shield" programme, a central part of which is placing armed guards on school grounds.

Senator Ted Cruz backed LaPierre and said schools should only have one entrance and that entrance should be staffed by a contingent of armed police or military veterans.

He also said cities like Chicago, which have tough gun laws, have no shortage of gun crime.

Don McClean, the singer of American Pie is one of several musicians to cancel their performances.

"In light of the recent events in Texas, I have decided it would be disrespectful and hurtful for me to perform for the NRA," he said on Thursday.

Texas Governor Greg Abbot didn't go to the Houston gun conference as planned, as he was in Uvalde dealing with the gun massacre. He did send a supportive message to the convention telling NRA members tougher gun laws did not necessarily lead to fewer firearms incidents.