The 18-year-old gunman who slaughtered 19 children and two teachers at a Texas elementary school barricaded himself inside a single classroom and "began shooting anyone that was in his way," authorities said Wednesday (Thursday NZT) in detailing the latest mass killing to rock the US.

Law enforcement officers eventually broke into the classroom and killed the gunman, who used an AR-style rifle. Police and others responding to Tuesday's attack also went around breaking windows at the school to enable students and teachers to escape, Christopher Olivarez of the Texas Department of Public Safety said on NBC.

Olivarez told CNN that all of the victims were in the same fourth-grade classroom at Robb Elementary.

The killer "barricaded himself by locking the door and just started shooting children and teachers that were inside that classroom," he said. "It just shows you the complete evil of the shooter."

Investigators did not immediately disclose a motive but identified the assailant as Salvador Ramos, a resident of the community about 135km west of San Antonio. In chilling posts on social media in the days and hours before the massacre, an account that appeared to belong to Ramos seemed to hint at plans for violence.

The attack in the predominantly Latino town of Uvalde was the deadliest school shooting in the US since a gunman killed 20 children and six adults at Sandy Hook Elementary in Newtown, Connecticut, in December 2012.

The bloodshed was the latest in a seemingly unending string of mass killings at churches, schools, stores and other sites in the United States. Just 10 days earlier, 10 black people were shot to death in a racist rampage at a Buffalo, New York, supermarket.

In a somber address to the nation hours after the attack in Texas, US President Joe Biden pleaded for new gun restrictions.

But the prospects for any reform of the nation's gun regulations appeared dim. Repeated attempts over the years to expand background checks and enact other curbs have run into Republican opposition in Congress. 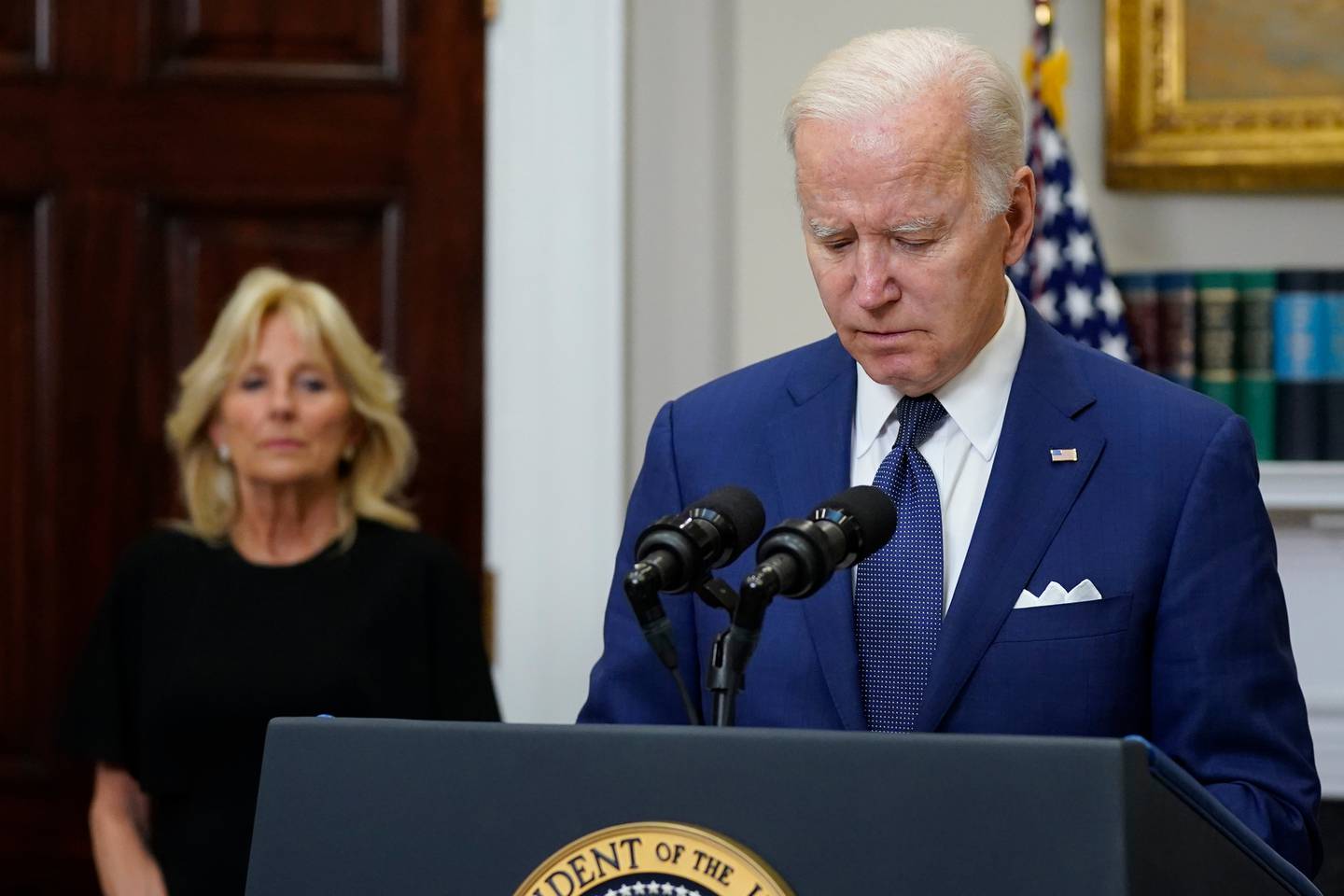 US President Joe Biden pleaded for new gun restrictions in the wake of the Texas shooting.

Days before the attack, an Instagram account investigators say apparently belonged to Ramos posted a photo of a hand holding an ammunition magazine. On the day Ramos bought his second weapon last week, the account carried a photo of two AR-style rifles.

"I barely know you and u tag me in a picture with some guns," replied the Instagram user, who has since removed her profile. "It's just scary."

On the morning of the attack, the account linked to the gunman replied: "I'm about to."

Instagram confirmed to The Associated Press that it is working with law enforcement to review the account but declined to answer questions about the postings.

Officers found one of the rifles in Ramos' truck, the other in the school, according to the briefing given to lawmakers. Ramos was wearing a tactical vest, but it had no hardened body-armour plates inside, lawmakers were told. He also dropped a backpack containing several magazines full of ammunition near the school entrance.

One of the guns was purchased at a federally licensed dealer in the Uvalde area on May 17, according to state Senator John Whitmire. Ramos bought 375 rounds of ammunition the next day, then purchased the second rifle last Friday.

On Tuesday morning, Ramos shot and wounded his grandmother, then fled the scene, crashing his truck near the school and entering the building, authorities said. Inside the barricaded classroom, he "just began shooting anyone that was in his way," Olivarez said. 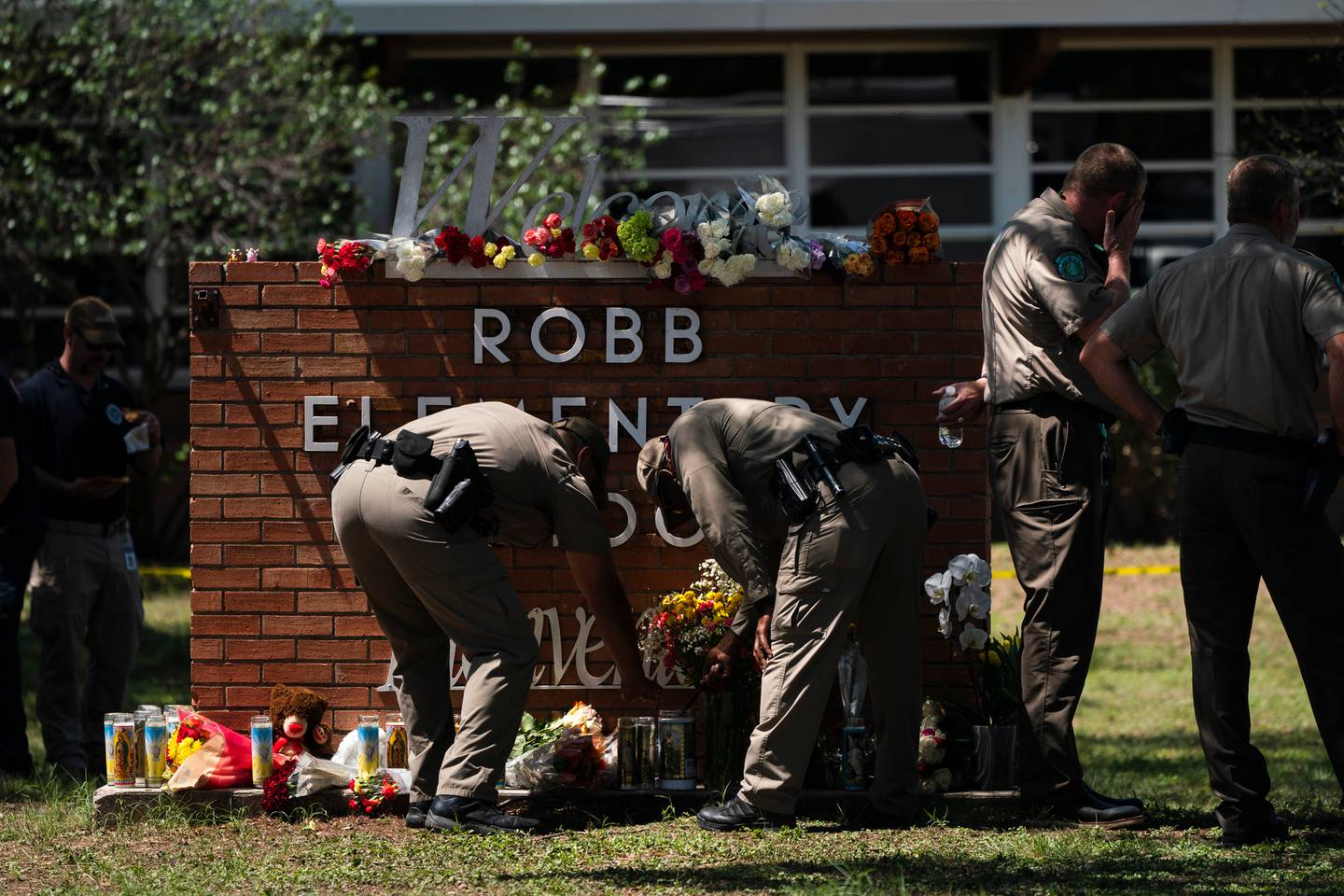 Dillon Silva, whose nephew was in a nearby classroom, said students were watching the Disney movie Moana when they heard several loud pops and a bullet shattered a window. Moments later, their teacher saw the attacker stride past the door.

"Oh, my God, he has a gun!" the teacher shouted twice, according to Silva. "The teacher didn't even have time to lock the door," he said.

A tactical team forced its way into the classroom where the attacker was holed up and was met with gunfire from Ramos but shot and killed him, according to Olivarez.

In the aftermath, families in Uvalde waited hours for word on their children. At the town civic centre where some gathered Tuesday night, the silence was broken repeatedly by screams and wails. "No! Please, no!" one man yelled as he embraced another man. On Wednesday morning, volunteers were seen arriving with Bibles and therapy dogs.

Staff members in scrubs and devastated victims' relatives could be seen weeping as they left Uvalde Memorial Hospital, where many of the children were taken. Three children and an adult were being treated at a San Antonio hospital, where two of them — a 66-year-old woman and 10-year-old girl — were listed in serious condition. 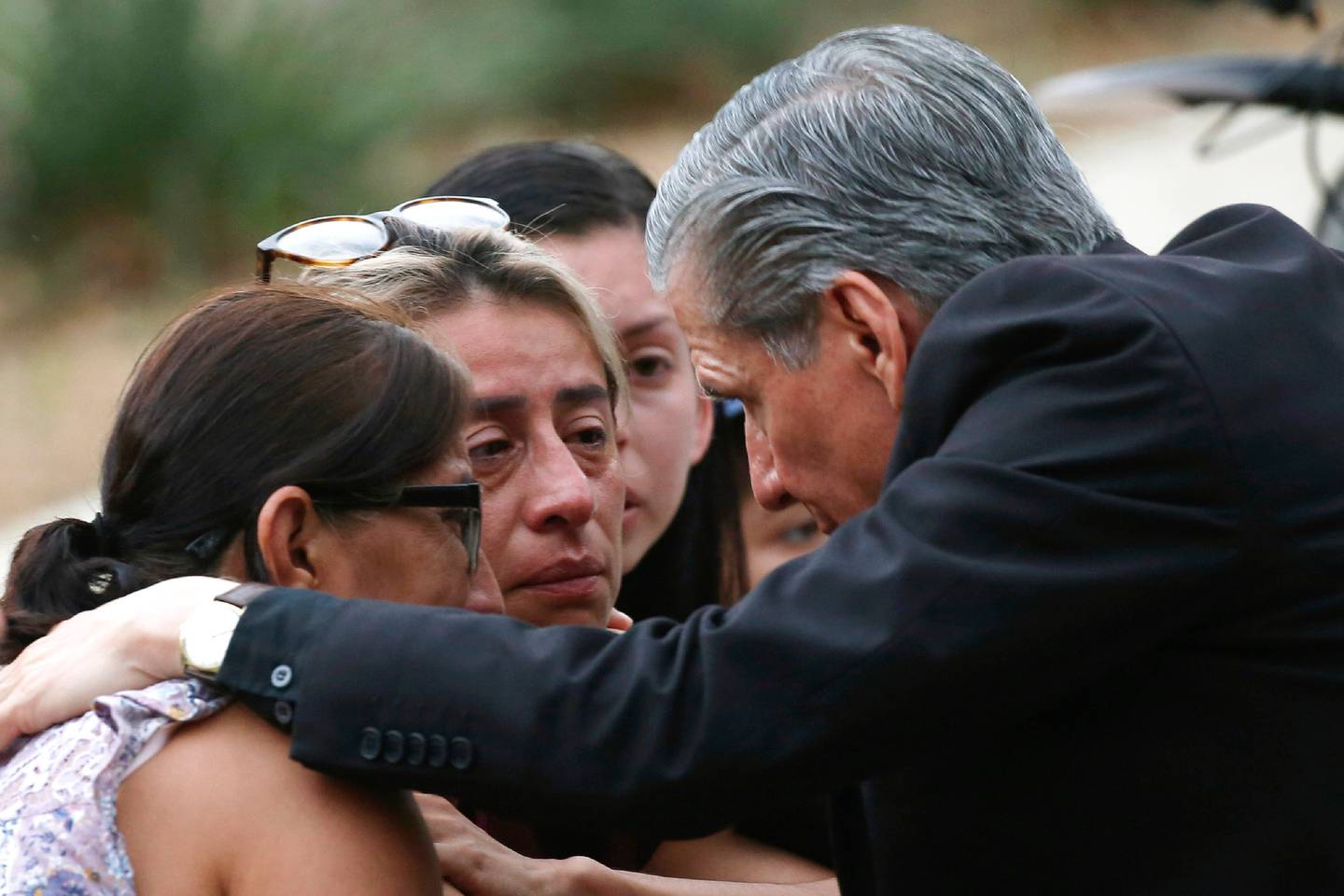 Uvalde, home to about 16,000 people, is about 120km from the Mexican border. Robb Elementary, which has nearly 600 students in second, third and fourth grades, is a single-story brick structure in a mostly residential neighbourhood of modest homes.

The attack came as the school was counting down to the last days of the school year with a series of themed days. Tuesday was to be "Footloose and Fancy," with students wearing nice outfits.

Condolences poured in from leaders around the world. Pope Francis said it is time to say "'enough' to the indiscriminate trade of weapons!" Ukrainian Foreign Minister Dmytro Kuleba said his nation also knows "the pain of losing innocent young lives".

Texas, which has some of the most gun-friendly laws in the nation, has been the site of some of the deadliest shootings in the US over the past five years.

In 2018, a gunman killed 10 people at Santa Fe High School in the Houston area. A year before that, a gunman shot more than two dozen people to death during a Sunday service in the small town of Sutherland Springs. In 2019, a gunman at a Walmart in El Paso killed 23 people in a racist attack targeting Hispanics.

The shooting came days before the National Rifle Association annual convention was set to begin in Houston. Governor Greg Abbott and both of Texas' US senators, all of them Republicans, were among the scheduled speakers at a forum Friday.