Australian Prime Minister Scott Morrison is under increasing pressure to make a swift decision on the controversy surrounding Novak Djokovic.

Djokovic received a medical exemption to compete in this year's first grand slam, but when he touched down in Melbourne last week he was told by the Australian Border Force he had insufficient evidence to prove his exemption was justified and was denied entry to the country.

The cancellation of Djokovic's visa was dramatically overturned in the Federal Circuit Court on Monday, but the federal government says it has the power to cancel his visa again and is still considering whether to detain him.

"They should have been clear about what his vaccination status was, and whether or not he was safe to enter the country. They got themselves into this mess, they're going to have to get themselves out."

Keneally said the situation reflected badly on Australia regardless of where things ended up. She later told Sky News that there could be diplomatic fallout from the saga.

Morrison's office today said he had a "constructive call" with Serbian Prime Minister Ana Brnabić after Serbia called for a "human and dignified" treatment of Djokovic.

"The PM explained our non-discriminatory border policy and its role in protecting Australia during the Covid-19 pandemic," a statement from Morrison's office said.

"They both agreed to stay in contact on the issue, and to further strengthening the bilateral relationship."

"The judge has been abundantly clear in his findings and his comments around the finding, saying... 'what more could this man have done' to meet the criteria that had been set down," Alexander told ABC radio.

"It was a pretty emphatic decision. The Minister does have the right to overrule that, but it would appear that Djokovic is not a threat to Australian society."

Alexander felt it would be a mistake for Immigration Minister Alex Hawke to use his discretionary powers to deport Djokovic and said "this is something that should not become a political problem. It is not political at this point." 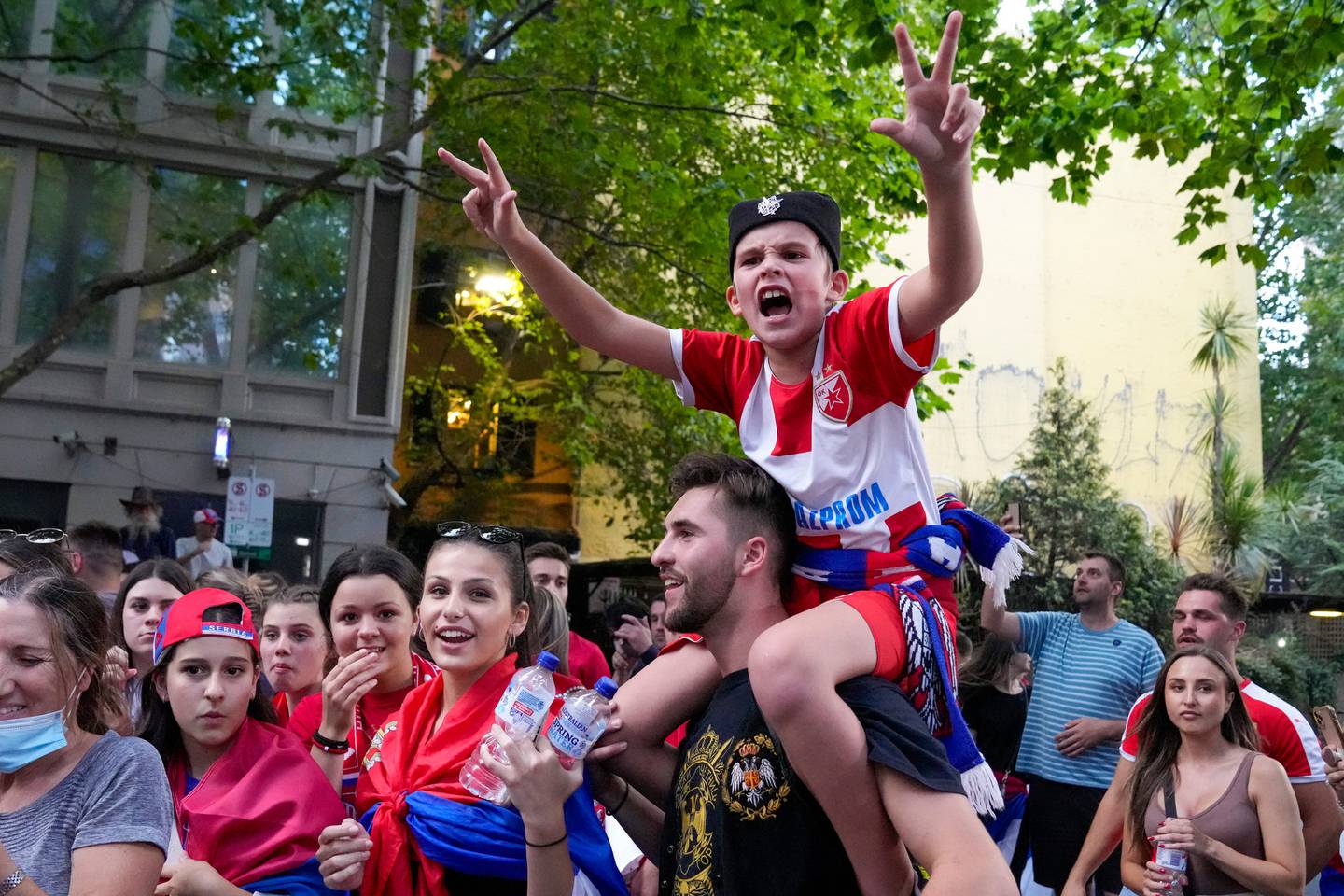 Djokovic's lawyers have argued that the tennis star did "absolutely everything" that was required of him to enter the country.

It was revealed in legal submissions the unvaccinated player received a positive Covid test on December 16 and Tennis Australia's top doctor granted him a medical exemption on December 30 on the grounds he had recently recovered from the virus.

That revelation has sparked burning questions about Djokovic's behaviour after he knew he was infected.

On December 16, Djokovic received a commemorative stamp in his honour at an event hosted by the Serbian National Postal Service. The tennis star later shared photos of the event on social media.

Djokovic also attended an awards ceremony at the Novak Tennis Centre in Belgrade on December 17. Multiple photos on social media show the 34-year-old posing for photos with children without wearing a mask.

French newspaper L'Équipe revealed Djokovic posed without a mask during a photoshoot on December 18.

Djokovic's family members – father Srdjan, mother Dijana and brother Djordje – were asked about that matter at a press conference in Belgrade overnight. A reporter said: "Was he at an event on the 17th of December in Belgrade?"

There were plenty of people critical of Djokovic once it became clear he knew he was positive on December 16.

Sports journalist Todd Balym tweeted: "Court documents show Novak Djokovic got his positive Covid test results shortly after 8pm on Dec 16 – so he knew he was Covid positive visiting kids & others the next 2 days."

Sports journalist Michael Hincks said: "How do Novak Djokovic fans explain/defend his Dec 17 and 18 actions at a ceremony with children and interview with L'Equipe if he recorded a positive PCR test on Dec 16?"

BBC presenter Adil Ray added: "Djokovic got Covid then apparently carried on as normal, hugging children. Unless his team can explain that, he should not be allowed to play tennis in a country where borders have been closed and families kept apart. He is not an exception."