Shocking footage has captured the moment a teenager threw her newborn baby into a skip bin – only for the child to be found alive hours later by three people sifting through the rubbish.

New Mexico teen, Alexis Avila, was seen at the dumpster, pulling a black bag out of her car before tossing it into the skip.

Inside the bag was her newborn baby.

Six hours later, three people combing through the dumpster were seen removing the bag, looking inside and finding the baby. Alexis Avila was seen arriving at the dumpster on surveillance footage and throwing away what looked like ordinary garbage. Photo / NBC / KOB-TV

The woman quickly wraps up the newborn and takes the baby to a truck as a man apparently calls authorities, news outlet KOB reported.

"Upon arrival officers rendered aid to the newborn child and the baby was transported to a local hospital by Hobbs EMS.

"The child was subsequently transported to a Lubbock Hospital for further paediatric treatment," police said in a statement. 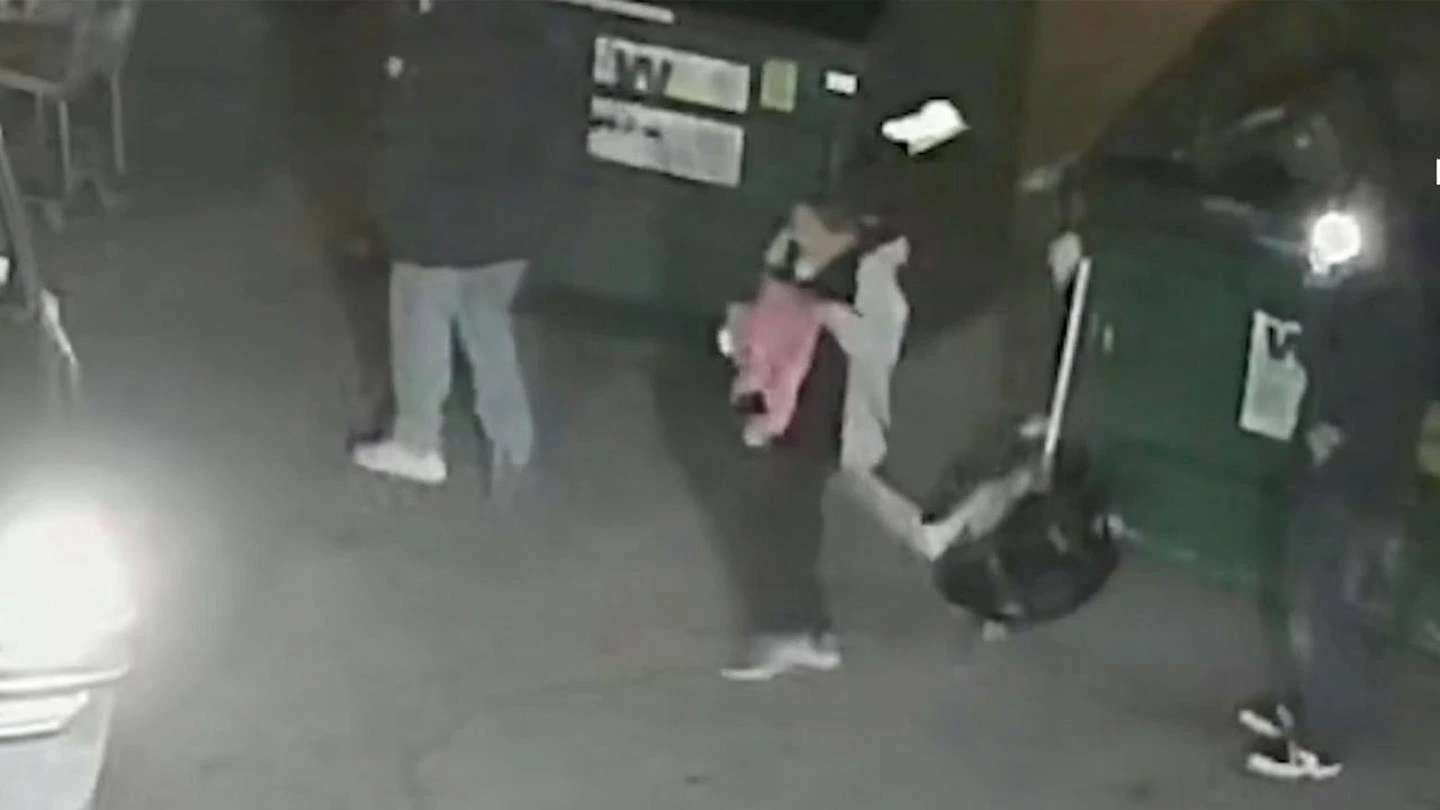 The woman who found the child wrapped him and took care of him until police arrived. Photo / NBC / KOB-TV

The baby is in a stable condition.

Police sifted through CCTV footage of the incident and were able to locate Avila's vehicle.

Joe Imbriale, owner of the store that caught the incident on camera, said he knew something wasn't right when police asked to review the footage.

"Something wasn't right. I saw the officers' faces and they did not look right. They really didn't," Imbriale told KOB.

"I said, 'What is it we are looking for?' and she goes, 'We're looking for somebody who dumped a black garbage bag in your dumpster.' I turned around, I said, 'Please don't tell me it was a baby,'" Imbriale said.

"I was in shock just to see this," he added. "I can't sleep at night just knowing that this baby was just tossed in a dumpster like that. I'm sorry but who does that? That is evil. I don't have words for it."

The 18-year-old mum confessed to giving birth to the baby and dumping it in the rubbish, cops said.

Avila has been charged with attempted murder.