Chris Dawson left love letters – including some he signed as 'God' – for a teenage student at a school where he taught before his wife's disappearance, a court in Australia has been told.

Dawson, 73, is standing trial in the NSW Supreme Court accused of murdering his wife Lynette, who vanished from their home on Sydney's northern beaches in 1982.

The former teacher and Newtown Jets player has pleaded not guilty and denied killing his wife and disposing of her body.

The court has heard Dawson had begun a sexual relationship with the student.

The crown prosecution has alleged he was motivated to kill his wife so he could run off with the girl, who for legal reasons can only be known as "JC".

JC took the witness stand in Dawson's trial on Wednesday afternoon, telling the court he left love notes in her bag at school. According to JC, Dawson began teaching her in year 11, however later told her he spotted her in the schoolyard the year prior and manoeuvred himself so he could teach one of her classes.

"He had told me he had seen me in the playground the year before when I was 15 and decided he would like to get to know me better because I was attractive to him," JC told the court.

"I believe he deliberately tried to take my class." 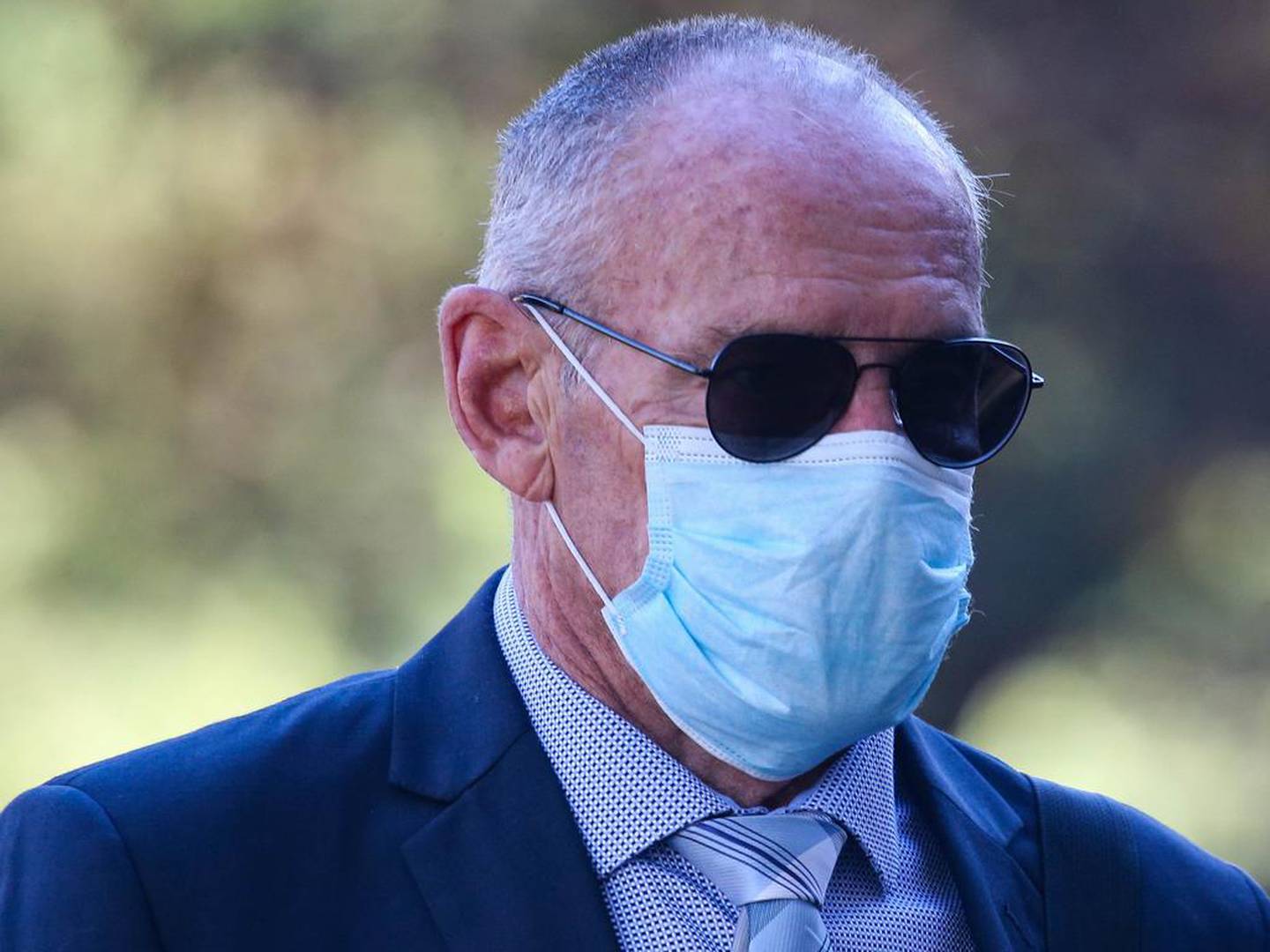 Chris Dawson has pleaded not guilty to murdering his wife. Photo / NCA Newswire

JC said Dawson purchased her a school bag and would leave love letters inside.

"He used to leave notes of love and affection in my bag whenever I went to biology and he knew where my classroom was," she said.

Another read: "Happy Christmas. Once or twice every minute. Love always. God."

Asked why Dawson signed the card as "God", JC said: "He wanted to disguise who he was because it was 1980 and I was 16 and that's what he called himself." Chris and Lynette Dawson on their wedding day. Photo / Supplied

JC moved in with the Dawson family as a babysitter in 1981 for a period while she was completing her final year of high school.

She told the court that while she was staying at the family's Bayview home, Dawson would give his wife alcoholic drinks so Lynette would fall asleep and they could have sex.

She was eventually confronted by Lynette Dawson and forced to move into Chris Dawson's brother's home.

"She realised there was something more going on."

In late December 1981, Chris Dawson left his family to move to Queensland with the student to "start a new life".

However, the pair returned to Sydney just four days later and he went back to his family home before Lynette went missing the following month.

JC later married Dawson and the couple moved back to Queensland in 1984 before they separated in 1990. Photo from a Simms family album with a note attached saying 'the last photo of my Lyn'. Photo / Supplied

Earlier, Lynette Dawson's sister-in-law Merilyn Simms told the court that she last saw her in mid-1981 but spoke to her on the phone in October that year.

During the conversation, Simms said Dawson described her husband as being "very angry all the time" and she was worried about the deterioration of their relationship.

"She was very upset, she said that Chris was very angry all the time, he was evasive," Simms told the court.

"She said he wouldn't settle for a conversation.

"She said their sexual relations had ceased and she couldn't understand that because it had always been very regular and active.

"She asked him if there was anybody else and he said no. She was just very upset.

"She also told me that communications had broken down.

"She was very concerned that Chris wanted to move (JC) into the family while she was doing her HSC because (JC) was having problems in her own home life."

Dawson's sister Patricia Dawson previously told the court of a conversation around Christmas 1981 in which Lynette described Chris as being "angry with her all the time".

Simms and her husband Greg Simms – Lynette Dawson's brother – met with JC at Woy Woy on the Central Coast in 1990.

The court was told that during the conversation, JC alleged that Chris Dawson had tried to hire a hitman to get rid of Lynette Dawson but changed his mind.

Chris Dawson's defence said there was not a "scintilla of truth" to the allegation that he had tried to hire a hitman. Greg Simms told the court that he believed that Dawson - who was best man at his wedding - had killed his sister.

Asked if he had taken the view that Dawson was guilty, Simms said: "I believe so."

Dawson's barrister Pauline David questioned whether his point of view had been coloured by JC's allegations and his participation in The Teacher's Pet podcast.

However, he told the court that the 1990 meeting with JC had only changed his mind "slightly".

"It is the case, however, that you have come to this court to tailor your evidence in a way that would support your theory that Mr Dawson murdered your sister," David asked.

"My integrity means everything to me and what you suggest is wrong," Simms replied.