The closed-door meetings were taking place at a hotel in the snow-capped mountains above the Norwegian capital and are the first time since the Taliban took over in August that their representatives have held official meetings in Europe. 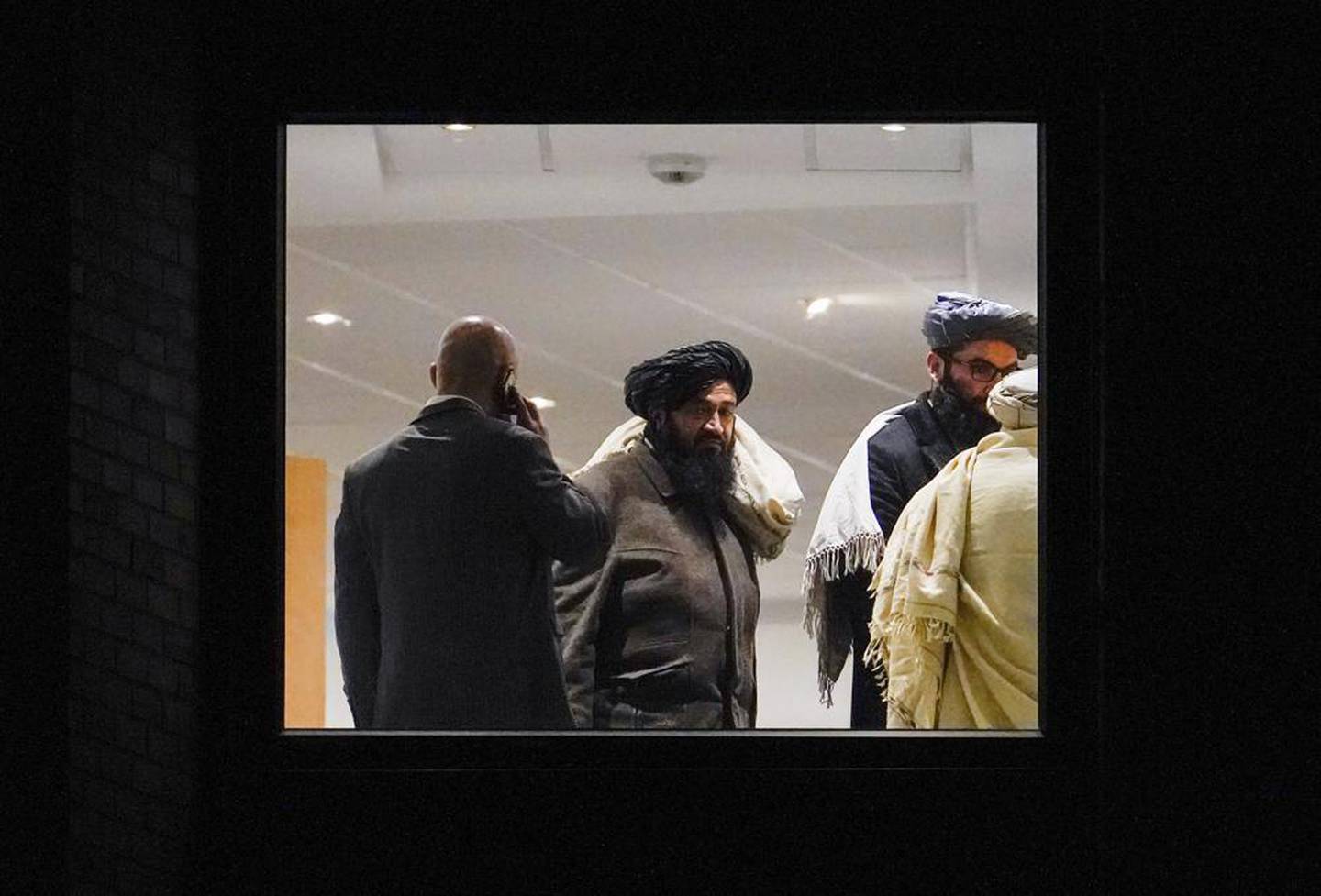 A Taliban delegation is seen at the Soria Moria hotel in Oslo. Photo / AP

The talks were not without controversy, however, reigniting the debate over whether they legitimise the Taliban government, especially since they were being held in Norway, a Nato country involved in Afghanistan from 2001 until the Taliban take over last summer.

Speaking at the end of the first day of talks, Taliban delegate Shafiullah Azam told The Associated Press that the meetings with Western officials were "a step to legitimize (the) Afghan government," adding that "this type of invitation and communication will help (the) European community, (the) U.S. or many other countries to erase the wrong picture of the Afghan government."

That statement may irk the Taliban's Norwegian hosts. Earlier, Norwegian Foreign Minister Anniken Huitfeldt stressed that the talks were "not a legitimation or recognition of the Taliban".

On Sunday, 200 protesters gathered on an icy square in front of the Norwegian Foreign Ministry in Oslo to condemn the meetings with the Taliban, which has not received diplomatic recognition from any foreign government.

"The Taliban has not changed as some in the international community like to say," said Ahman Yasir, a Norwegian Afghan living in Norway for around two decades. "They are as brutal as they were in 2001 and before."

Taliban leaders met with some women's rights and human rights activists on Sunday, but there was no official word about those talks.

Starting on Monday, Taliban representatives will meet with delegations from Western nations and will be certain to press their demand that nearly $10 billion frozen by the United States and other Western countries be released as Afghanistan faces a precarious humanitarian situation.

The United Nations has managed to provide some liquidity and allowed the Taliban administration to pay for imports, including electricity. But the UN has warned that as many as a million Afghan children are in danger of starving and most of the country's 38 million people are living below the poverty line.

Faced with the Taliban's request for funds, Western powers are likely to put the rights of women and girls in Afghanistan high on their agenda, along with the West's recurring demand for the Taliban administration to share power with Afghanistan's minority ethnic and religious groups.

Since sweeping to power in mid-August, the Taliban has imposed widespread restrictions, many of them directed at women. Women have been banned from many jobs outside the health and education fields, their access to education has been restricted beyond sixth grade and they have been ordered to wear the hijab. The Taliban has, however, stopped short of imposing the burqa, which was compulsory when they previously ruled Afghanistan in the 1990s.

A US delegation, led by Special Representative for Afghanistan Tom West, plans to discuss "the formation of a representative political system; responses to the urgent humanitarian and economic crises; security and counterterrorism concerns; and human rights, especially education for girls and women," according to a statement released by the US State Department.

The Scandinavian country, home to the Nobel Peace Prize, is no stranger to diplomacy. It has been involved in peace efforts in a number of countries, including Mozambique, Afghanistan, Venezuela, Colombia, the Philippines, Israel and the Palestinian Territories, Syria, Myanmar, Somalia, Sri Lanka and South Sudan.