Taliban fighters shot and killed a woman for not wearing a burqa in Afghanistan Tuesday — the same day the group pledged to usher in a new inclusive era in the country that honours "women's rights".

A photo emerged of a woman in Takhar province lying in a pool of blood, with loved ones crouched around her, after she was killed by insurgents for being in public without a head covering, according to Fox News.

The killing came amid the outfit's version of a charm offensive, after its swift takeover of the country in the absence of US troops, who had been propping up allied military groups since shortly after the September 11, 2001 attacks.

Taliban spokesman Zabihullah Mujahid held a news conference to say that the insurgents would honour women's rights, within the highly restrictive sharia law.

The militants urged women to return to school and work, and another Taliban spokesman granted a televised interview to a female journalist.

Mujahid also vowed to grant amnesty to Afghans who worked with the now toppled government architected by the US.

When the Taliban ruled Afghanistan before 9/11, it prevented women and girls from leaving the house without a male chaperone, and did not allow them to work or receive an education.

Insurgents also vowed Tuesday not to interfere with US-led evacuation efforts of Westerners and their Afghan allies, but were instead reported to be controlling the entrances of Hamid Karzai International Airport, and attacking those who were trying to flee.

"They [are in a] very, very bad situation, I'm telling you. At the end, I was thinking that there was like 10,000 or more than 10,000 people, and they're running into the airport … The Taliban [were] beating people and the people were jumping from the fence, the concertina wire, and also the wall." 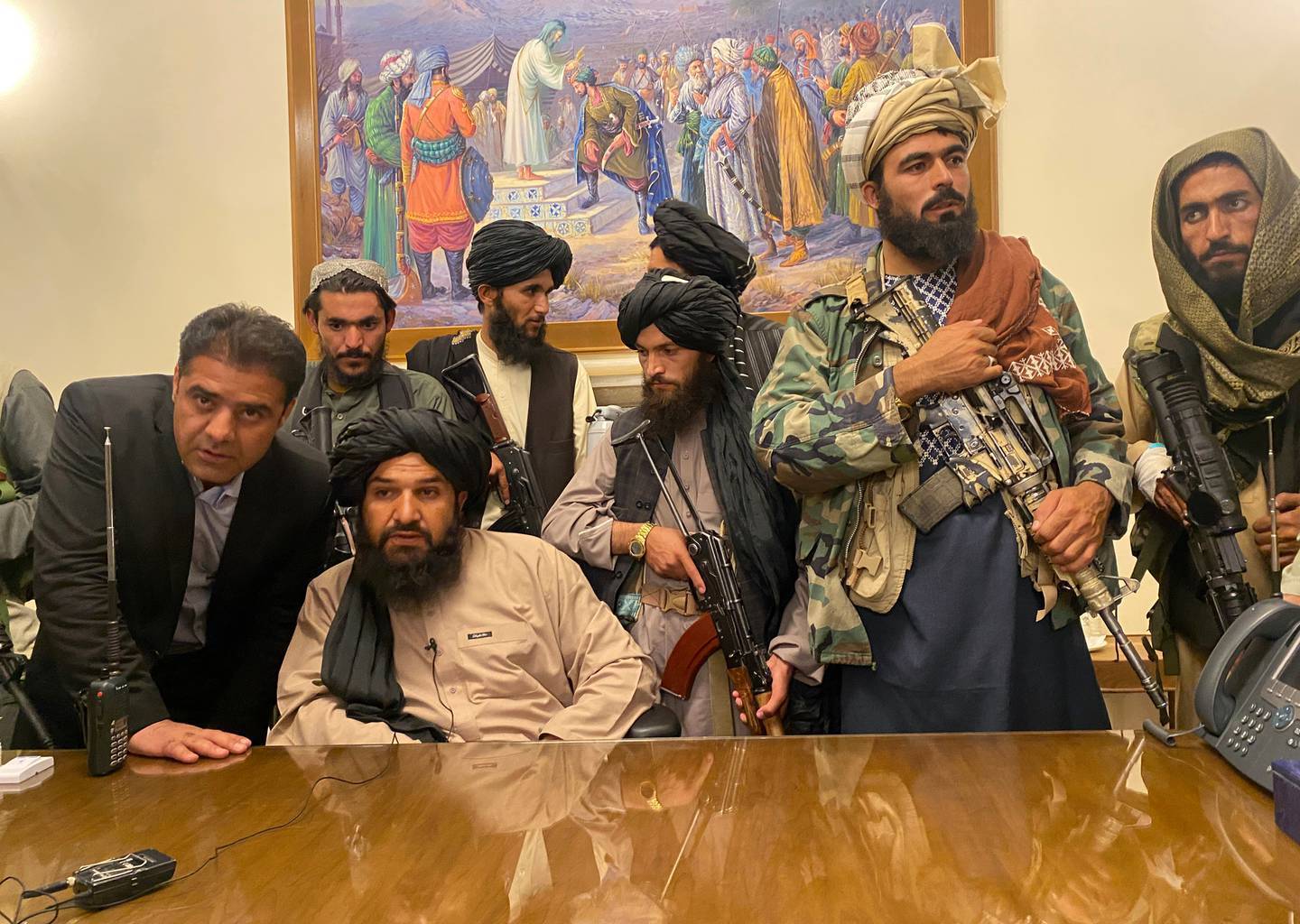 Taliban fighters shot and killed a woman for not wearing a burqa in Afghanistan, on the same day the group pledged to honour "women's rights". Photo / AP

Elsewhere in Kabul, Taliban fighters were recorded shooting guns as they patrolled neighbourhoods home to activists and government workers, according to the report.

Militants were looking for people who had helped the US, and had questioned the former defence contractor's neighbours about him, according to the report.