Afghanistan's Taliban rulers on Sunday began enforcing an order requiring all female TV news anchors in the country to cover their faces while on-air. The move is part of a hard-line shift drawing condemnation from rights activists.

After the order was announced Thursday, only a handful of news outlets complied. But on Sunday, most female anchors were seen with their faces covered after the Taliban's Vice and Virtue Ministry began enforcing the decree.

The Information and Culture Ministry previously announced that the policy was "final and non-negotiable". 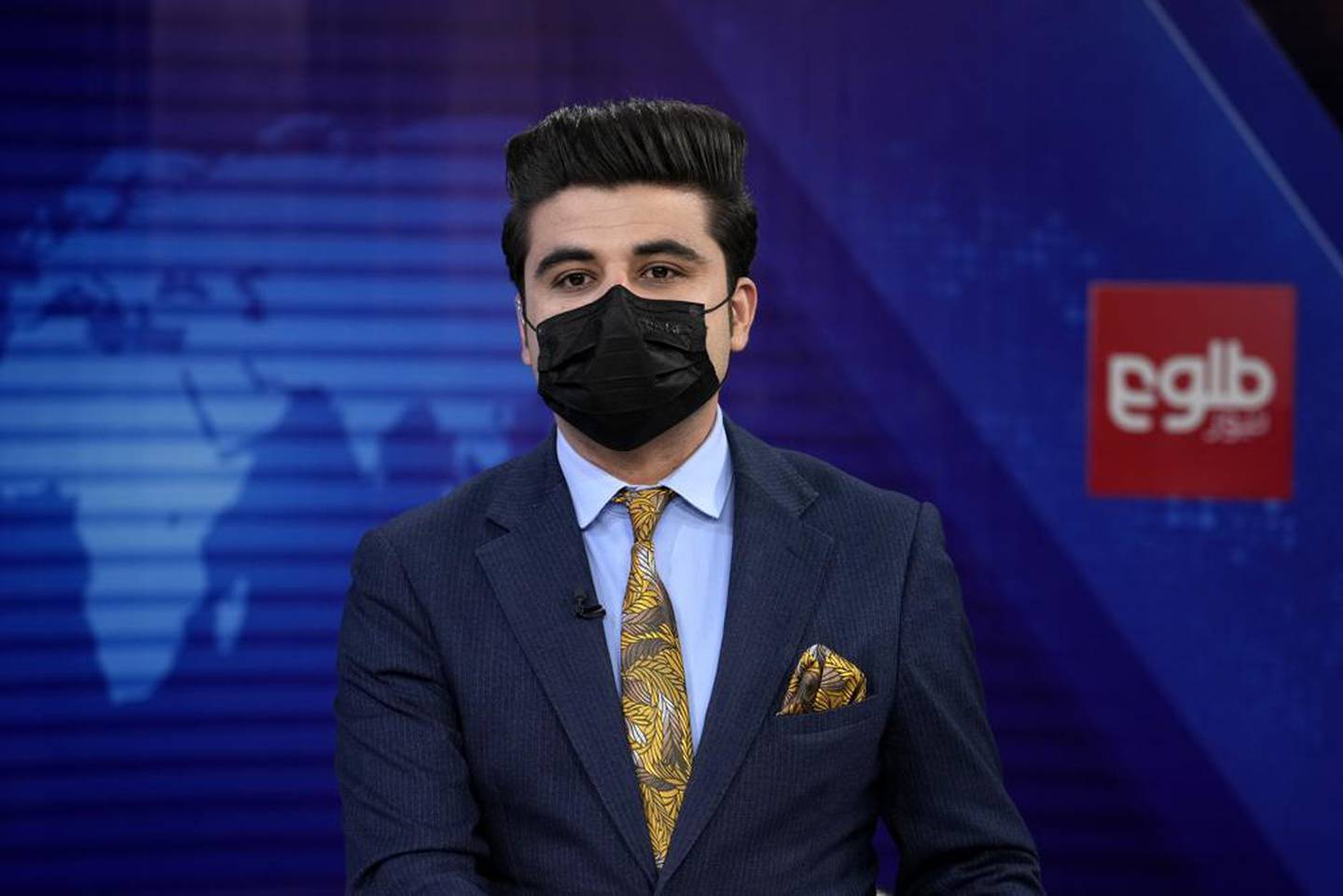 TV anchor Nesar Nabil wears a face mask to protest the Taliban's new order that female presenters cover their faces, as he reads the news on TOLOnews. Photo / AP

"It is just an outside culture imposed on us forcing us to wear a mask and that can create a problem for us while presenting our programmes," said Sonia Niazi, a TV anchor with TOLOnews. In an act of solidarity with female colleagues, the channel's male personnel covered their faces with masks, including the main evening news reader.

A local media official confirmed his station had received the order last week but on Sunday it was forced to implement it after being told it was not up for discussion. He spoke on condition he and his station remain anonymous for fear of retribution from Taliban authorities. 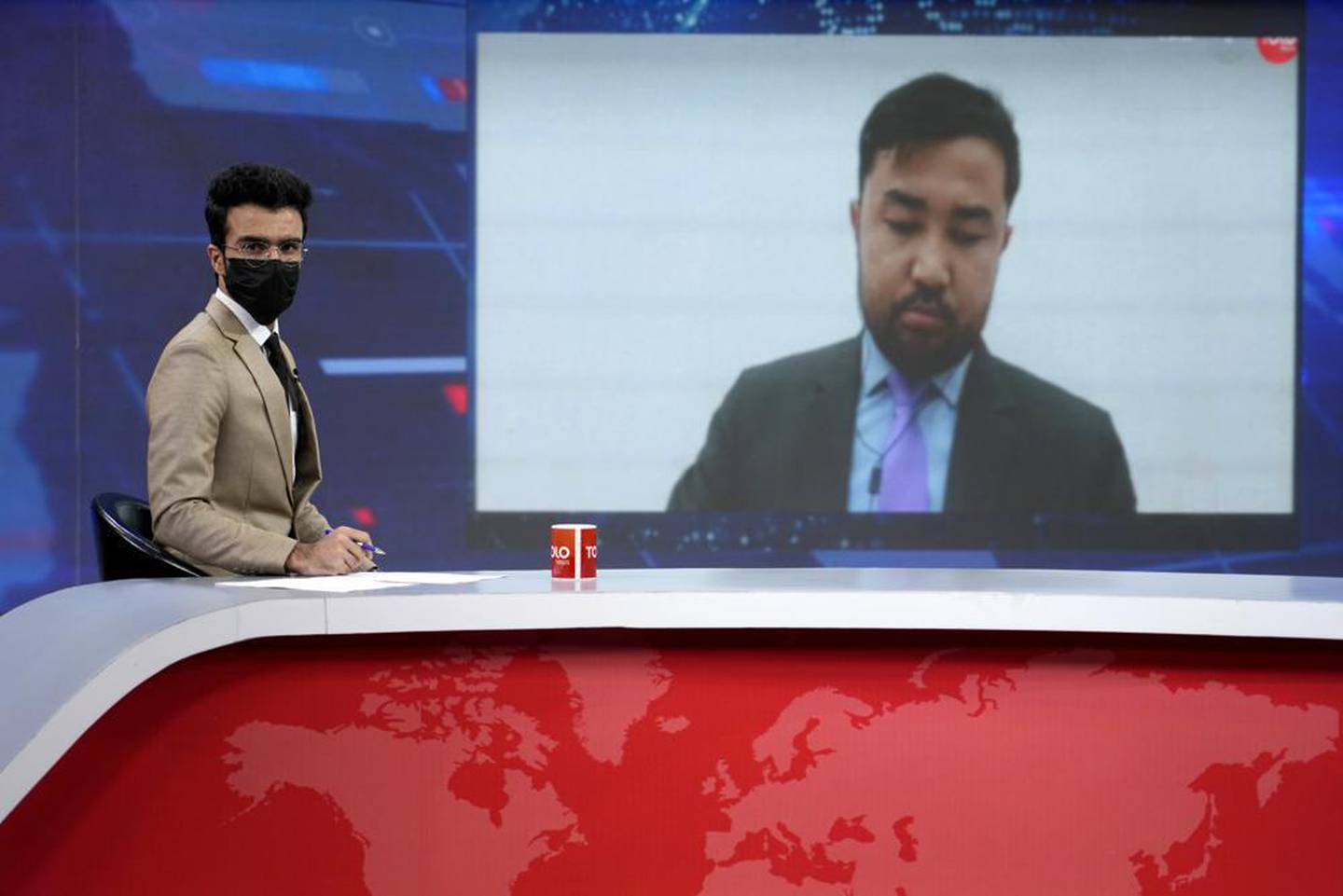 Male anchors have taken to wearing masks in solidarity with their female counterparts. Photo / AP

During the Taliban's last time in power in Afghanistan from 1996-2001, they imposed overwhelming restrictions on women, requiring them to wear the all-encompassing burqa and barring them from public life and education.

After they seized power again in August, the Taliban initially appeared to have moderated somewhat their restrictions, announcing no dress code for women. But in recent weeks, they have made a sharp, hard-line pivot that has confirmed the worst fears of rights activists and further complicated Taliban dealings with an already distrustful international community.

Earlier this month, the Taliban ordered all women in public to wear head-to-toe clothing that leaves only their eyes visible. The decree said women should leave the home only when necessary and that male relatives would face punishment for women's dress code violations, starting with a summons and escalating to court hearings and jail time.

The Taliban leadership has also barred girls from attending school after the sixth grade, reversing previous promises by Taliban officials that girls of all ages would be allowed an education.