A young man has been shot dead in Sydney's southwest Saturday morning, and police are investigating whether the killing is linked to a gang conflict.

Reports of a shooting on Knox St, Belmore were made to emergency services about 4am on Saturday.

As officers from Campsie Police Area Command arrived at the scene, they found the 23-year-old with a gunshot wound to his torso.

The victim, who is yet to be formally identified, died at the scene despite the efforts of NSW Ambulance paramedics.

The man is thought to be a relative of slain alleged underworld figure Mahmoud "Brownie" Ahmad, who was gunned down last month, a police source told NCA NewsWire.

Police are investigating whether the shooting was in retaliation to a shooting earlier in the week, where Comanchero boss Tarek Zahed and his brother Omar were targeted. A man believed to be aged in his 20s has been found shot dead in Sydney's southwest. Photo / Darren Leigh Roberts

"[It's being investigated whether] it's related to the wider conflict," the source said.

"They get who they can get, if someone is a relative [of a rival] they'll have a crack at them."

Omar Zahed died from his injuries following the earlier shooting, in Auburn in Sydney's west.

His brother Tarek, who survived serious injuries from multiple bullets, was last year described in the NSW Supreme Court as Sergeant at Arms of the Sydney Chapter of the Comanchero outlaw motorcycle gang.

Police Commissioner Karen Webb has previously told 2GB radio police are probing whether the Zahed shooting was in retaliation for the hit on "Brownie" Ahmad. 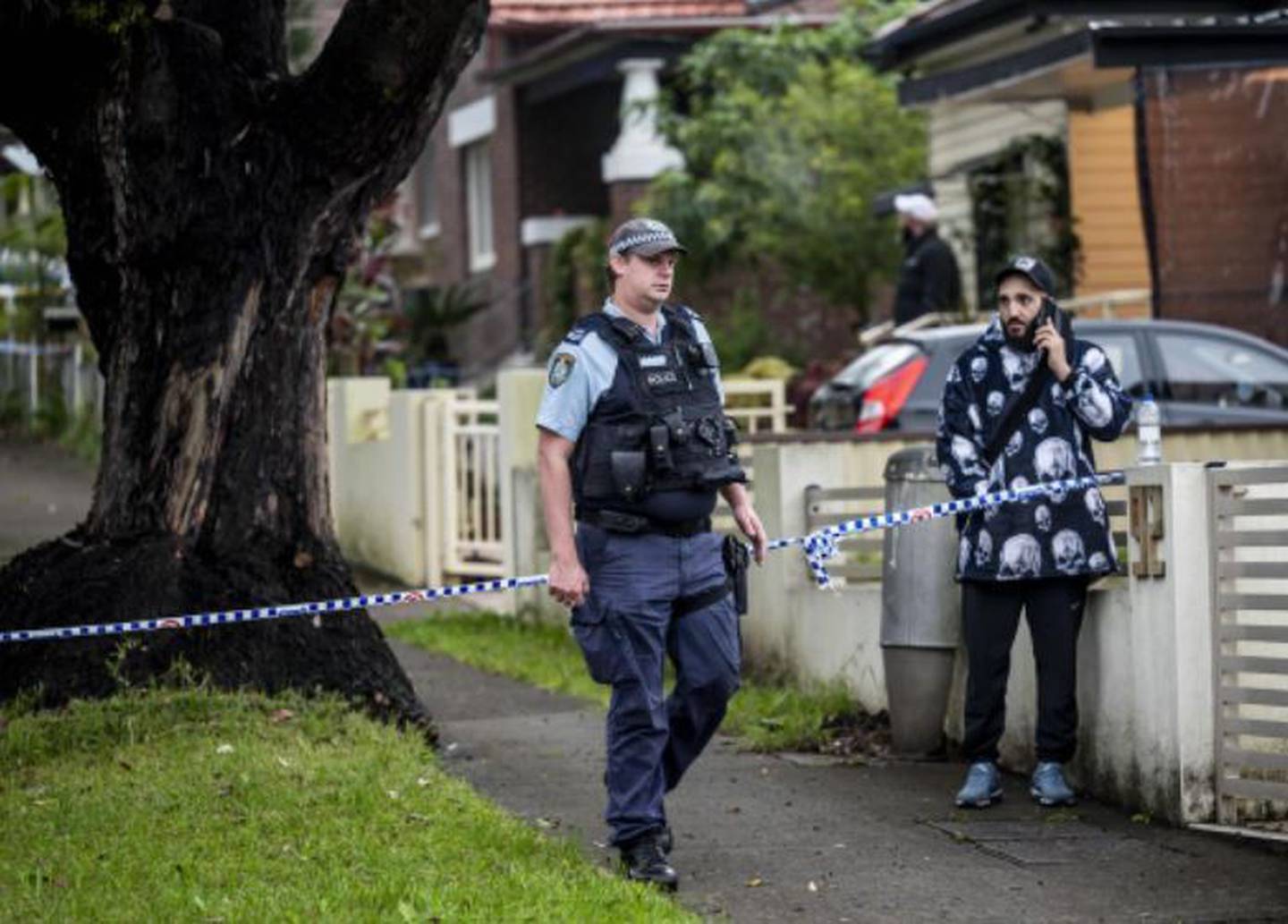 A crime scene was set up at Knox St in Belmore this morning. Photo / Darren Leigh Roberts

Police, including specialist forensic officers and organised crime detectives, were on the crime scene at Knox St on Saturday morning, which remains closed with local traffic diversions in place.

A police spokeswoman confirmed detectives were investigating whether the shooting was gang-related as one of their lines of inquiry.

However it was too early to know the full circumstances around the incident.

Two vehicles were set on fire, at Croydon Park and Bexley North, shortly after the shooting, police said.

NSW Police and the state government have vowed to crack down on organised crime and gun violence after a spate of deadly shootings in recent months.

"If you are involved in that activity, you will be found and you will be locked up," Premier Dominic Perrottet said earlier in the week.

Saturday's incident was the second deadly shooting in southwest Sydney this week, and the third in the past three weeks.

Police told state parliament's budget estimates earlier in the month there had been 11 suspected gang-related homicides in Sydney's southwest since late 2020.