The 54-year-old sergeant was shot in the chest multiple times by a handcuffed man in Croydon Custody Centre, South London, in the early hours of Saturday.

Ratana, who hails from Hawke's Bay and worked five years for Auckland Police, was approaching the shooter to perform a Covid-19 temperature test when he was shot at point blank range. 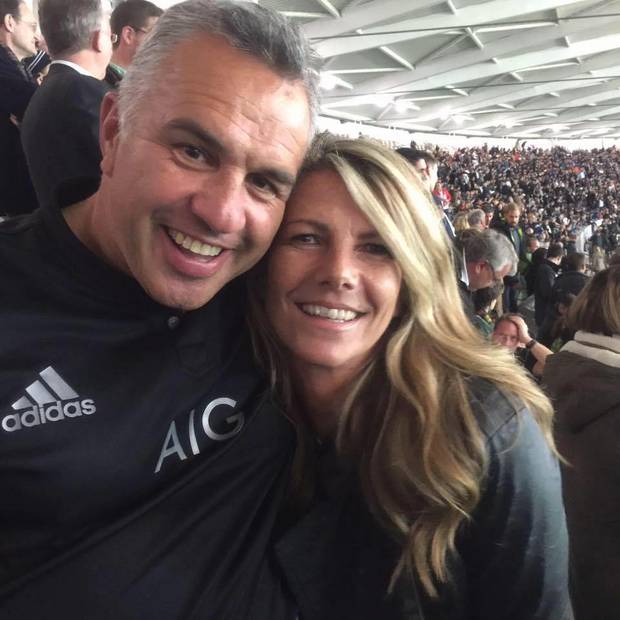 This morning police gave an update on the investigation into Ratana's death.

They confirmed detectives were carrying out inquiries at four locations in both London and Surrey, where detailed and "rigorous" searches are taking place.

Along with the police station where the shooting occurred, officers are at an area of London Road, Pollards Hill where the suspect was initially arrested by officers; an address on Southbrook Road, Norbury and a second address on Park Road, Banstead, Surrey.
Police are expected to be at the scenes for a number of days.

"Yesterday was a dark and sad day for the police family, and my thoughts are with Matt's partner, his family and colleagues here in London and across the world at this terrible time," said Metropolitan Police Deputy Assistant Commissioner Stuart Cundy, who is responsible for the investigation.

"Everyone working on this investigation, from the forensic specialists to the local officers holding the cordons, does so with a heavy heart but a determination to find justice for our colleague and his family.

"Almost forty-eight hours into the investigation, we are pursuing various lines of enquiry and recovering evidence from the four crime scenes.

"We have recovered a gun from custody where Matt was shot, which is being forensically examined.

Cundy said the "main suspect" remained in hospital in a critical condition and police were not able to speak to him.

"Our murder investigation will seek to establish why Matt was shot," he said.

" One of my priorities is to ensure any future criminal prosecution is not jeopardised.

"I know this is important to the public too and I'd ask for everyone not to speculate.

"Finally, I'd like to thank everyone for your continued support which means so much to everyone who knew Matt."

Cundy said no other arrests had been made.

The New Zealand family of Ratana told the Herald they were "devastated", and Prime Minister Jacinda Ardern posted her condolences on Facebook, saying she was "incredibly sad to hear the news".

The father-of-one was only two months off retirement, and previously helped guard Princess Diana, the Queen Mother and a former Prime Minister.

The BBC reported the suspect was known to UK counter-terrorism officials and aspects of his background may feature prominently in police inquiries.

The 23-year-old suspect is understood to have shot himself after opening fire on Ratana.
He had been arrested for alleged drugs offence and possession of ammunition.

Tributes are flowing from all corners of the world for the slain officer - including from Premier League football teams.

Crystal Palace and Everton players will hold a minute's silence before their match today in honour of Ratana.

"A minute's silence will be held immediately prior to kick-off today, as we pay our respects to local police officer Sergeant Matt Ratana," Crystal Palace Football Club tweeted:

"Our thoughts and deepest sympathies are with his family, friends and colleagues."

Despite London Metropolitan Police commissioner Dame Cressida Dick saying the shooting was not terror-related, the motive for the shooting is expected to be the focus of the police investigation.

A UK police watchdog said the suspect had his hands handcuffed behind his back and they are examining CCTV and police body cam footage to establish how the shooting happened.

Of particular concern was how thoroughly the suspect was searched before he was taken into custody.

The Daily Mail reported Ratana was allegedly shot five times in the chest at close range.

The family of Ratana's partner of four years, Sue Bushby, had also been reached by British press last night.

"We simply can't believe it. How did someone have a gun in the police station?" Tessier told The Sun.

"I'm sure there is going to be a huge investigation by the Met but it doesn't seem right at all."

Tessier said her sister was distraught at the news.

"She got a knock on the door in the morning. It's just devastating," Tessier said.

"We can't believe it. He was the life and soul, a real fun-loving guy. He was a great big friendly bear of a man, one of the loveliest men you could meet."

Originally from Hawke's Bay, Ratana was educated at Palmerston North Boys' High School and went to the UK in 1989 while in his early 20s. He joined the London Metropolitan Police two years later.

He was once just 300m from an IRA bomb that exploded outside the British Prime Minister's residence at 10 Downing St in 1992.

Ratana returned to New Zealand to serve for Auckland City and Counties Manukau police between 2003 and 2008.

NZ Police rang Ratana's sister in New Zealand in the early hours of yesterday morning to break the news.

"Everyone is really devastated to hear the news he has passed," Ratana's cousin, Adrian Rurawhe - who is the Labour MP for the Te Tai Hauāuru electorate - told the Herald.

"We all go through a journey of discovery, especially those of us that didn't grow up with te reo, but he was so proud of being Māori."

Ratana was also heavily involved in rugby throughout his life, becoming senior coach of East Grinstead RFC, south of London, in recent years.

Ratana was also heavily involved in rugby throughout his life, becoming senior coach of East Grinstead RFC, south of London, in recent years.

The fallout from Ratana's death was reverberating in the UK police community last night, with a former head of Manchester Police telling the BBC the shooting was "obviously going to cause a lot of fear for police officers".

"It's very upsetting for them as it makes them feel so vulnerable," former Chief Constable of Greater Manchester Police Sir Peter Fahy said.

Born to a Scottish mother and Māori father, Ratana was the eldest child of an extended whānau of stepbrothers and stepsisters.

His immediate New Zealand family told the Herald they did not want to comment.