A man diving to the ocean floor off the coast of Newcastle's port to retrieve an estimated $20m worth of cocaine has drowned.

Emergency services were called to Heron Rd in Newcastle around 9.30am on Monday following reports of an unconscious diver on the shore.

Passers-by found the man unconscious and weighed down by diving equipment near the northern end of the port.

They performed CPR until paramedics arrived on the scene, but the man died at the scene.

Numerous packages containing more than 50kg of a white powder believed to be cocaine were located in the waters near the shore with an estimated potential street value of $20 million.

It is believed the man had been attempting to get the waterproof packages containing cocaine to the surface.

Early reports suggest the man had been found with a specialised device that allowed him to stay underwater for an extended period of time to collect the drugs. 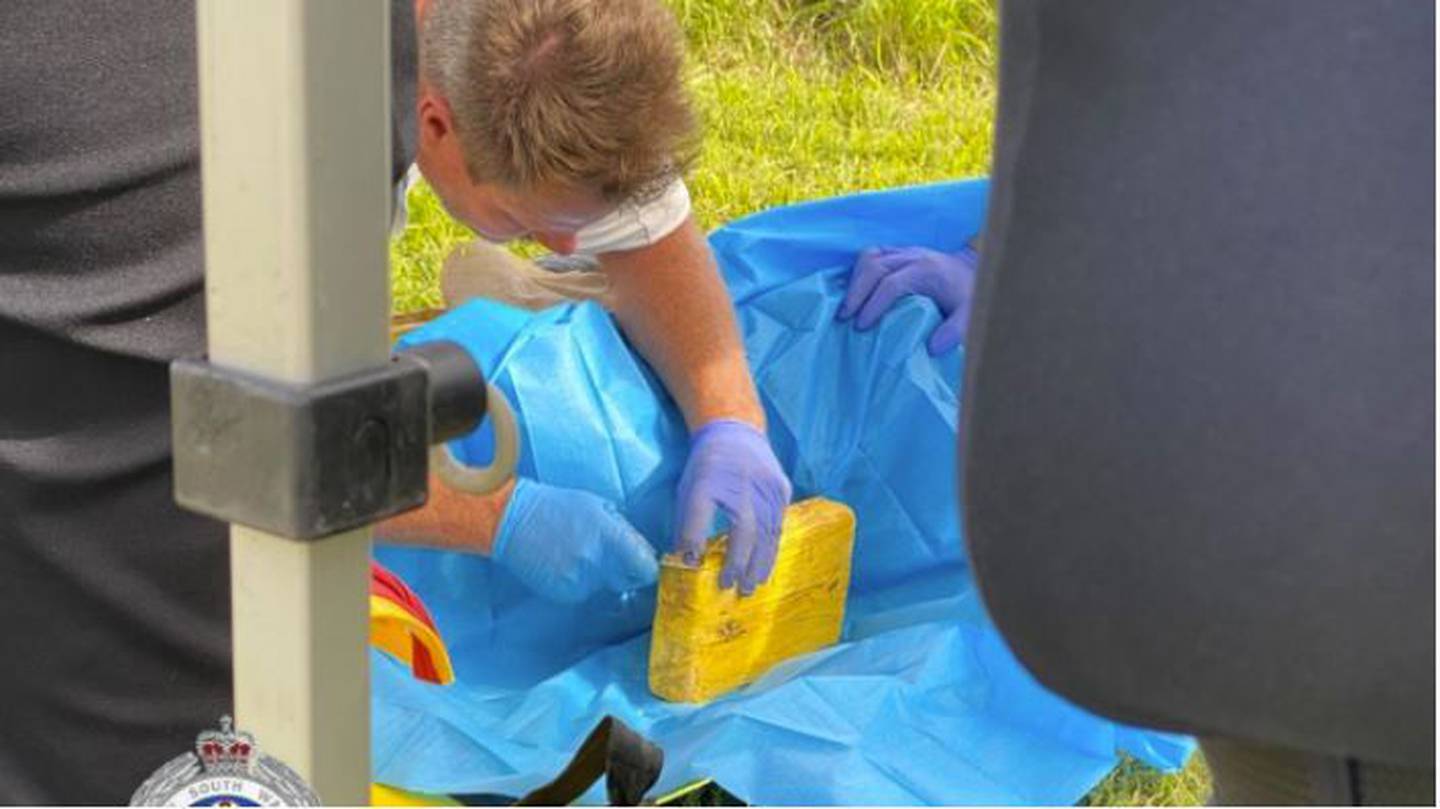 A man has drowned while trying to smuggle an estimated more than 50 kilograms of cocaine to shore near the Port of Newcastle. Photo / NSW Police

A crime scene was established and the marine police unit, including divers, began searching surrounding waters with the assistance of the Australian Border Force.

A number of packages were also found floating in waters where the man's body was found.

The man is yet to be formally identified and an investigation by the Organised Crime Squad and Australian Federal Police is now under way.

Detectives are working to investigate who the man is, what drug syndicate he may be linked to, and where the cocaine came from.

They will also work to uncover the events that lead to the man's death.

The drug bust comes after Australian authorities thwarted another attempt to smuggle 178kg of cocaine from Brazil to Newcastle in 2021.