A Queensland superyacht tour operator has been hit with major drug charges after allegedly trying to flee the country following the death of a diver and discovery of more than $20 million worth of cocaine in Newcastle.

Queensland and federal police arrested 62-year-old James "Jimmy" Blee as he allegedly tried to flee Australia on a flight to Singapore on Wednesday evening. 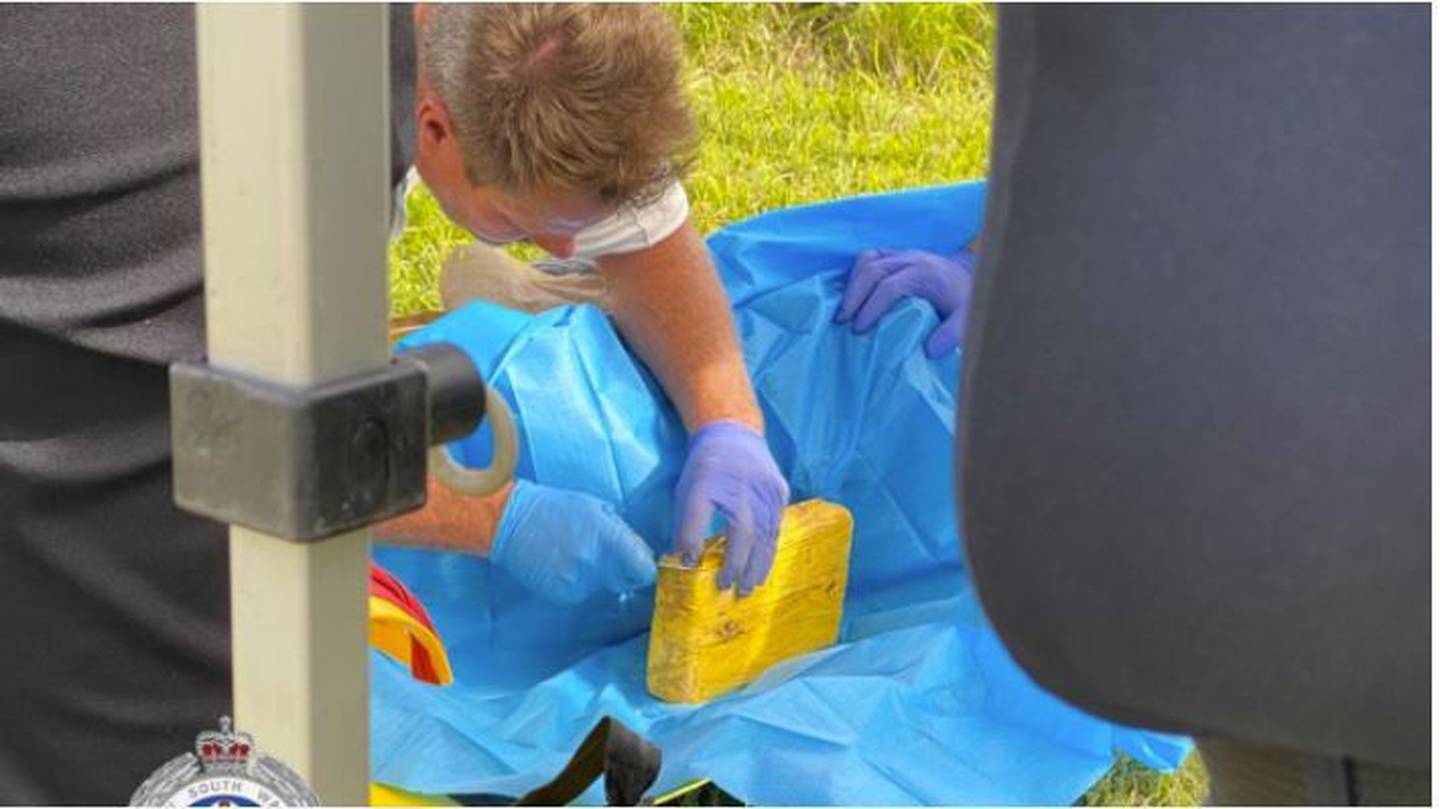 A man drowned while trying to smuggle an estimated more than 50 kilograms of cocaine to shore near the Port of Newcastle. Photo / NSW police

Blee was due to appear on Thursday in Cairns Magistrates Court for a hearing, in which NSW Organised Crime Squad detectives would seek his extradition to NSW, however the matter has been adjourned until Friday.

Blee created North Queensland Superyacht Marine and Tours in Australia, after Covid affected his Indonesian business interests, according to his LinkedIn profile.

His biography described him as a captain in "great demand" as a superyacht guide, having piloted luxury charter yachts for the world's rich and famous in southeast Asian waters.

"His singular wealth of knowledge and experience in all aspects of charter operations for top-end clients in the Archipelago is beyond legendary," his profile read.

He was arrested as he allegedly tried to board a plane to Singapore about 5.30pm on Wednesday.

It came after the body of a diver and 54kg of cocaine was found at the port of Newcastle about 9.30am on Monday.

NSW police allegedly found evidence of more drugs further up the Hunter River near the port on Wednesday.

An empty bale washed up on the bank of the river.

Police have also made a partial identification on the suspected drug mule who drowned after diving to the ocean floor off the coast of Newcastle to retrieve more than 50kg worth of cocaine.

The man was a foreign national and authorities are trying to make contact with his family to notify them of his death.

Emergency services were called to Heron Road, near the shipping ports on Kooragang Island around 9.30am on Monday following reports of an unconscious diver on the shore.

Port officials noticed a man floating in the water and he soon washed up on shore, weighed down by diving equipment near the northern end of the port.

They performed CPR until paramedics arrived, but the man died at the scene.

Numerous packages containing more than 50kg of a white powder believed to be cocaine were located in the waters near the shore with an estimated potential street value of $20 million.

"We do have some information about general trafficking and we'll certainly be leaving no stone unturned in finding out where this package came from and also to identify this man," Critchlow said.

Suspicious activity was reported on Sunday night around a large vessel moored very close to where the man's body was found.

Around midnight, port officials saw an inflatable rubber dinghy and a 5m aluminium speedboat with a green stripe floating near the ship under the cover of darkness.

Critchlow said the presence of two small boats led police to believe there was more than one person involved in the alleged operation.

"It's something of concern that there's evidently more people involved than the dead man."

The vessel known as the Areti. GR is registered to the Marshall Islands, but originated in Argentina where it was loaded with soy bean powder to transport to Australian shores.

It arrived on Sunday afternoon and was searched thoroughly on Monday morning with all crew members interviewed by authorities.