A jet carrying 62 people lost contact with air traffic controllers minutes after taking off from Indonesia's capital on a domestic flight on Saturday, and debris found by fishermen was being examined to see if it was from the missing plane, officials said.

Transportation Minister Budi Karya Sumadi said Sriwijaya Air's Flight SJ182 was delayed for an hour before it took off at 2:36 p.m. The Boeing 737-500 disappeared from radar four minutes later, after the pilot contacted air traffic control to ascend to an altitude of 29,000 feet (8,839 meters), he said.

The airline said in a statement that the plane was on an estimated 90-minute flight from Jakarta to Pontianak, the capital of West Kalimantan province on Indonesia’s Borneo island. The plane was carrying 50 passengers and 12 crew members, all Indonesian nationals, including six extra crew for another trip.

Sumadi said a dozen vessels, including four warships, were deployed in a search-and-rescue operation centered between Lancang island and Laki island, part of the Thousand Islands chain just north of Jakarta.

Bambang Suryo Aji, the National Search and Rescue Agency’s deputy head of operations and preparedness, said rescuers collected plane debris and clothes that were found by fishermen. They handed the items over to the National Transportation Safety Committee for further investigation to determine whether they were from the missing plane.

A commander of one of the search-and-rescue ships who goes by a single name, Eko, said that fishermen found cables and pieces of metal in the water. 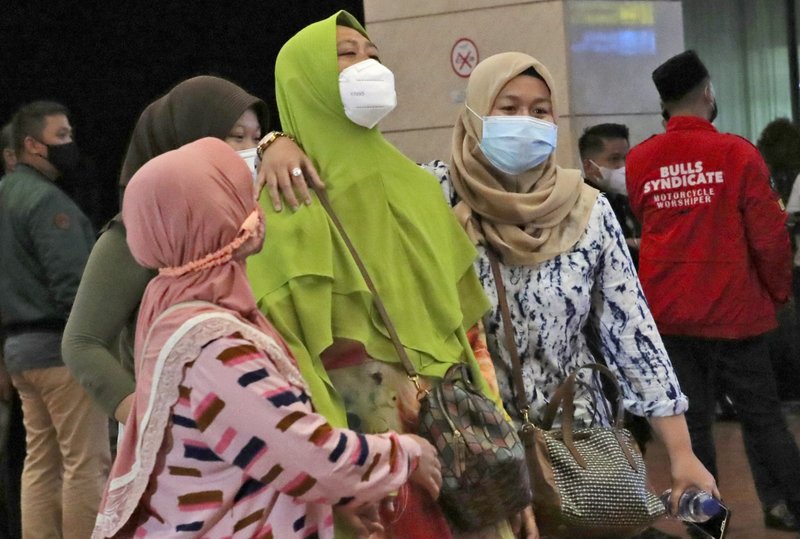 Relatives of passengers arrive at Soekarno-Hatta International Airport after receiving news regarding their loved ones. Photo / AP

“The fishermen told us that they found them shortly after they heard an explosion like the sound of thunder,” Eko was quoted by TVOne as saying, adding that aviation fuel was found in the location where the fishermen found the debris.

Aji said no radio beacon signal had been detected from the 26-year-old plane. He said his agency was investigating why the plane's emergency locator transmitter, or ELT, was not transmitting a signal that could confirm whether it had crashed.

“The satellite system owned by neighboring Australia also did not pick up on the ELT signal from the missing plane,” Aji said.

Solihin, 22, a fisherman from Lancang Island, said he and two other fishermen heard an explosion around 30 meter from them.

“We thought it was a bomb or a tsunami since after that we saw the big splash from the water after the explosion. It was raining heavily and the weather was so bad. So it is difficult to see around clearly. But we can see the splash and a big wave after the sounds. We were very shocked and directly saw the plane debris and the fuel around our boat,” he said.

Tracking service Flightradar24 said on its Twitter feed that Flight SJ182 lost more than 10,000 feet (3,048 meters) of altitude in less than a minute, about four minutes after takeoff.

Sriwijaya Air President Director Jefferson Irwin Jauwena said the plane was airworthy. He told reporters that the plane had previously flown to Pontianak and Pangkal Pinang city on the same day.

“Maintenance report said everything went well and airworthy,” Jauwena told a news conference. He said the plane was delayed due to bad weather, not because of any damage.

It was raining at Jakarta’s Soekarno-Hatta International Airport when the plane took off for Pontianak, around 740 kilometers (460 miles) away. 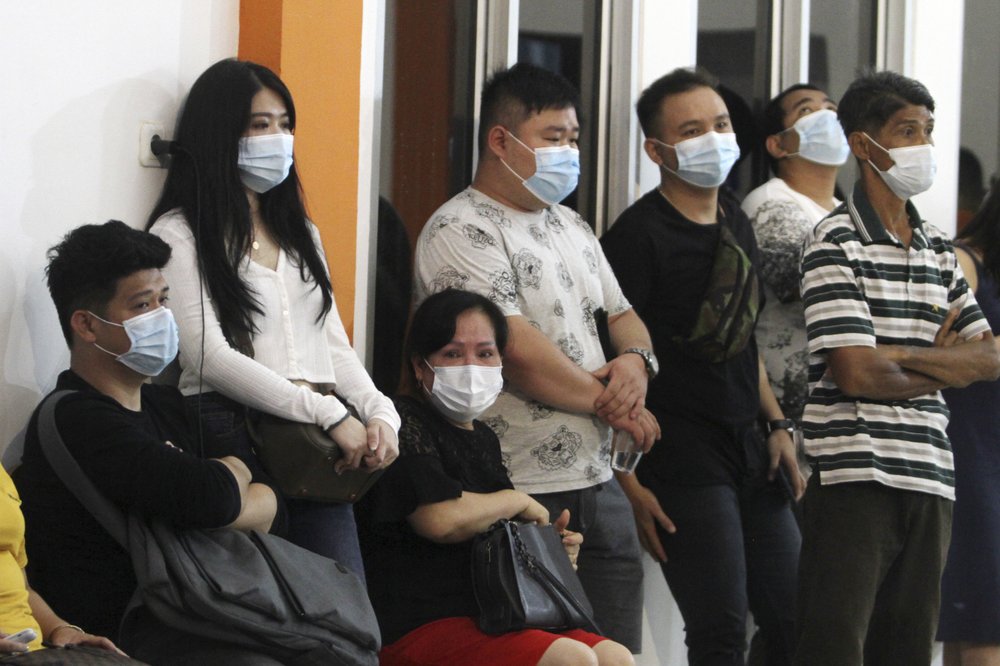 People wait for news on their relatives who are on board of Sriwijaya Air passenger jet that lost contact with air traffic controllers after take off. Photo / AP

Television footage showed relatives and friends of people aboard the plane weeping, praying and hugging each other as they waited at airports in Jakarta and Pontianak.

Chicago-based Boeing said on its Twitter feed that it was aware of the incident. It said it was closely monitoring the situation and “working to gather more information.”

The twin-engine, single aisle Boeing 737 is one of the world’s most popular planes for short and medium-haul flights. The 737-500 is a shorter version of the widely used 737 model. Airlines began using this type of plane in the 1990s, with production ending two decades ago.

Federal Aviation Administration records indicate the plane that lost contact Saturday was first used by Continental Airlines in 1994. The registration switched briefly to United Airlines after the two merged, then it was sold to the Indonesian airline, which started using it in 2012.

Sriwijaya Air began operations in 2003 and flies to more than 50 destinations in Indonesia and a handful of nearby countries, according to its website. Its fleet includes a variety of 737 variants as well as the regional ATR 72 twin-engine turboprop plane.

The airline has had a solid safety record until now, with no onboard casualties in four incidents recorded on the Aviation Safety Network database, though a farmer was killed when a Boeing 737-200 left the runway in 2008 following a hydraulic problem.

Indonesia, the world’s largest archipelago nation, with more than 260 million people, has been plagued by transportation accidents on land, sea and air because of overcrowding on ferries, aging infrastructure and poorly enforced safety standards.

In October 2018, a Boeing 737 MAX 8 jet operated by Lion Air plunged into the Java Sea just minutes after taking off from Jakarta, killing all 189 people on board. The plane involved in Saturday's incident did not have the automated flight-control system that played a role in the Lion Air crash and another crash of a 737 MAX 8 jet in Ethiopia five months later, leading to the grounding of the MAX 8 for 20 months.

The Lion Air crash was Indonesia's worst airline disaster since 1997, when 234 people were killed on a Garuda airlines flight near Medan on Sumatra island. In December 2014, an AirAsia flight from the Indonesian city of Surabaya to Singapore plunged into the sea, killing 162 people.

Indonesian airlines were previously banned from flying to the United States and European Union for not meeting international safety standards. Both have since lifted the ban, citing improvement in aviation safety and greater compliance with international standards.