Sri Lanka's prime minister has been elected president by MPs who opted for a seasoned, veteran leader to lead the country out of economic collapse, despite widespread public opposition.

Ranil Wickremesinghe, an ally of ousted President Gotabaya Rajapaksa whose term he is finishing after he fled the country and resigned, urged fellow MPs to unite in saving the nation.

"People are not expecting the old politics from us, they expect us to work together," he told Parliament.

But he is a divisive figure, unpopular among a public fed up with shortages of food, fuel and medicine, and critics question whether he can muster the political heft and public support to get the job done.

Wickremesinghe was appointed prime minister by Rajapaksa in May after angry protests forced Rajapaksa's brother, Mahinda Rajapaksa, to step down and seek refuge in a naval base. 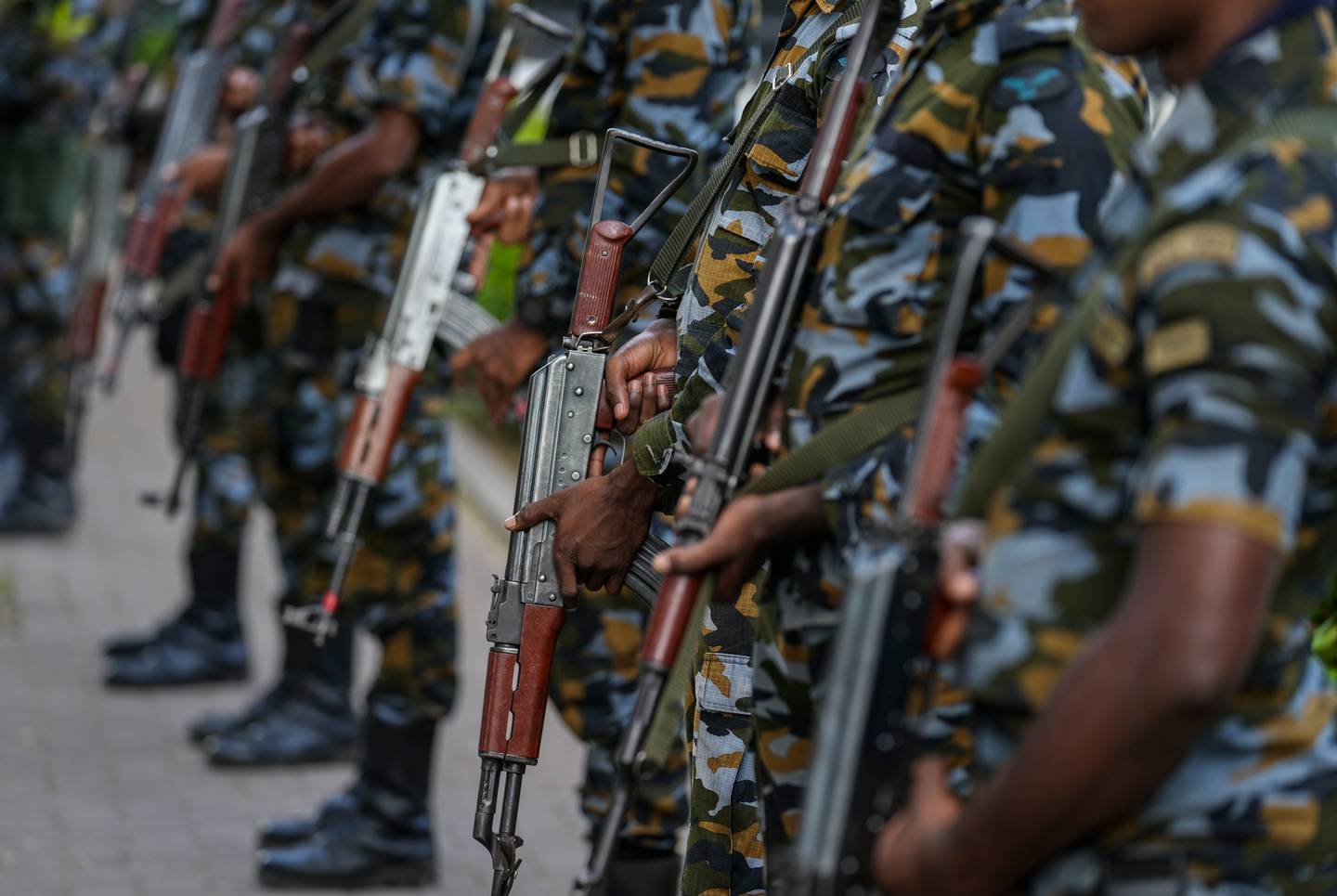 Gotabaya Rajapaksa fled Sri Lanka earlier this month, submitting his resignation by email, and Wickremesinghe became acting president ahead of Wednesday's vote, as well as prime minister and finance minister.

He then quickly declared a state of emergency after protesters stormed the presidential palace and several other government buildings last week. That gave him broad powers to act in the interest of public security and order, enabling the authorities to carry out searches and detain people. Wickremesinghe was also empowered to change or suspend any law.

At 73, Wickremesinghe has had six terms as prime minister. Rajapaksa chose him as he tried to restore Sri Lanka's credibility after it stopped making payments on its $51 billion in foreign debt.

As protests raged, he became the public face of the crisis, delivering weekly addresses in Parliament, raising taxes and pledging to overhaul a government that had increasingly concentrated power under the presidency, helping to tip the country into crisis. He has been leading negotiations on a bailout package with the International Monetary Fund.

Opponents have accused Wickremesinghe of protecting the Rajapaksa family, who are widely blamed for leading the nation into ruin, from allegations of corruption and other wrongdoing.

Just days before MPs elected him president, protesters took over Wickremesinghe's office compound demanding that he resign. His private residence was burned down.

Wickremesinghe's win on Wednesday was a vindication after a humiliating 2020 electoral defeat for his United National Party — one of the country's main and oldest parties — that left him its sole MP. With support from Rajapaksa's ruling party, he netted 134 votes, far more than runner-up Dullas Alahapperuma, a former government minister backed by the opposition. He won 82 votes.

Ahead of the vote, few MPs had publicly said they would vote for Wickremesinghe given the widespread public hostility against him — but dozens loyal to Rajapaksa had been expected to back him because he had assured them he would severely punish protesters who had attacked politicians' homes during the unrest. Wickremesinghe, born into a wealthy, politically active family whose fortune was made in timber and the media, has been an MP for 45 years.

His reputation suffered during a previous stint as prime minister in a difficult power-sharing arrangement with then-President Maithripala Sirisena. A communication breakdown between them was blamed for intelligence lapses that led to a terror attack in 2019 that devastated tourism even before the catastrophic blow from the pandemic.

He earned a law degree from the University of Colombo and practised as a lawyer before entering politics in 1977, becoming the youngest MP at the time. He was first appointed prime minister in 1993 and also was an opposition leader for more than a decade.

Wickremesinghe has generally kept details of his private life under wraps. He is married to Maitree Wickremesinghe, a professor and expert on gender and women's studies.