Firefighters in Spain and Germany struggled to contain wildfires on Sunday amid an unusual heat wave in Western Europe for this time of year.

The worst damage in Spain has been in the northwest province of Zamora where over 25,000 hectares have been consumed, regional authorities said, while German officials said that residents of three villages near Berlin were ordered to leave their homes because of an approaching wildfire Sunday.

Spanish authorities said that after three days of high temperatures, high winds and low humidity, some respite came with dropping temperatures Sunday morning. That allowed for about 650 firefighters supported by water-dumping aircraft to establish a perimeter around the fire that started in Zamora's Sierra de la Culebra. Authorities warned there was still danger that an unfavourable shift in weather could revive the blaze that caused the evacuation of 18 villages. 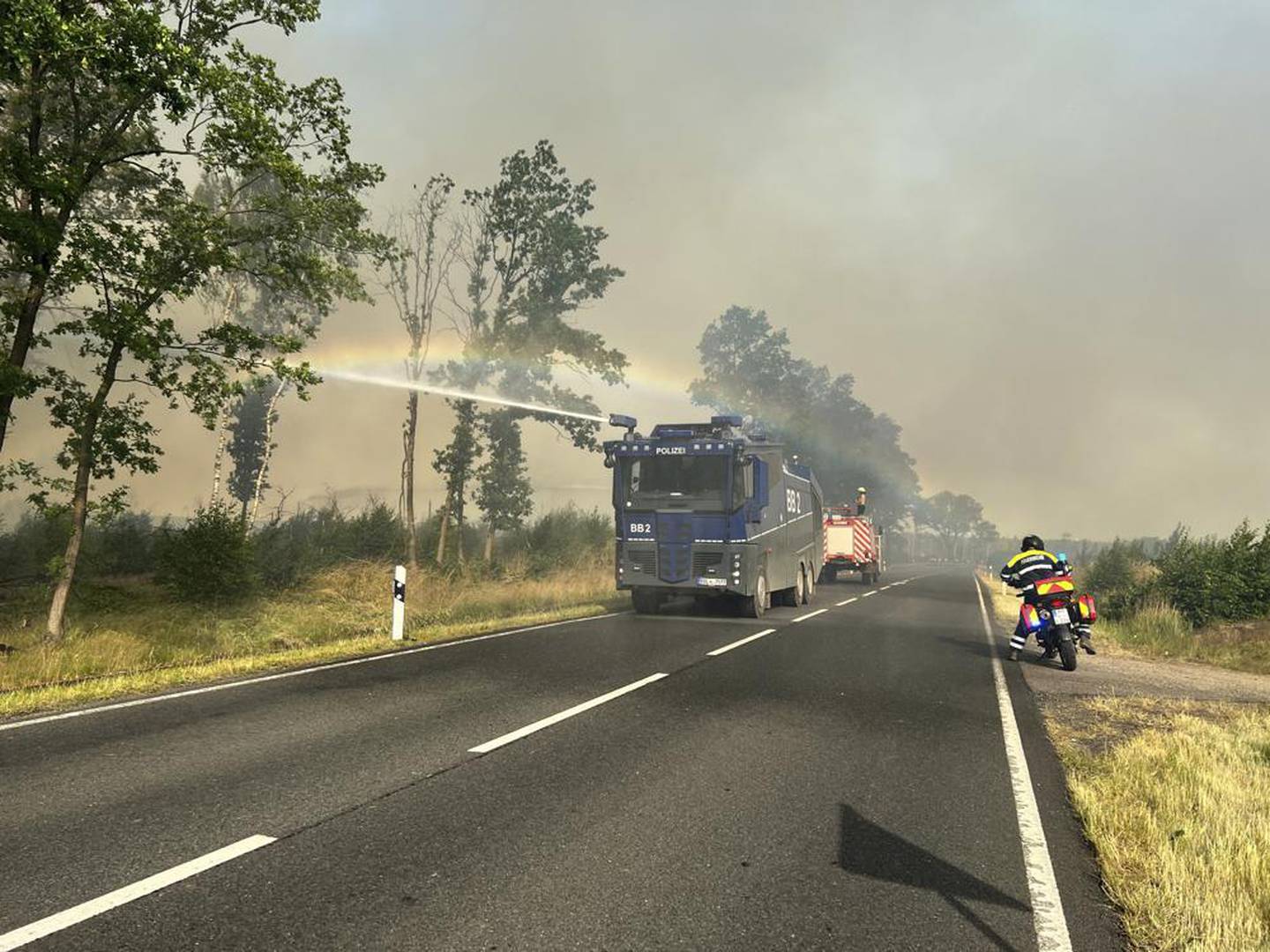 A police water cannon is in action in a forest fire in Treuenbrietzen, Germany. Photo / AP

Spain has been on alert for an outbreak of intense wildfires as the country swelters under record temperatures at many points in the country for June. Experts link the abnormally hot period for Europe to climate change. Thermometers have risen above 40C in many Spanish cities throughout the week — temperatures usually expected in August.

A lack of rainfall this year combined with gusting winds have produced the conditions for the fires.

Authorities said that gusting winds of up 70km/h that changed course erratically, combined with temperatures near 40C, made it very tough for crews.

"The fire was able to cross a reservoir some 500 metres wide and reach the other side, to give you an idea of the difficulties we faced," Juan Suárez-Quiñones, an official for Castilla y León region, told Spanish state television TVE.

The fire in Zamora was started by a strike from an electrical storm on Wednesday, authorities said. The spreading fire caused the high-speed train service from Madrid to Spain's northwest to be cut on Saturday. It was reestablished on Sunday morning.

Military firefighting units have been deployed in Zamora, Navarra and Lleida.

There have been no reports of lives lost, but the flames reached the outskirts of some villages both in Zamora and in Navarra. Videos shot by passengers in cars showed flames licking the sides of roads. In other villages, residents looked on in despair as black plumes rose from nearby hills.

In central-north Navarra, authorities have evacuated some 15 small villages as a precaution, as the high temperatures in the area are not expected to drop until Wednesday. 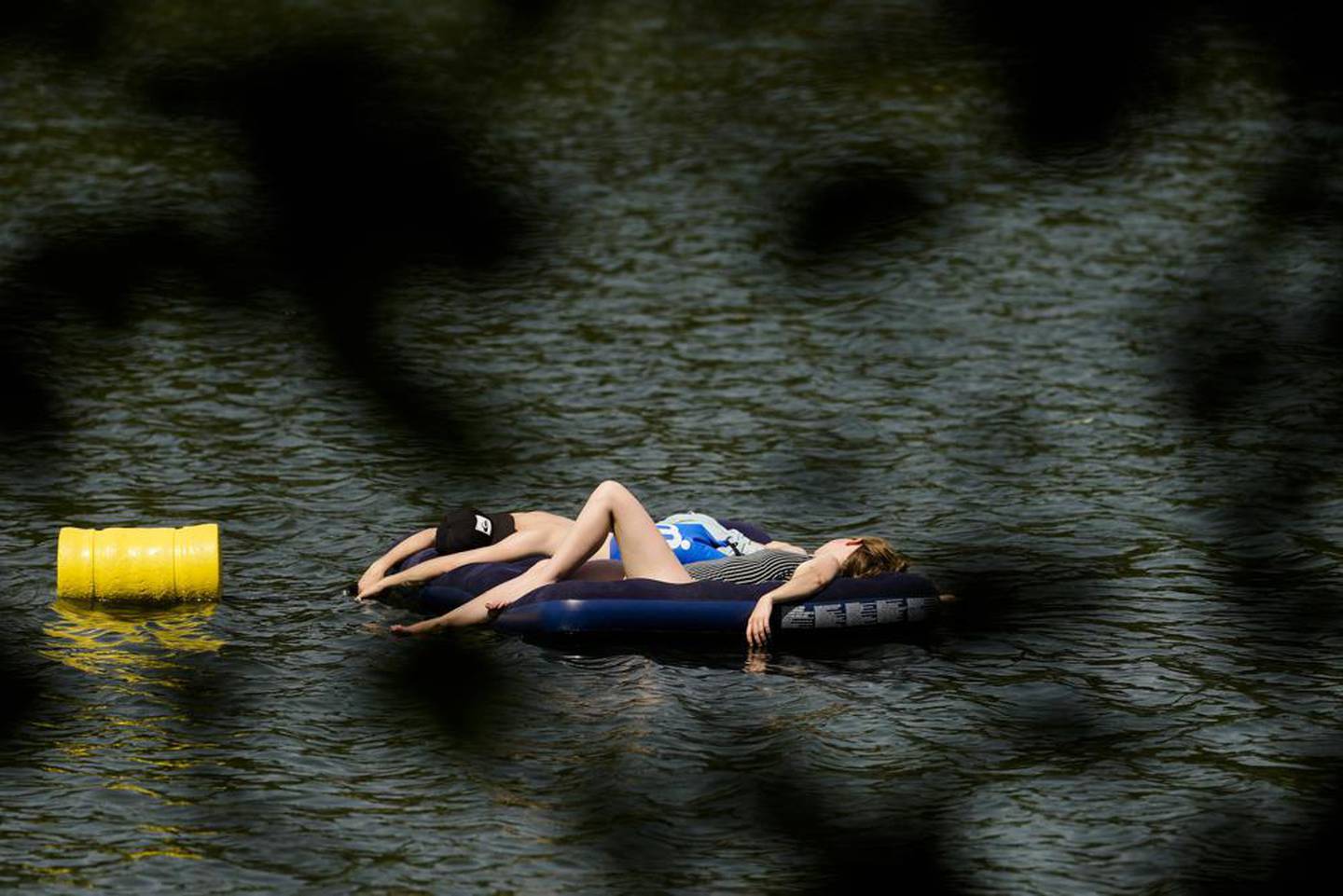 People rest on an air mattress on a hot summer day at the Orankesee lake in Berlin, Germany. Photo / AP

They also asked farmers to stop using heavy machinery that could unintentionally spark a fire.

Remírez said that some villages had seen some buildings damaged on their outskirts. 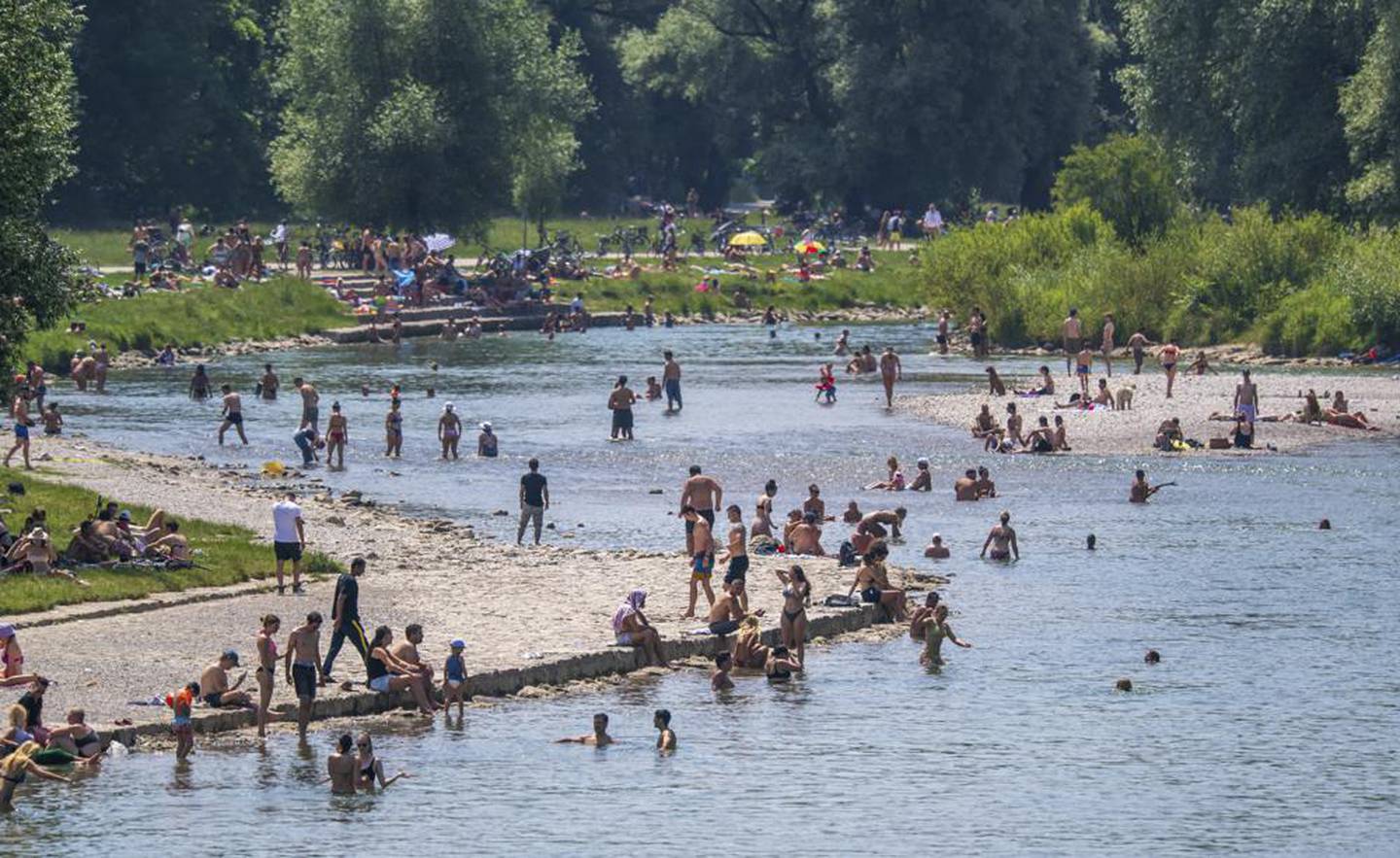 Bathers cool off at and in the Isar River, which flows through the middle of the Bavarian capital of Munich. Photo / AP

Some wild animals had to be evacuated from an animal park in Navarra and taken to a bull ring for safe keeping, authorities said.

Wildfires were also active in three parts of northeast Catalonia: in Lleida, in Tarragona and in a nature park in Garaf, just south of Barcelona.

Firefighters said that 2700ha were scorched in Lleida. They added that they have responded to over 200 different wildfires just in Catalonia over the past week.

In Germany, strong winds have been fanning the blaze about 50km southwest of Berlin, prompting officials to declare an emergency Saturday.

Villagers in Frohnsdorf, Tiefenbrunnen and Klausdorf were told to immediately seek shelter at a community centre in the nearby town of Treuenbrietzen.

"This is not a drill," town officials tweeted. 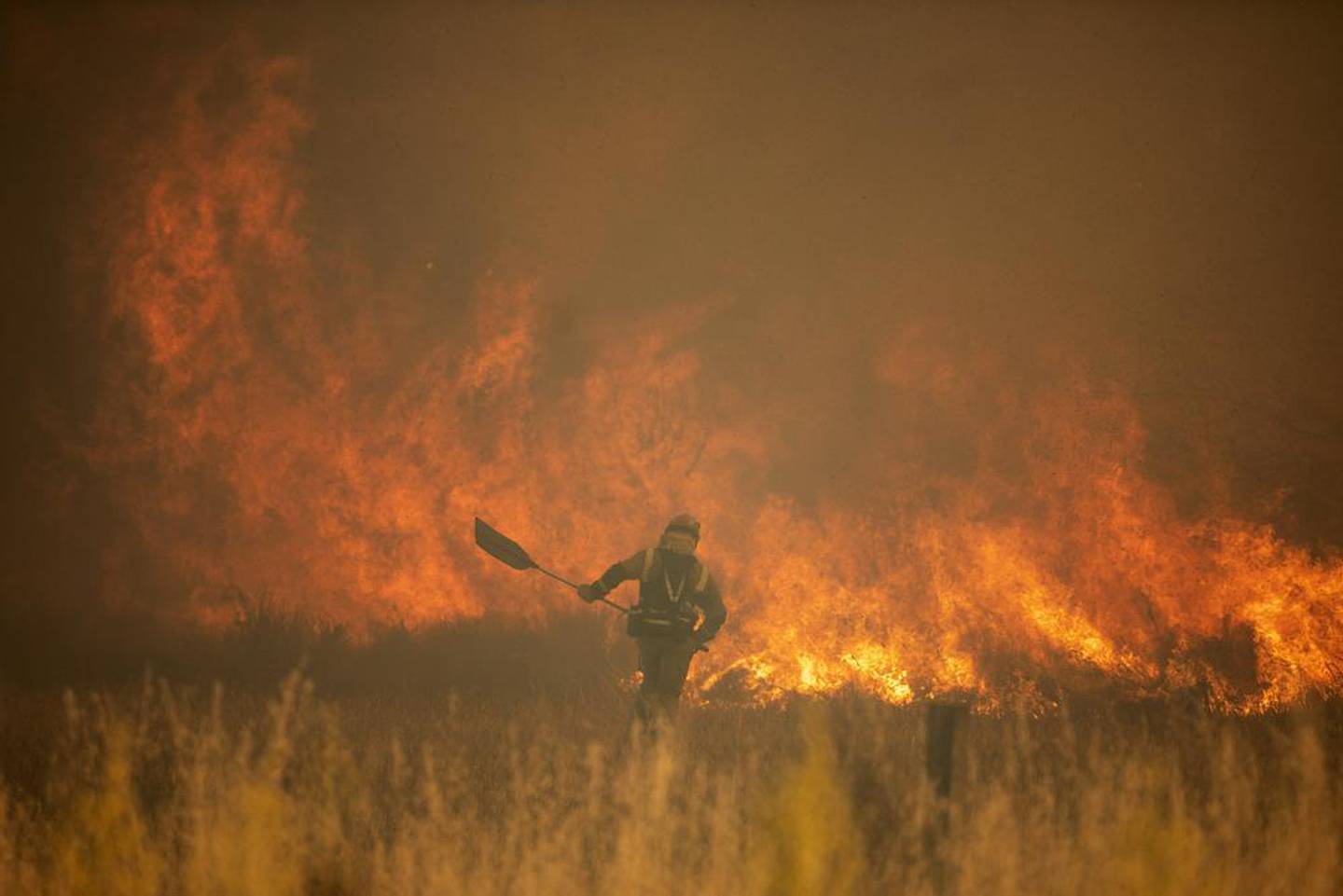 A firefighter works in front of flames during a wildfire in the Sierra de la Culebra in the Zamora Provence. Photo / AP

The country's national weather agency said the mercury topped 38C at some measuring station in the east Sunday.

Thunderstorms were forecast to bring cooler weather in from the west from the evening onward.