Declaring a national state of disaster, South Africa has allocated almost NZ$100 million to help those hit by floods that have killed at least 448 people in the eastern city of Durban and the surrounding KwaZulu-Natal province.

Nearly 4000 homes have been destroyed and more than 40,000 people displaced by the floods and mudslides caused by prolonged heavy rains, provincial officials said yesterday.

More than 40 people are missing and about 600 schools have been hit with damages estimated at about $41 million, according to officials.

South Africa's military has deployed 10,000 troops in Operation Chariot to help with search and rescue, deliver food, water and clothing to flood victims, and rebuild collapsed roads and bridges. Water tankers have been sent to areas where access to clean water has been disrupted and teams are working to restore electricity to large areas. Visiting some of the flooded areas last week, South African President Cyril Ramophosa blamed climate change for the unprecedented rains, the heaviest in at least 60 years. Announcing the state of disaster in a televised address Monday night, Ramaphosa pledged that government funds for the flood victims will not be lost to corruption.

"There can be no room for corruption, mismanagement or fraud of any sort," said Ramaphosa.

"Learning from the experience of the Covid-19 pandemic, we are drawing together various stakeholders to be part of an oversight structure to ensure all funds disbursed to respond to this disaster are properly accounted for and that the state receives value for money," he said.

Ramaphosa's remarks come after widespread graft was uncovered by the state's Special Investigating Unit in state funds that were supposed to help the nation respond to the Covid-19 pandemic.

Former Health Minister Zweli Mkhize resigned after the investigation found that businesses linked to his family benefited from inflated Covid-19 contracts from his department.

Despite Ramaphosa's pledge, many South Africans are sceptical that government funds for flood relief will not be diverted by corruption. Several businesses, prominent South Africans and charities have pledged money to private organisations. 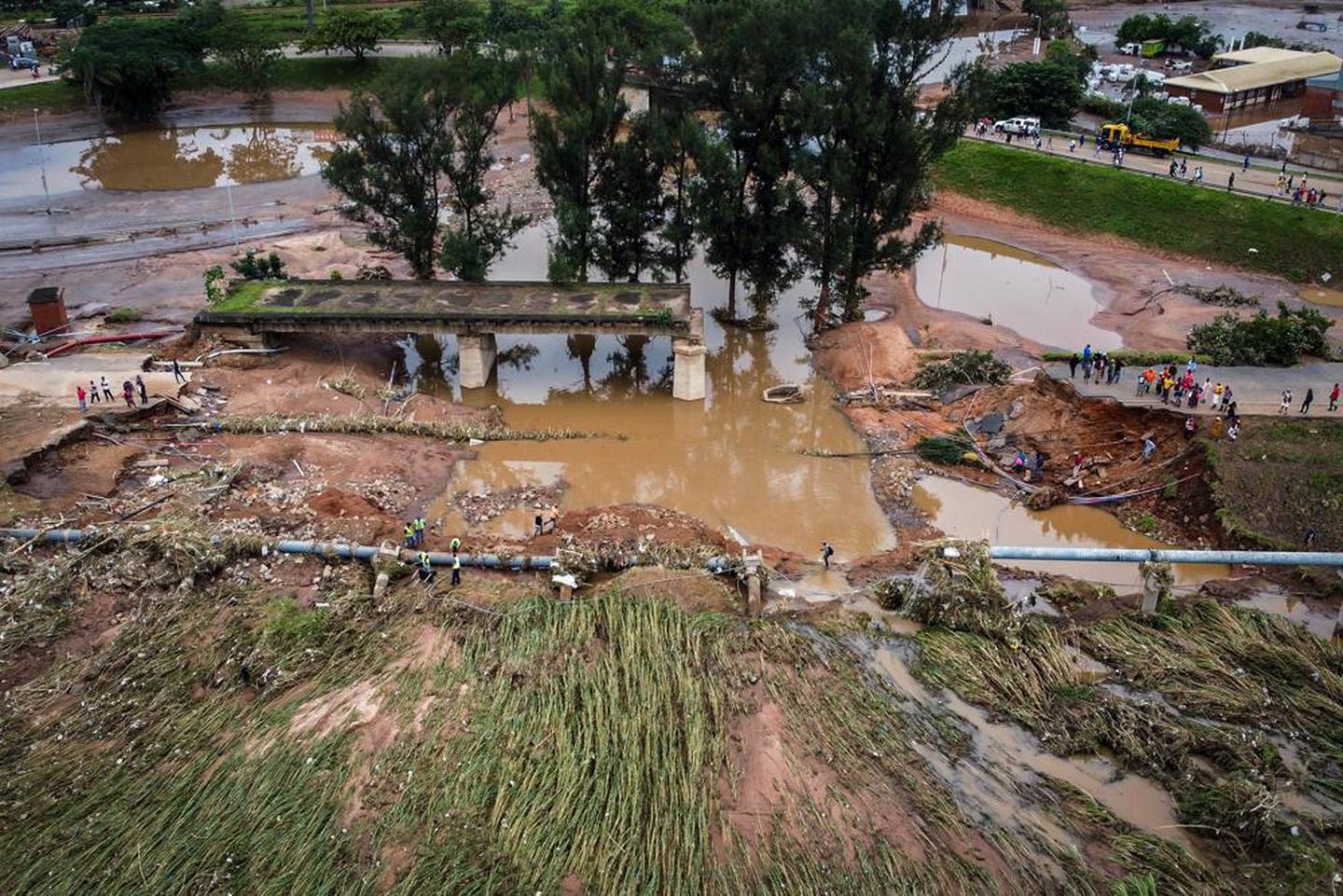 A collapsed bridge on the Griffiths Mxenge Highway in Durban in Durban, South Africa. Photo / AP

South Africa had been in a national state of disaster over Covid-19 since March 2020 until it was lifted two weeks ago, but it has now been reinstated in response to the Durban floods.