Residents of an exclusive London apartment block have been shocked by sky-high prices for heating their glass-bottom pool.

The Embassy Gardens near the new US Consulate headquarters caught attention worldwide for its impressive swimming pool that stretches between two tower blocks.

Suspended 35 metres in the air, the see-through Sky Pool was designed to create the illusion of flying. However, there was a design flaw that the builders of the $2billion complex did not draw as much attention to.

The outrageously flashy pool costs an exorbitant $326,485 to keep heated throughout the year. 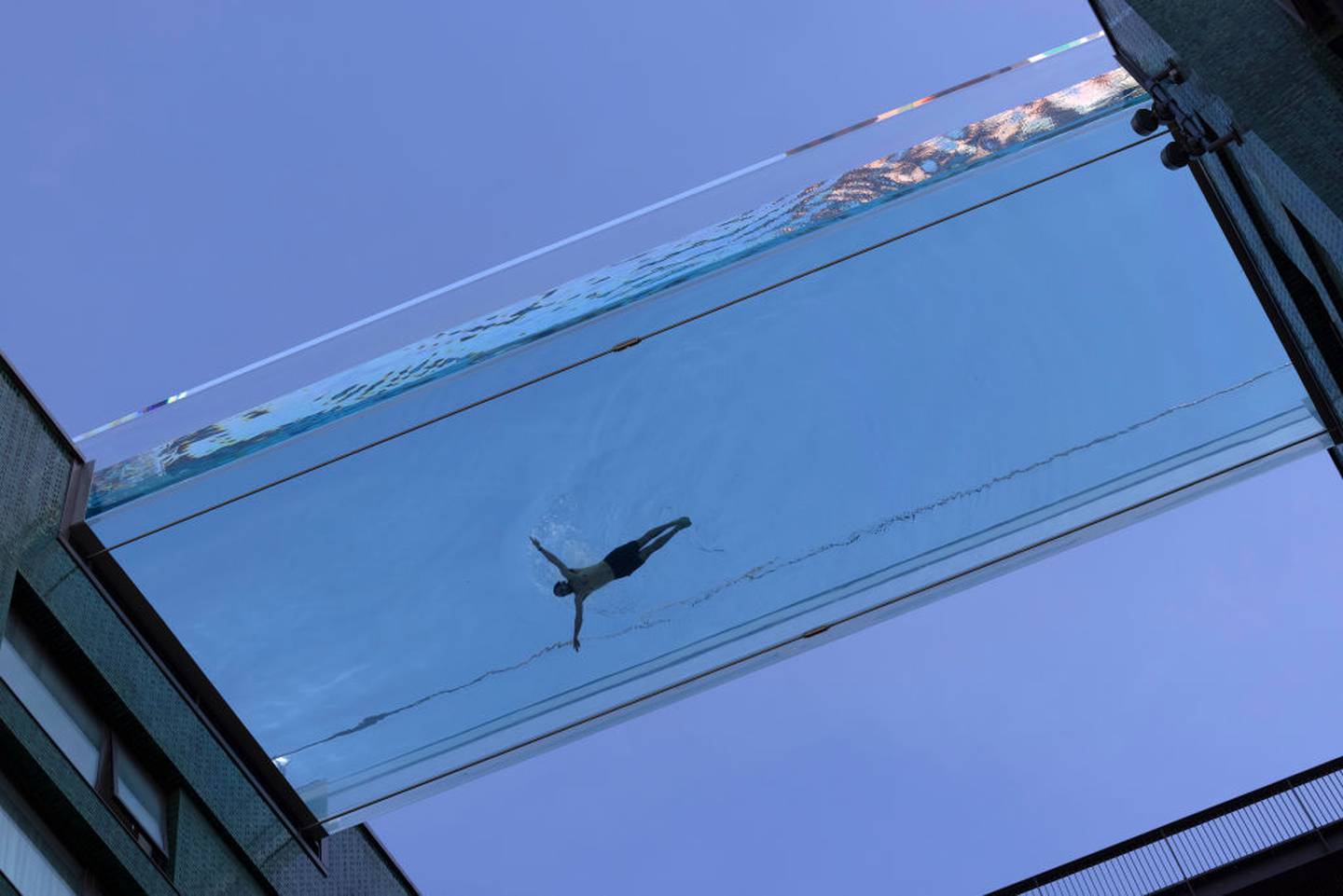 Sky Pool: Resident's of the Embassy Gardens have been left with a sky-high heating bill for their flashy pool. Photo / Dan Kitwood, Getty Images

The rapid loss of heat from the floating pool and limits on swimmer numbers mean that a dip works out at around $180 a swim.

While residents are charged a premium for the designer inner-London apartments, many say they did not have that kind of cash to splash.

The annual service charge of $17,889 is too steep according to occupants, who say it is largely unused in winter. "It is too cold to be used at the moment so it seems mad that we're still having to pay to heat it," one furious couple told The Sun.

Another resident was incensed to be charged the sky-high fees for "basically heating the sky".

A spokesperson for the developer Ballymore said that the pool remained popular throughout winter, with 90 swimmers in the last week.

They also said it was standard practice to keep leisure pools at a constant temperature of 30 degrees Celsius.

In a statement Ballymore told the Daily Mail:

"The Sky Pool is a world-class leisure facility unlike any other swimming pool in London, providing an unrivalled experience for Embassy Garden residents and their guests throughout the year."

Transported in a single piece from a factory in Colorado, the Sky Pool was opened for summer use on 19 May, last year.

The first of its kind, swimmers enjoy views of the Thames, Houses of Parliament and the London Eye from a unique perspective.

The pool is only open to residents of the multi-million-dollar apartment blocks, making it the city's most exclusive swim.

A dip in the 25-metre-long pool comes at a premium but it is an experience that is not for everyone.

Some swimmers with a phobia of heights said you couldn't pay them to take a swim in the pool.