A music school in one of Melbourne's wealthiest suburbs is embroiled in a 17-month court battle with its sacked chief executive after she refused to stop calling herself the boss and holding meetings.

The fight between the Australian Guild of Music Education and its former chief Bernadette Norton this week reached the Federal Court after the school first filed suit against her in December 2019.

The guild is a not-for-profit music and speech school in ritzy Kooyong that provides tertiary degrees at an average of A$17,000 a year, certificates and diplomas.

The board voted to sack Norton in September 2019 in a secret meeting, documents filed that year by the school in the Supreme Court of Victoria show.

The coup was triggered when the board discovered Norton had transferred A$50,000 of the school's funds into her own account, the school alleges in its statement of claim.

Its lawyer Mark Harrick alleged to the Supreme Court on Friday that the money was spent on "kitchen renovations".

Norton in an affidavit claims she was allowed to transfer the A$50,000.

"I deny that I have engaged in any wrongdoing," she said.

"The conditions of my employment were known to and approved by the committee of management at the time."

No criminal charges have been laid against her.

She believes the coup was motivated by a rival's desire to "wrest power" from her, she said in an affidavit.

She had been in the job for almost 20 years. 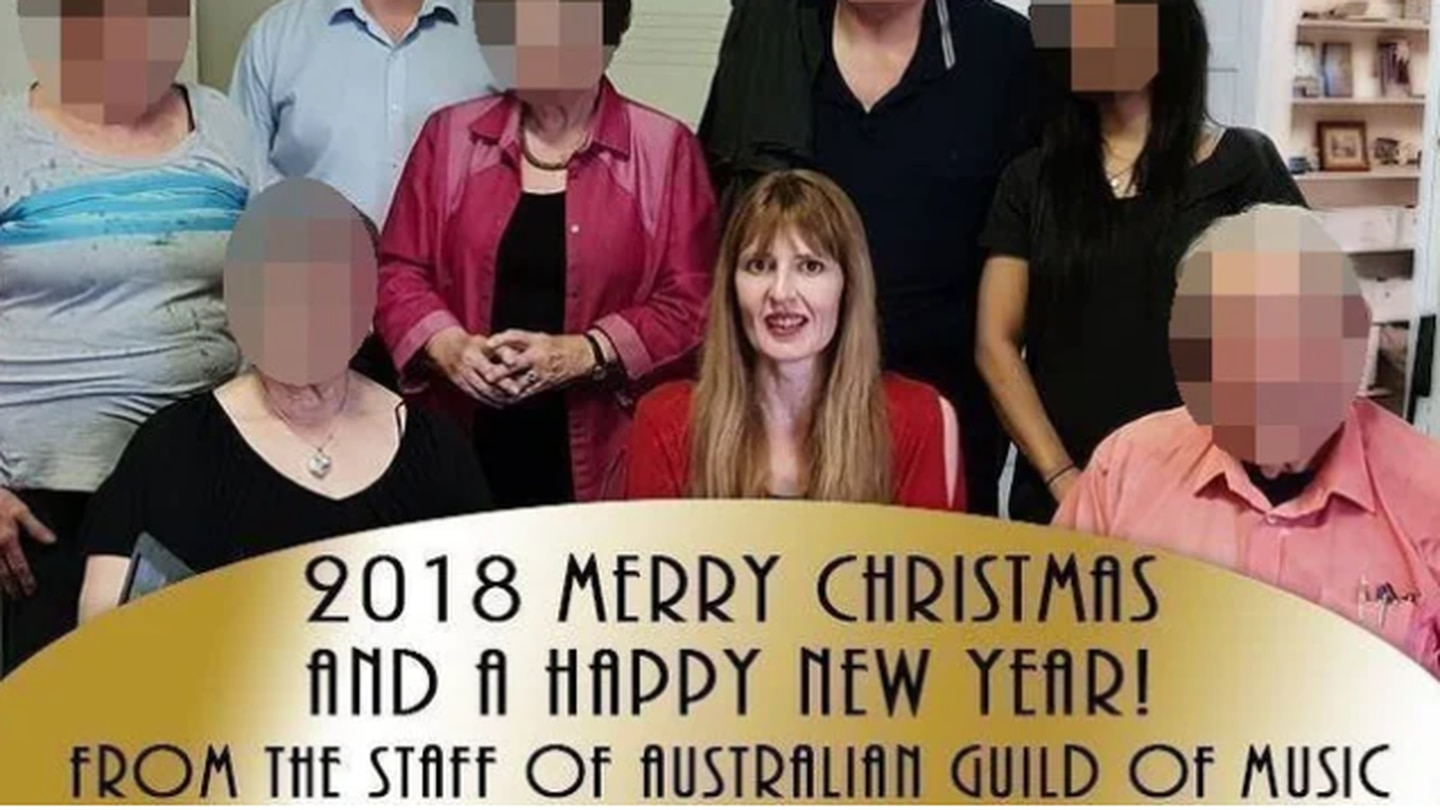 Norton was the chief executive of the Australian Guild of Music Education until October 2019 when she was sacked over an allegedly fishy A$50,000 transfer. (Photo / Facebook via NCA NewsWire)

On the same day the board was voting to sack her, Norton held a rival board meeting with a key ally and appointed new members, court documents show.

The shadow board continued to hold meetings for three months.

In December 2019, the school sought orders in the Supreme Court that Norton stop "purporting" to be the chief executive and repay the A$50,000.

It also asked the court to stop her using an email address it claims she created after she was sacked that looked like it was associated with the school.

The Supreme Court appointed a receiver to sort things out in February 2020.

The receiver appointed a new board that did not include Norton.

She has now filed in the Federal Court seeking her chief executive's salary, leave, superannuation and entitlements between her notice of termination on October 14, 2019 and August 28, 2020.

The school continues seeking an order that she repay the A$50,000 it alleges she improperly spent.

Supreme Court Judge Michael McDonald will decide in August if the repayment issue will also be transferred to the Federal Court.