Ukrainian President Volodymyr Zelenskyy has revealed that he and his family came close to being captured or killed by Russian forces when special forces sent by Moscow made two attempts to storm the presidential compound in Kyiv on the first day of the conflict.

In an interview with Time magazine, Zelenskyy told reporter Simon Shuster, who spent a fortnight in the presidential compound, that Russian troops almost found him as they attempted to seize the capital during a predawn assault on February 24.

Zelenskyy said the Ukrainian military informed him that Russian strike teams had parachuted into the capital city to assassinate or capture him, his wife, and their children.

He said his wife Olena and their daughter, 17, and son, 9, were still inside the presidential compound when bombs started to go off.

"We woke them up," Zelenskyy said, adding that he and his wife immediately started preparing the children to flee while he remained behind.

"It was loud. There were explosions over there."

Gunfights broke out around the government quarter as night fell on the first day of the war, Shuster wrote. "Guards inside the compound shut the lights and brought bulletproof vests and assault rifles for Zelensky and about a dozen of his aides."

Russian troops, he says, made two attempts to storm the compound. Zelenskyy was offered passage out of Kyiv but refused.

The president's chief of staff, Andriy Yermak – who also spoke with the publication – added: "Before that night, we had only ever seen such things in the movies."

Zelenskyy has narrowly avoided multiple assassination attempts since Russia invaded his country, according to reports.

"We have a very powerful network of intelligence and counterintelligence, they track it all," presidential adviser Mikhail Podolyak told news outlet Ukrainian Pravda. Thwarted attempts by infiltrators have included would-be assassins who have been "liquidated" while attempting to get to Zelensky's government quarters, he said last month.

"Our foreign partners are talking about two or three attempts. I believe that there were more than a dozen such attempts," Podolyak said, referring to an earlier claim involving the lower figure.

"Western intelligence is right to say that the main target for Putin was Mr Zelensky in terms of attacking the government quarter and trying to kill the country's key manager."

At least three assassination plots were thwarted in the first weeks of the war when Russian double agents who opposed the war leaked intelligence to Ukraine about two separate mercenary groups who had been sent to kill the president, according to Ukrainian government officials.

"I can say that we have received information from [Russia's Federal Security Service], who do not want to take part in this bloody war," Ukraine Secretary of National Security and Defence told local TV stations at the time.

Zelenskyy is believed to be number one on Vladimir Putin's hit list. His family, including his wife and children, are also understood to be top targets, along with key Ukraine government officials.

The shadowy Kremlin-backed mercenary Wagner Group was behind at least two of the planned attempts on Zelensky's life, according to UK newspaper The Times. If they had been or are successful, Moscow could subsequently deny direct involvement in the assassination plot.

"They would be going in there with a very high-profile mission, something that the Russians would want to be deniable — a decapitation of a head of state is a huge mission," a diplomatic source told the newspaper.

"In terms of the impact on Russian sovereign policy, this would be perhaps their biggest mission so far. It would have a major impact on the war." 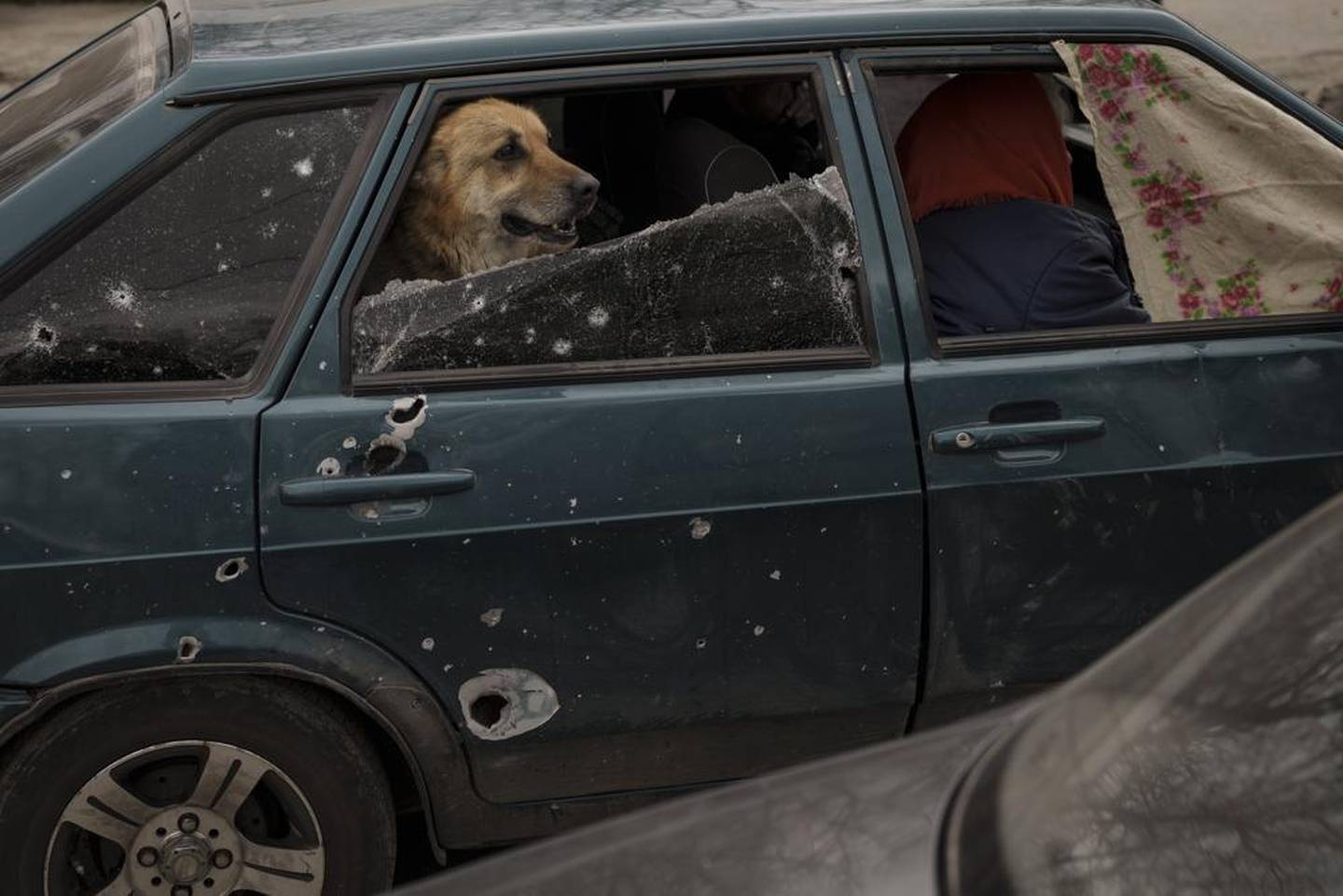 A dog rides in the back of a car as people fleeing the village of Ruska Lozova arrive at a screening point in Kharkiv, Ukraine, Friday, April 29, 2022. Photo / AP

At the start of the conflict, the US offered to evacuate Zelensky from Kyiv as the siege unfolded but he declined.

"The fight is here; I need ammunition, not a ride," Zelensky said.