Breaking its recent silence on prisoners of war, the Red Cross has said it registered "hundreds" of Ukrainian prisoners of war who left the giant Azovstal steel plant in the southern city of Mariupol after holding out in a weeks-long standoff with besieging Russian forces.

The announcement by the International Committee of the Red Cross, which acts as a guardian of the Geneva Conventions that aim to limit "the barbarity of war," came shortly after Russia's military said 1,730 Ukrainian troops at the steel mill have surrendered.

Attention now is turning to how those prisoners of war might be treated and what rights they have.

Here's a look at some key questions about POWs in Russia's nearly three-month-old war on Ukraine:

Who is a prisoner of war?

Article 4 of the third Geneva Convention, which focuses on POWs, defines them as any member of armed forces or militias — including organised resistance movements — in a conflict who "who have fallen into the power of the enemy".

It also includes non-combatant crew members, war correspondents and even "inhabitants of a non-occupied territory who, on the approach of the enemy, spontaneously take up arms to resist the invading forces."

What rights do POWs have?

The Geneva Conventions set out requirements to ensure that POWs are treated humanely. They include issues such as where they can be held; the relief they should receive, including medical help for wounded ex-fighters; and legal proceedings they might face.

"In this case, the Russian Federation has an entire list of obligations: To treat them humanely, to let the ICRC [have] access to them, to inform the ICRC of their names, to allow them to write to their families, to care for them if they are wounded and sick, to feed them and so on," said Marco Sassoli, a professor of international law at the University of Geneva.

"But obviously, the detaining power may deprive them of their liberty until the end of the international armed conflict and may hold them — unlike civilians — on their own territories. So they may be brought to Russia," he said.

Can they be put on trial?

Only under certain conditions, notably if an individual fighter is accused of committing one or more war crimes. Such an accusation must be based on published evidence, Sassoli said.

"They can certainly not be punished for having participated in the hostilities, because that's the privilege of combatants and of prisoners of war," he said. 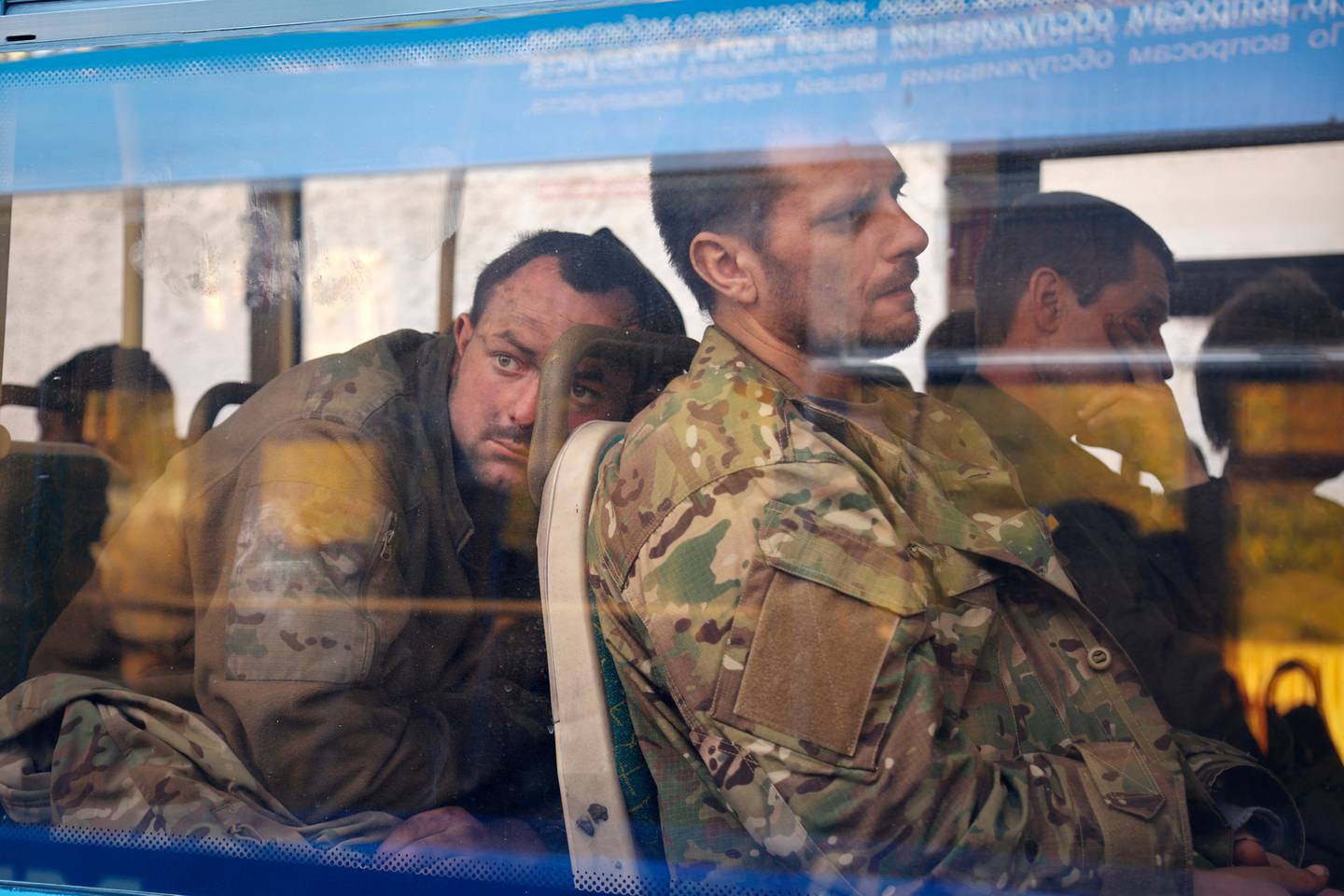 Ukrainian servicemen sit in a bus after they were evacuated from the besieged Azovstal steel plant in Mariupol, Ukraine. Photo / AP

Could POWS become part of a prisoner exchange?

The Geneva Conventions do not set rules for prisoner exchanges. In the past, Red Cross intermediaries have helped carry out agreed-upon POW exchanges.

Still, much has been made of the insistence by some Russian officials that detained Ukrainian ex-fighters should face trial and should not be included in any prisoner exchanges.

Could Russia claim the POWs aren't entitled to POW status?

Some countries have tried to sidestep their Geneva Conventions obligations — or simply argue that they're not bound by them.

A prominent case was when the United States detained hundreds of fighters allegedly linked to terrorist groups like al-Qaida. They were detained as "enemy combatants" at a US naval base at Guantanamo Bay, Cuba, after the September 11 attacks and the subsequent US-led military operation to topple the Taliban leadership in Afghanistan.

Sassoli said there are "all kinds of reasons" why an individual might lose their prisoner of war status. For example, if the fighter "didn't distinguish themselves from the civilian population" during combat.

"But here, to the best of my knowledge, no one claims that these people (detainees from the Azov Regiment in Mariupol) didn't wear a uniform, or if they don't belong to the Ukrainian armed forces," Sassoli said. "It's basically Ukraine who decides who belongs to their armed forces."

Ukrainian leaders have repeatedly touted the regiment's role in the armed forces and have celebrated what they call its members' heroism for holding out so long against far-larger Russian forces. 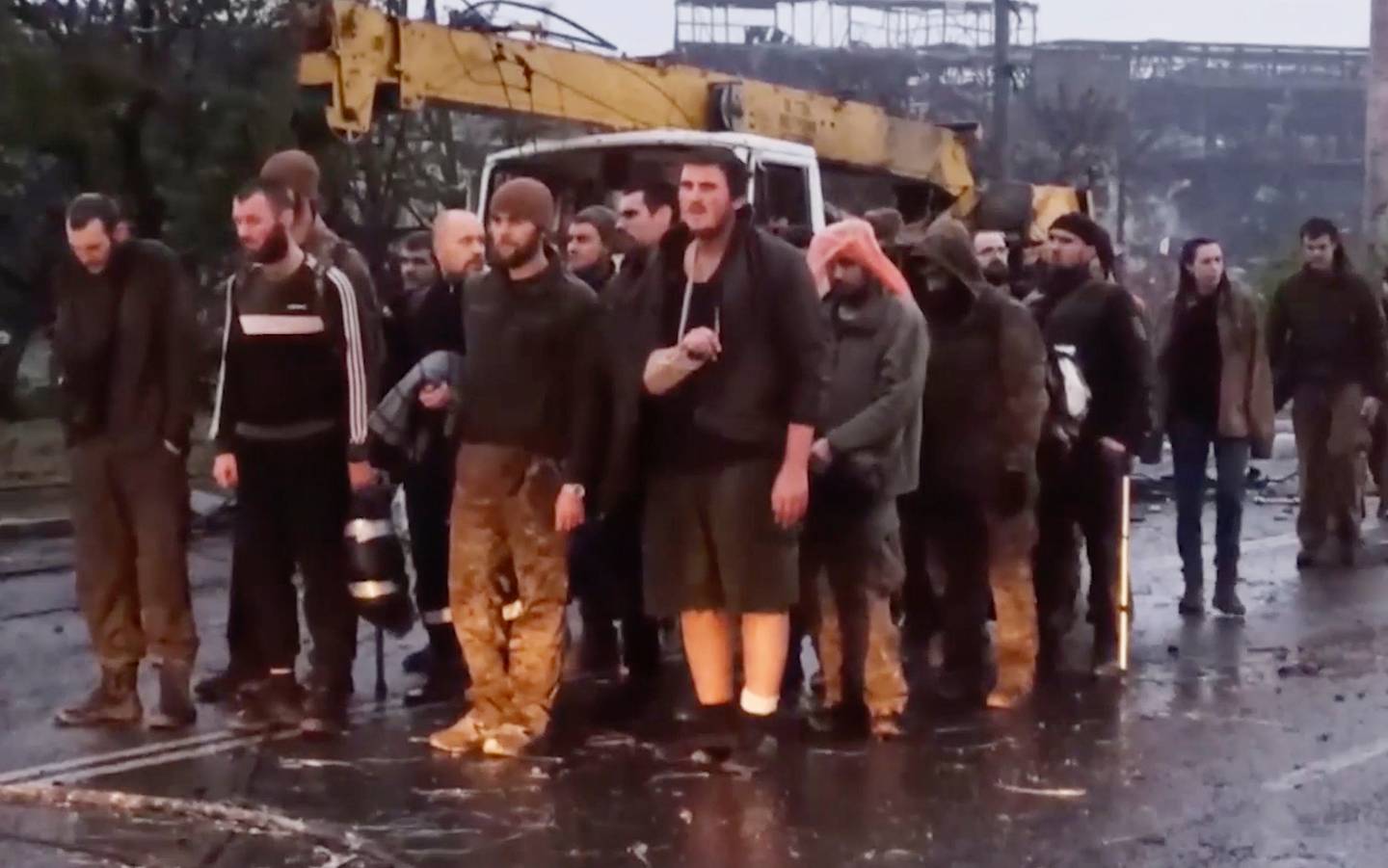 The Azov regiment is part of the national guard - does that matter?

Ukraine and Russia have both accepted an important annex to the Geneva Conventions that broadens the definition of what fighters — militia or otherwise — might be considered as part of the national military force, based in part on whether they follow military commands.

As for the Azov Regiment fighters, "there's no doubt" they are part of Ukraine's military force, said Sassoli, who was on a three-person team commissioned by the Organisation for Security Cooperation in Europe that travelled to Ukraine in March.

However, Russia hasn't been fully clear about who is detaining the former Azovstal fighters — Russia itself, or the breakaway pro-Russian areas in Ukraine such as the so-called "Donetsk People's Republic" or the "Luhansk People's Republic," which could blur such distinctions.

What's the significance of the Red Cross statement?

Thursday's statement was the first time since Russia invaded on February 24 that the ICRC — which plays an often-confidential role to check on prisoners of war — has said anything officially about POWs in the conflict.

"Normally, the ICRC will not tell you how these people are treated, but the ICRC will say whom they visited," said Sassoli. "But the ICRC — to the best of my knowledge, until this media release — did not clarify how many people it had access to, on both sides."

Beyond its communication about the Azovstal fighters, the ICRC has not said whether it has registered other POWs or carried out any visits with POWs on either side of the war.