Scores of Ukrainians were feared dead after a Russian bomb flattened a school where about 90 people were taking shelter in the basement, while Ukrainian fighters held out inside Mariupol's steel plant as Moscow's forces apparently raced to capture the city ahead of Russia's Victory Day holiday.

Emergency crews found two bodies and rescued 30 people at the school in the village of Bilohorivka after Saturday's bombing, according to the governor of Luhansk province, part of the eastern industrial heartland known as the Donbas.

"Most likely, all 60 people who remain under the rubble are now dead," Gov. Serhiy Haidai wrote on the Telegram messaging app. Russian shelling also killed two boys, ages 11 and 14, in the nearby town of Pryvillia, he said. 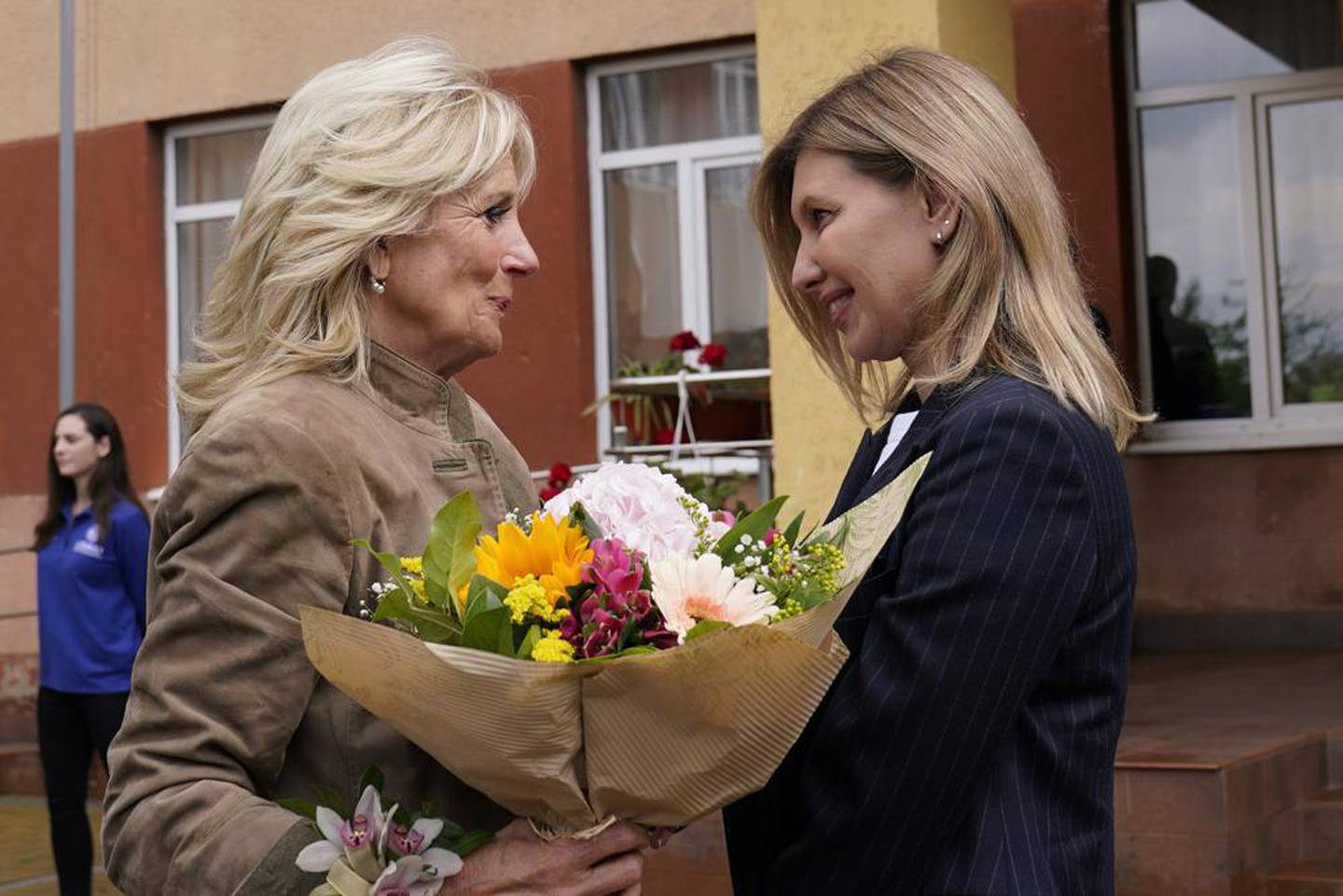 As Moscow prepared to celebrate the 1945 surrender of Nazi Germany with a Victory Day military parade on Monday, a lineup of Western leaders made surprise visits to Ukraine in a show of support.

US first lady Jill Biden met with her Ukrainian counterpart, and Canadian Prime Minister Justin Trudeau raised his country's flag at its embassy in Kyiv.

The newly appointed acting US ambassador to Ukraine, Kristina Kvien, posted a picture of herself at the American Embassy, trumpeting plans for the eventual US return to the Ukrainian capital after Moscow's forces abandoned their effort to storm Kyiv weeks ago and began focusing on the capture of the Donbas.

U.S. officials arrive at the embassy in Kyiv for the first time since they were evacuated in February. pic.twitter.com/O53xy6T2UY

Ukrainian President Volodymyr Zelenskyy and others warned in recent days that Russian attacks would only worsen in the lead-up to Victory Day, and some cities declared curfews or cautioned people against gathering in public. Russian President Vladimir Putin is believed to want to proclaim some kind of triumph in Ukraine when he addresses the troops on Red Square.

"They have nothing to celebrate tomorrow," Linda Thomas-Greenfield, US ambassador to the United Nations, told CNN.

Russian forces struggled to complete their takeover of Mariupol, which has been largely reduced to rubble. The sprawling seaside steel mill where an estimated 2000 Ukrainian fighters were making what appeared to be their last stand was the only part of the city not under Russian control.

The last of the women, children and older civilians who were taking shelter with the fighters in the Azovstal plant were evacuated Saturday. The Ukrainian troops rejected deadlines set by the Russians for laying down their arms. 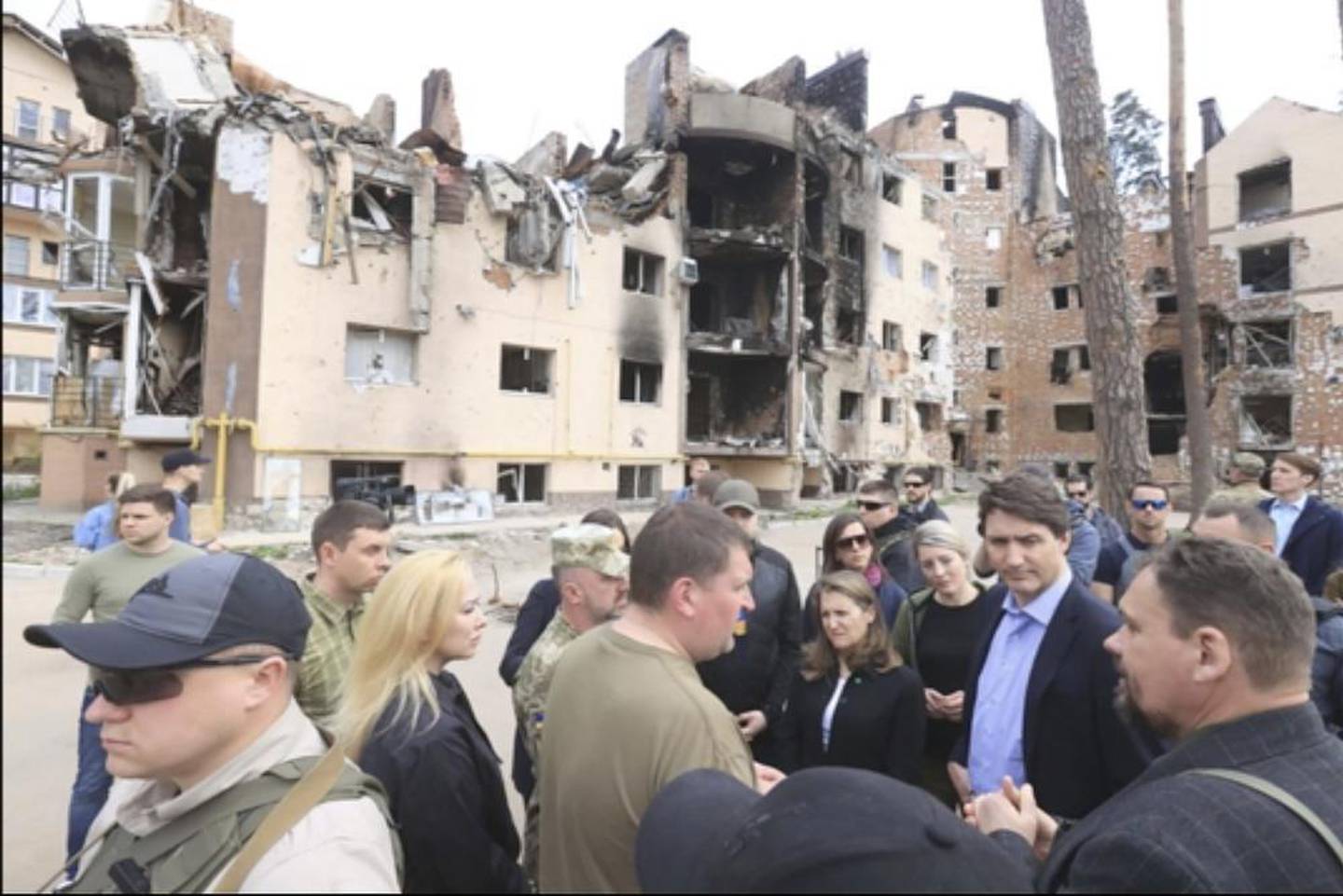 "We are under constant shelling," he said online, adding that Russian ground troops tried to storm the plant — a claim Russian officials denied in recent days — and lay mines. Palamar reported a "multitude of casualties".

Lt. Illya Samoilenko, another member of the Azov Regiment, said there were a couple of hundred wounded soldiers at the plant but declined to reveal how many able-bodied fighters remained. He said fighters didn't have lifesaving equipment and had to dig by hand to free people from bunkers that had collapsed under the shelling.

"Surrender for us is unacceptable because we cannot grant such a gift to the enemy," Samoilenko said.

The Ukrainian government has reached out to international organisations to try to secure safe passage for the defenders.

The US announced new sanctions against Russia, cutting off Western advertising from Russia's three biggest TV stations, banning US accounting and consulting firms from providing services, and cutting off Russia's industrial sector from wood products, industrial engines, boilers and bulldozers.

Trudeau met with Zelenskyy and made a surprise visit to Irpin, which was damaged in Russia's attempt to take Kyiv. The Ukrainian president also met with the German parliament speaker, Bärbel Bas, in Kyiv to discuss further defense assistance.

Zelenskyy released a video address marking the day of the Allied victory in Europe 77 years ago, drawing parallels between Russia's invasion of Ukraine and the evils of Nazism.

The black-and-white footage showed Zelenskyy standing in front of a ruined apartment block in Borodyanka, a Kyiv suburb.

Zelenskyy said that generations of Ukrainians understood the significance of the words "Never again," a phrase often used as a vow not to allow a repeat of the horrors of the Holocaust.

#Zelenskyy addressing #Ukrainians today in Borodyanka: "In #Ukraine they [Russians] have staged a crooked reconstruction of Nazism. The manic reproduction of its monstrosities and "alibis", which are supposed to arm evil w/ a “sacred”goal […] Full video: https://t.co/BePwWpMUzU pic.twitter.com/UXwruSK9O4

Elsewhere, on Ukraine's coast, explosions echoed again across the major Black Sea port of Odesa. At least five blasts were heard, according to local media.

The Ukrainian military said Moscow was focusing its main efforts on destroying airfield infrastructure in eastern and southern Ukraine.

In a sign of the dogged resistance that has sustained the fighting into its 11th week, Ukraine's military struck Russian positions on a Black Sea island that was captured in the war's first days. A satellite image by Planet Labs showed smoke rising from two sites on the island. 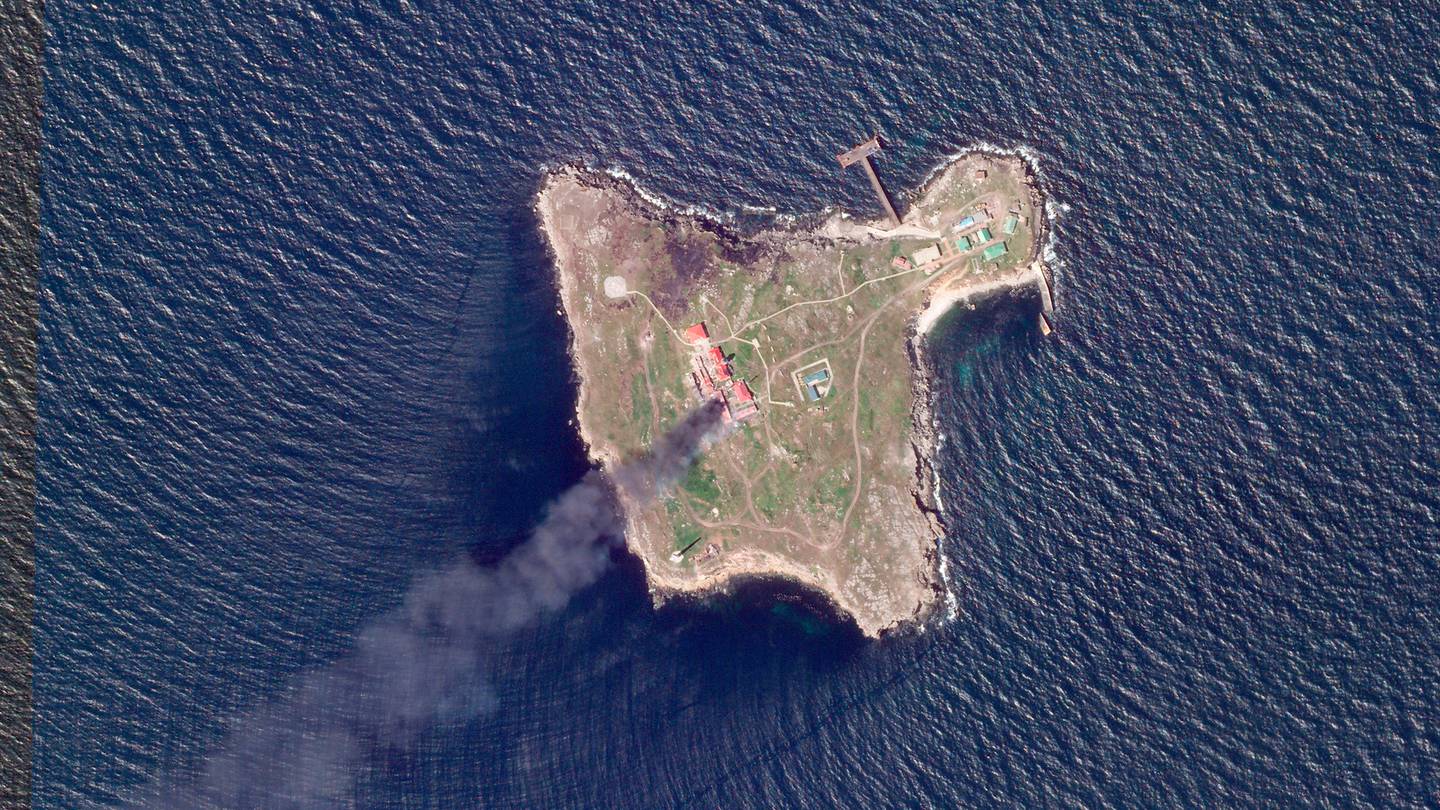 But Moscow's forces showed no sign of backing down in the south. Satellite photos show Russia has put armored vehicles and missile systems at a small base in the Crimean Peninsula.

The most intense combat in recent days has taken place in eastern Ukraine. A Ukrainian counteroffensive in the northeast near Kharkiv, the country's second-largest city, is making "significant progress," according to the Institute for the Study of War, a Washington think tank.

However, the Ukrainian army withdrew from the embattled eastern city of Popasna, regional authorities said.

Rodion Miroshnik, a representative of the pro-Kremlin, separatist Luhansk People's Republic, said its forces and Russian troops had captured most of Popasna after two months of fierce fighting.

The Kharkiv regional administration said three people were killed in shelling of the town of Bogodukhiv, about 50km from Kharkiv city.

South of Kharkiv, in Dnipropetrovsk province, the governor said a 12-year-old boy was killed by a cluster munition that he found after a Russian attack. An international treaty bans the use of such explosives, but neither Russia nor Ukraine has signed the agreement.

"This war is treacherous," the governor, Valentyn Reznichenko, wrote on social media. "It is near, even when it is invisible."