A Russian soldier has reportedly driven over his own colonel with a tank after growing angry about the bungled war in Ukraine.

Anger among Russian soldiers is growing, with two other service members caught venting about strongman Vladimir Putin's "bulls**t " invasion of Ukraine amid reports of heavy losses.

The calls were intercepted and translated before being shared over social media.

The Russian soldier, who ran over his superior, was behind the wheel of the tank and "blamed the commander of the group, Col. Yury Medvedev, for the deaths of his friends," Ukrainian journalist Roman Tsimbalyuk said on Facebook. 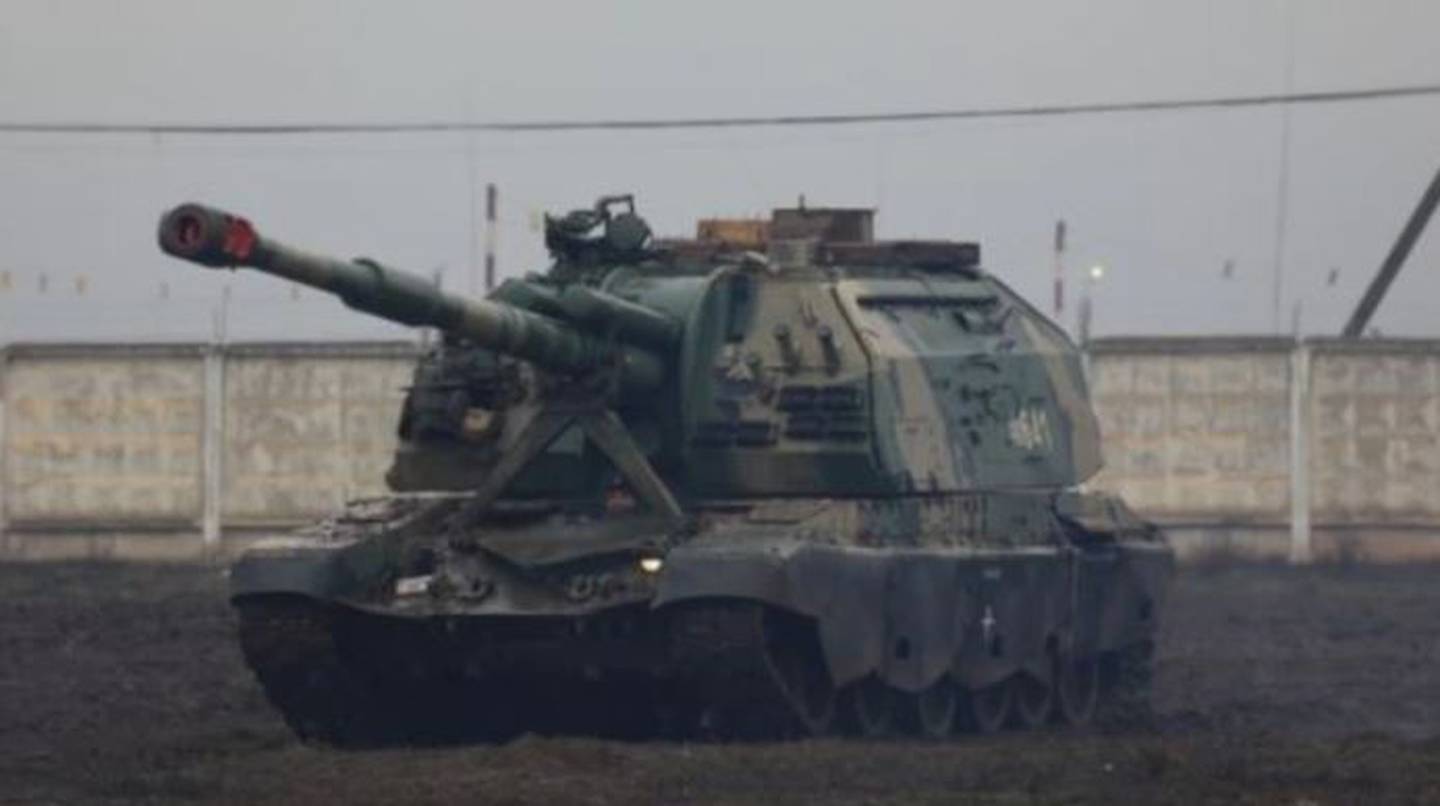 A Russian soldier reportedly drove over his colonel with a tank. Photo / Supplied

"Having waited for the right moment, during battle, he ran over the commander with a tank as he stood next to him, injuring both his legs," he wrote.

"Now Col. Medvedev is in a hospital in Belarus, waiting for monetary compensation for combat wounds received during the 'special military operation to protect the Donbass.' Colonel Medvedev was awarded the Order of Courage," he wrote.

Although there was no independent corroboration of the claim, footage released by Chechen leader and close Putin ally Ramzan Kadyrov showed Medvedev being transported to a hospital, the New York Post reports. Wounded Russian Col. Yury Medvedev is carried off after the incident. Photo / Twitter

In the call intercepted and broadcast on social media, one soldier was heard saying "it is a s**t show here", claiming it to be disorganised, worse than the Chechnyan war and also said Russian planes had dropped bombs on their own soldiers.

The soldier described how Ukrainian troops "tore apart" a column of Russian forces and says 50 per cent of his unit suffered from frostbite to the feet.

"But they don't plan to treat them in the [field] hospital," he said.

Intercepted call between #Russian soldiers in #Ukraine: "It’s a sh*tshow … They couldn’t even send off the 200s here. They rode with us for 5 days.

Even in Chechnya, there was nothing like this, this is a madhouse."https://t.co/fOOWNEuihr pic.twitter.com/CTn2pltVVZ

The service member also said their commander, Lieutenant General Yakov Rezantsev, told them on the fourth day of their deployment that the war would be over quickly.

"Do you know what he told us? 'It's no secret to anyone that there are only a few hours until this special operation is over.' And now those hours are still going," the soldier said. 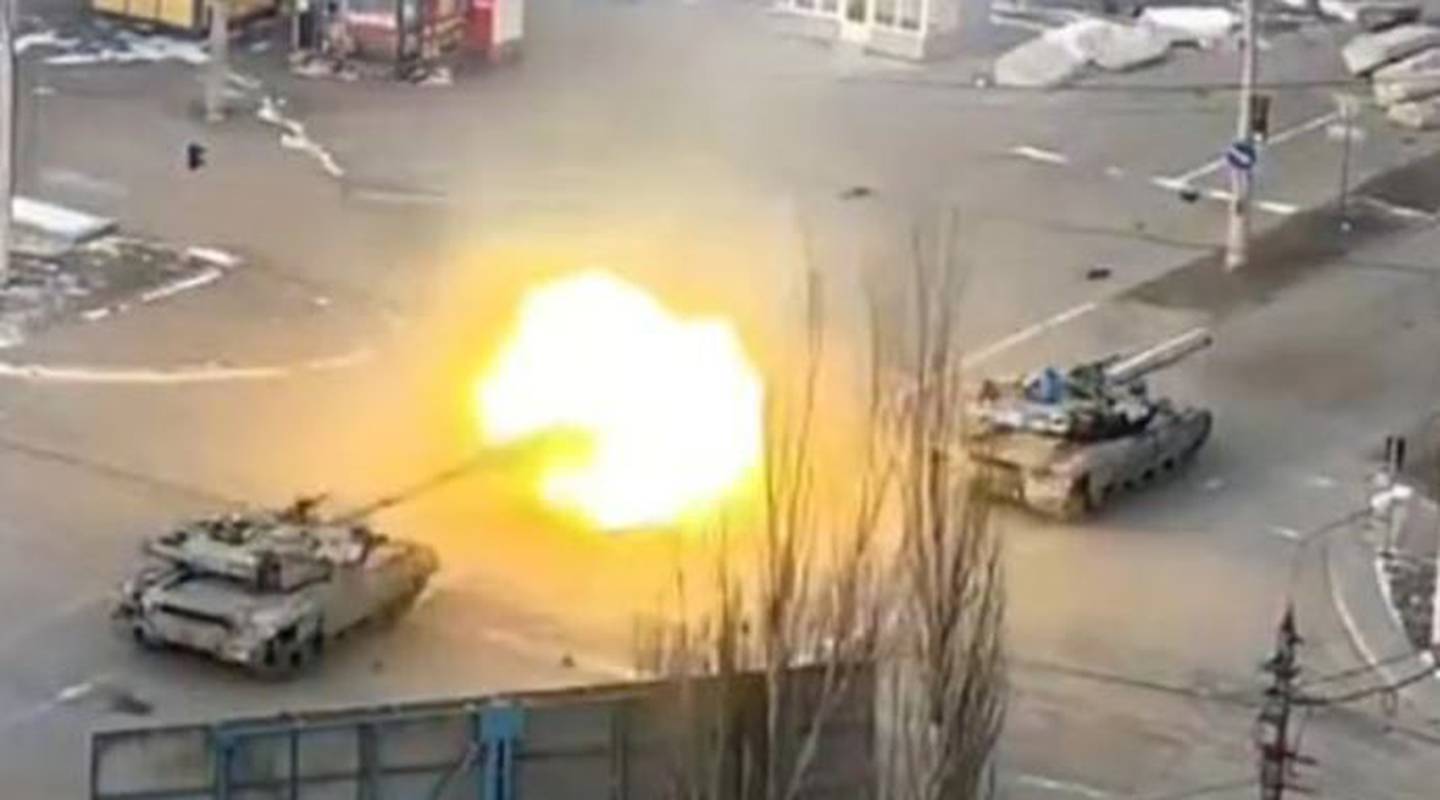 A video appears to show Ukrainian tanks firing at Russian forces on the streets of the besieged port city Mariupol. Photo / Supplied

In the phone call, soldiers also said that their complaints that their armoured vests lacked hardened panels were ignored.

They also complained their boss had abandoned them for days.

"'Comrade General, damn it, I have this situation,'" he recalled soldiers telling the general. "And he just says, 'Son, be strong,' and then he f**k off. It's such trash here … our own plane dropped a bomb on us."

He added that "even in Chechnya, there was nothing like this … this 'special operation,' damn it … with respect to homes not meant to be destroyed … it's bulls**t,"

On Wednesday, Nato estimated that 7000 to 15,000 Russian soldiers have been killed in four weeks of war in Ukraine, where fierce resistance from the country's defenders has denied Moscow the lightning victory it sought.

By way of comparison, Russia lost about 15,000 troops over 10 years in Afghanistan.

"They couldn't even send off the 200s here," he reportedly said, using a Russian military term for dead bodies. "They rode with us for five days."