Foreign fighters who crossed into Ukraine to join the war against Russia are facing a sickening execution at the hands of separatist authorities who want to send a message to their families.

British citizens Aiden Aslin and Shaun Pinner, as well as Moroccan man Brahim Saadun, were sentenced to death by a pro-Moscow court in the Donetsk People's Republic earlier this month after surrendering in the besieged port city of Mariupol in April.

The court, which is not recognised internationally, sentenced the trio for acting as mercenaries and attempting to overthrow the government. 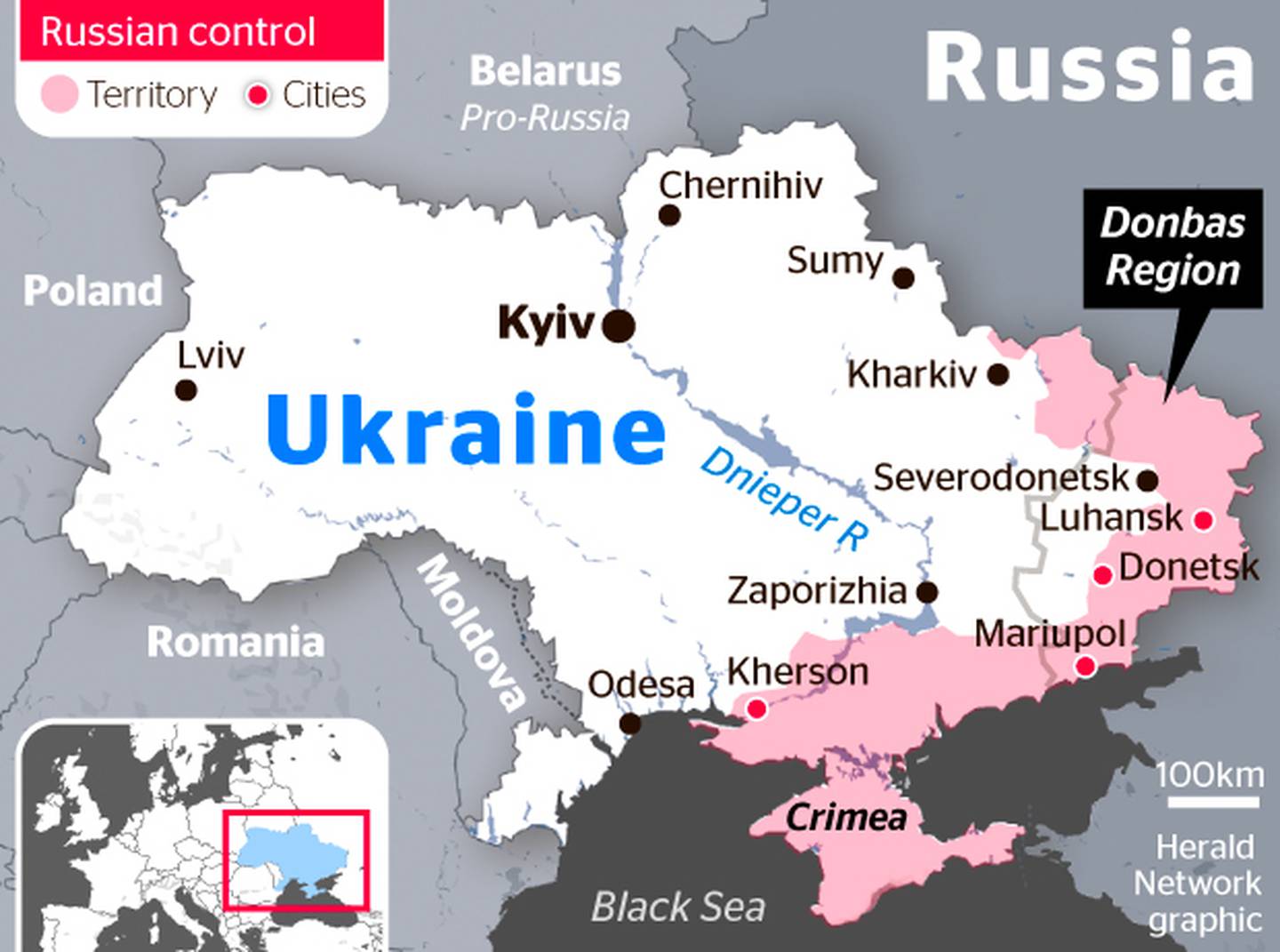 The ruling sparked outrage abroad where the European Court of Human Rights urged Russia to prevent the execution from going ahead.

But in a rant on Russian state TV, Nationalist MP Aleksey Zhuravlyov called the three men "b**tards" and promised that they would be executed "with a British weapon and a British bullet".

"I like the way the DPR is performing their international obligations," he said.

"As I was told, the shooting will be performed with a British weapon and a British bullet.

"And then this bullet will be sent to the British relatives who will be made to pay for it in rubles."

Meanwhile on Russian state TV: lawmaker Aleksey Zhuravlyov is arguing that Russia might use tactical nuclear weapons in Ukraine and get away with it. pic.twitter.com/jBb7EWy7GQ

The European Court of Human Rights told Russia on Thursday that they "should ensure that the death penalty imposed on the [foreign mercenaries] was not carried out".

Its emergency ruling was provided on an exceptional basis because the applicants would otherwise "face a real risk of irreversible harm", the court emphasised.

On Friday, Russia said that close to 2000 foreign mercenaries have been killed in Ukraine since the start of Russian President Vladimir Putin's invasion.

Russia's defence ministry said in a statement that 6956 "mercenaries and weapons specialists" from 64 countries had arrived in Ukraine since the start of the conflict and that "1956 have already been destroyed".

Another 1779 have left Ukraine, the statement said.

It said that Poland was the "absolute leader" among European countries for the number of fighters that were sent to Ukraine, followed by Romania and Britain.

It also singled out "mercenaries" from Canada, the US and Georgia.

The ministry said the number of foreign fighters is decreasing and many are leaving Ukraine "against the backdrop of the growing number of military failures of the Kyiv regime and massive daily losses in manpower and equipment".

Pictures of the three men sentenced to death by the pro-Russian court show them with their heads shaved behind white bars.

Aslin's grandmother told the BBC she is not giving up hope after the sentence was handed down. British soldier Aiden Aslin has been sentenced to death in Ukraine. Picture / Twitter

Pamela Hall acknowledged that the situation was "heartbreaking".

"Time is running out," she said.

"I have to have optimism. I believe it will be sorted in due course, and that there will be peace in Ukraine."