Russian rockets struck the western Ukrainian city of Lviv on Saturday while President Joe Biden visited neighbouring Poland, a reminder that Moscow is willing to strike anywhere in Ukraine despite its claim to be focusing its offensive on the country's east.

The back-to-back airstrikes shook the city that has become a haven for an estimated 200,000 people who have had to flee their hometowns. Lviv had been largely spared since the invasion began, although missiles struck an aircraft repair facility near the main airport a week ago.

Among the many who sought refuge in Lviv is Olana Ukrainets, a 34-year-old IT worker from the north-eastern city of Kharkiv.

"When I came to Lviv, I was sure that all these alarms wouldn't have any results," Ukrainets told The Associated Press from a bomb shelter after the blasts. "Sometimes when I heard them at night, I just stayed in bed. Today, I changed my mind and I should hide every time. … None of the Ukrainian cities are safe now."

The city was home to about 700,000 people before the invasion. Some who no longer feel safe here will head for nearby Poland. Biden met there Saturday with refugees in a show of solidarity, though he was in the capital, Warsaw, and far from the Ukrainian border, which is only about 72 kilometres west of Lviv.

Lviv also has become a humanitarian staging ground for Ukraine, and the attacks could further complicate the already challenging process of sending aid to the rest of the country. 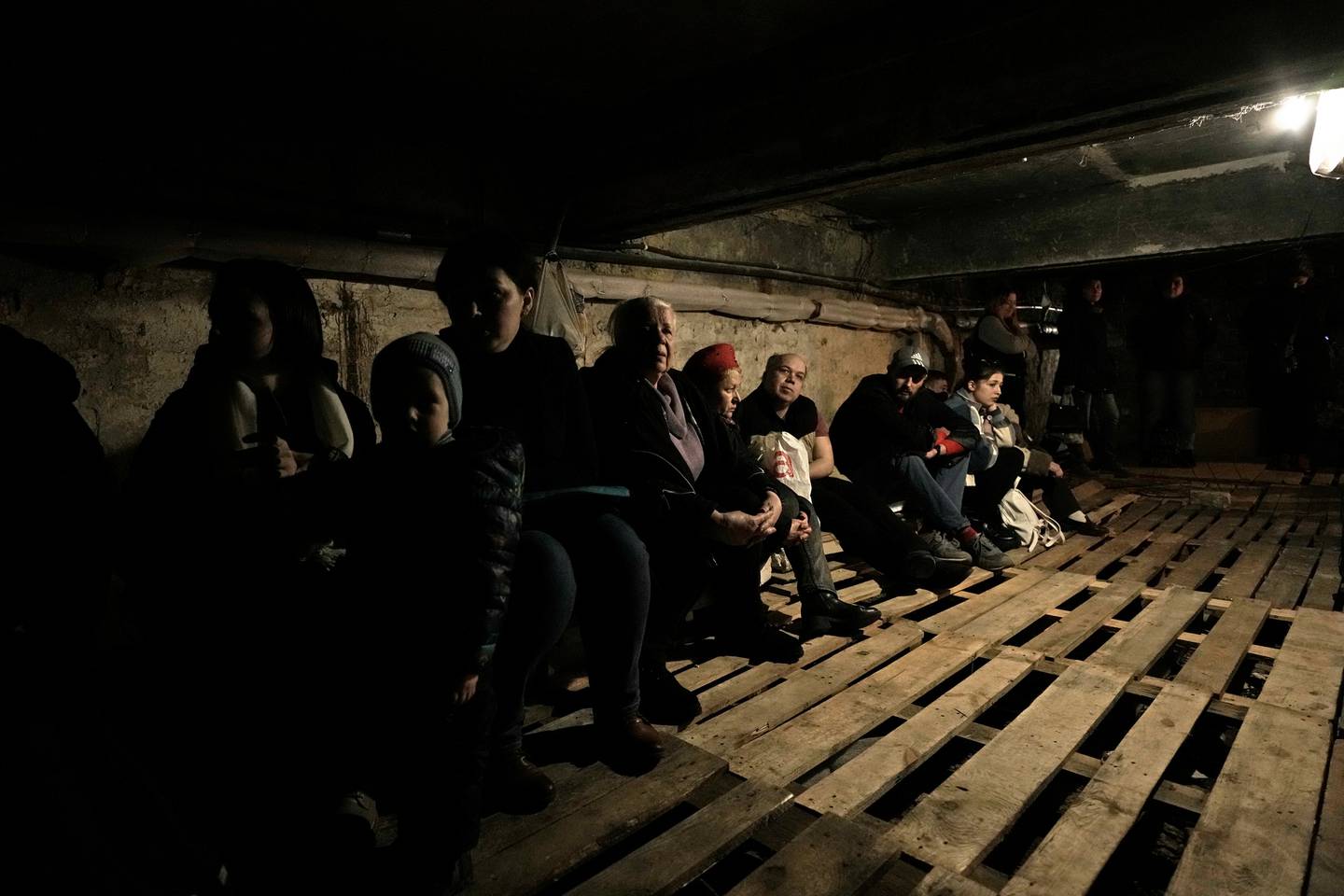 The first strike involved two Russian rockets that hit an industrial area in the north-eastern outskirts of Lviv and apparently injured five people, the regional governor, Maxym Kozytsky, said on Facebook. A thick, black plume of smoke billowed from the site for hours.

A second rocket attack occurred just outside the city hours later and caused three explosions, Kozytsky told a press briefing as another round of air-raid sirens wailed. He said an oil facility and factory connected to the military, both in areas where people live, were struck Saturday, though he didn't give more details.

In the dim, crowded bomb shelter under an apartment block a short way from the first blast site, Ukrainets said she couldn't believe she had to hide again after fleeing from Kharkiv, one of the most bombarded cities of the war.

"We were on one side of the street and saw it on the other side," she said. "We saw fire. I said to my friend, 'What's this?' Then we heard the sound of an explosion and glass breaking. We tried to hide between buildings. I don't know what the target was." 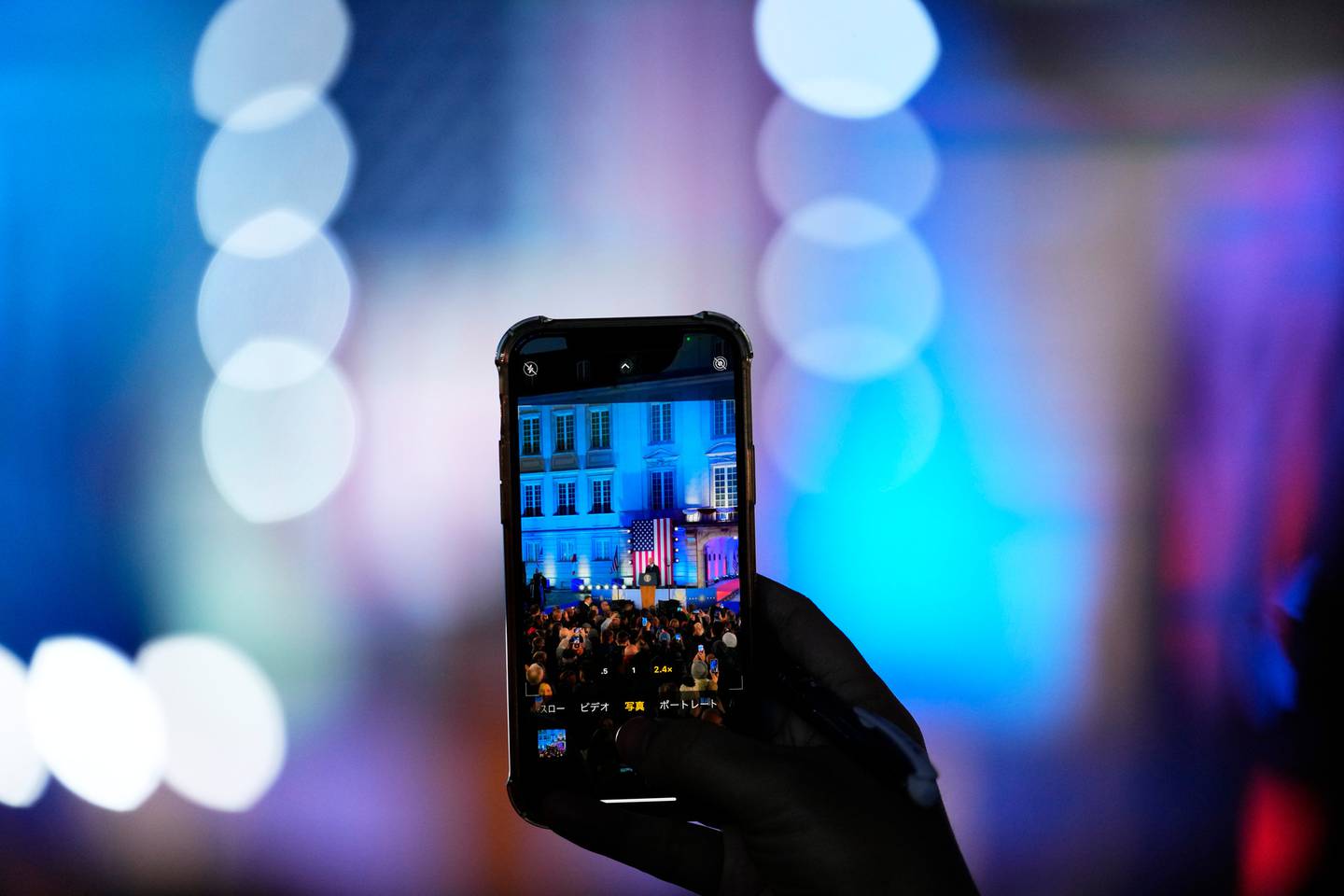 A person takes a picture of US President Joe Biden delivering a speech at the Royal Castle in Warsaw, Poland yesterday while Russia bombed Lviv in Ukraine, close to the Polish border. Photo / AP

The day's events were enough to make some people in Lviv prepare to move again, said Michael Bociurkiw, a senior fellow with the Atlantic Council who is in the city. "I saw some Kyiv cars being packed up," he said. It was a significant turn in a week where the city had begun "roaring back" to life after weeks of war, he said.

He believes the city could remain a target, noting that Lviv was the birthplace of Ukrainian nationalism. "It's getting closer," he said of the war.

Some witnesses were in shock.

"It was really close," said Inga Kapitula, a 24-year-old IT worker who said she was 100 or 200 metres away from the first attack and felt the blast wave. "When it happens, your body's in stress and you're super calm and organised."