During Monday's Victory Day – a symbolic day on the Russian calendar, marking the defeat of the Nazis in 1945 – Putin was photographed huddled close to Dmitry Kovalev, a 36-year-old rising star within the Presidential Administration.

The pair were also filmed strolling together at the Victory Day parade, apparently deep in conversation, while Putin's security team cleared away other officials from their path.

While a single conversation may not seem like much, some Russia watchers believe the public display was a telling sign Kovalev may have been hand-picked by Putin as his replacement, given how notoriously the 69-year-old guards his space and privacy, and how loaded with symbolism his public appearances usually are.

Putin's odd habit of distancing himself from others made headlines in February this year, when he met with French President Emmanuel Macron – and was pictured seated metres away from him at the opposite end of a comically large table.

The bizarre scene was then repeated during a meeting with UN Secretary-General Antonio Guterres last month.

One person who is convinced there may be more to the conversation between the two men than meets the eye is Ukrainian race car driver Igor Sushko, who shared the video on social media, attracting tens of thousands of views and endless commentary.

"The young man with whom Putin had a long and frank conversation on Red Square is the head of the presidential administration department, Dmitry Kovalev … Rumours immediately began to swirl that he could be Putin's hand-picked successor," he wrote. The frenzied speculation comes amid persistent rumours that Mr Putin may actually be seriously ill, with many claiming he likely suffers from a condition such as cancer or Parkinson's, based on changes to his appearance and his newly fidgety behaviour in public.

Fresh questions were also raised about Putin's health last month when he was seen tightly gripping a desk during his meeting with Defence Minister Sergei Shoigu.

And another moment during the Victory Parade added fuel to the health rumours, with Putin at one point seen watching the event while seated with a thick blanket draped over him – a far cry from the strongman image he usually tries to project.

While the Kremlin has denied that the President is unwell, Russian outlet The Project recently claimed Putin had been diagnosed with thyroid cancer, had been seen by an oncologist 35 times in recent years and had also been exploring unorthodox treatments.

However, Kovalev is far from the only possible Putin replacement.

One name which has consistently popped up is Nikolai Patrushev, the head of the Russian federal police's Security Council.

The 70-year-old has built up a reputation for brutality, with the Telegram channel "General SVR" recently reporting that he would be the "worst option" to replace Putin.

"Patrushev is an outright villain. He is no better than Vladimir Putin," the narrator claimed.

"Moreover, he is a more cunning, and I would say, more insidious person than Vladimir Putin. "If he comes to power, Russians' problems will only multiply." 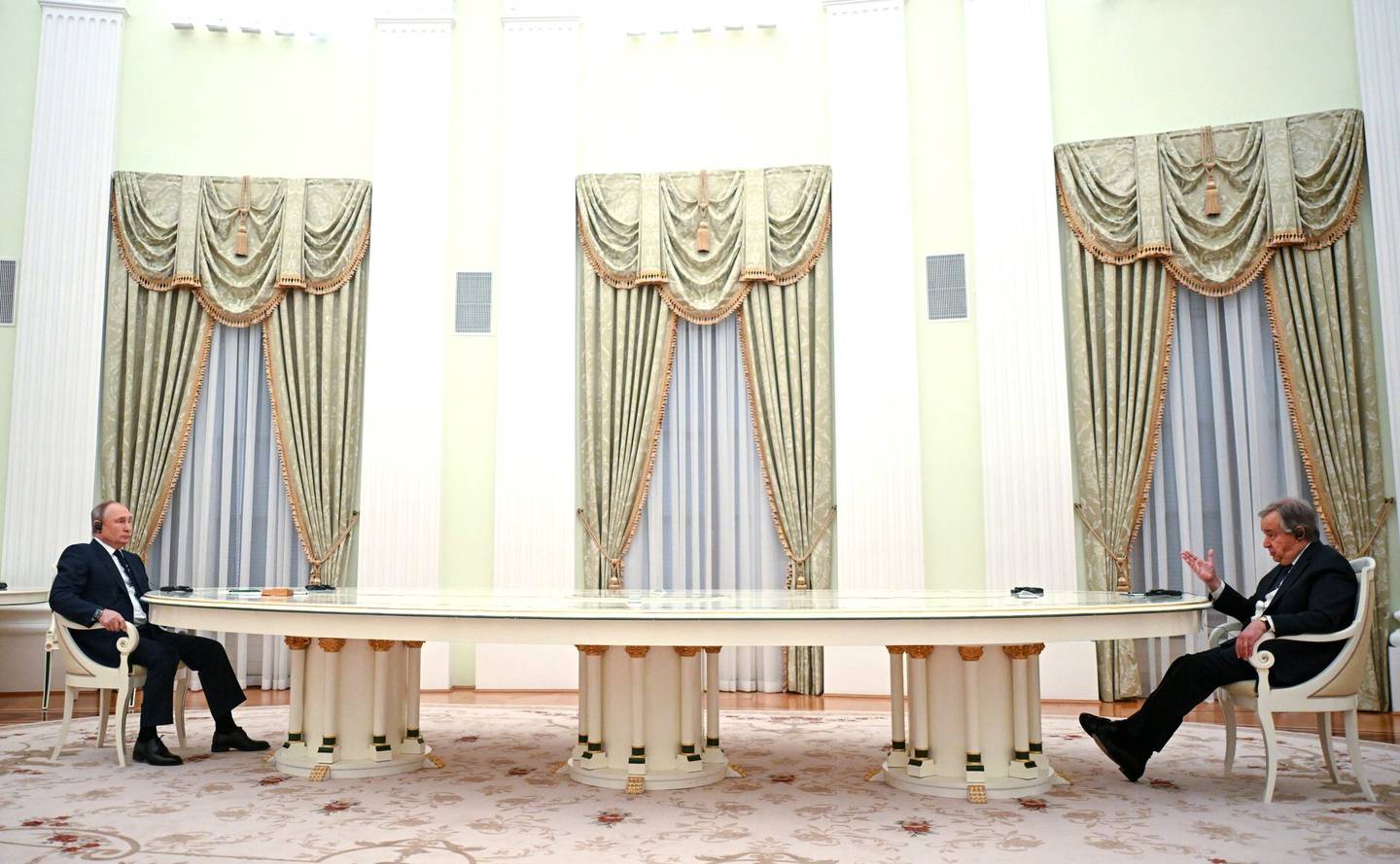 Putin famously keeps his distance from others, as seen here during a meeting with UN Secretary-General Antonio Guterres. Photo / Getty Images

Another potential contender is the director of Russia's Federal Security Service (FSB), Alexander Bortnikov, who is a member of Putin's inner circle.

In March, he was named by the Defence Intelligence of Ukraine (DIU) as a potential option, having held his current position since 2008.

And yet another possibility is Sergei Naryshkin, the director of the Foreign Intelligence Service.

Like Bortnikov and Patrushev, Naryshkin is a key member of the Russian "siloviki" – the term given to former military personnel who are now in political positions – with the group emerging as a growing threat to Putin's rule. Putin was seen huddling under a thick blanket during the Victory Day parade in Moscow, a far cry from the usual image of strength and vitality he tries to present. Photo / Supplied

As Russia's failures in Ukraine mount, there have been increasing reports that Putin may not leave the top job voluntarily, but could instead be ousted by powerful forces – or even killed.

"Their goal is to remove Putin from power as soon as possible and restore economic ties with the West, destroyed due to the war in Ukraine," the agency wrote on its official Facebook page earlier this year," Muraviev said.