Heavy fighting raged Thursday (local time) at the shattered steel plant in Mariupol as Russian forces sought to finish off the city's last-ditch defenders and complete the capture of the strategically vital Ukrainian port.

The bloody battle came amid growing suspicions that President Vladimir Putin wants to present the Russian people with a major battlefield success — or announce an escalation of the war — in time for Victory Day on Monday. That is the biggest patriotic holiday on the Russian calendar, marking the Soviet Union's triumph over Nazi Germany.

Some 2,000 Ukrainian fighters, by Russia's most recent estimate, were holed up in the tunnels and bunkers under the sprawling Azovstal steelworks in Mariupol, the last pocket of resistance in a city largely reduced to rubble over the past two months. A few hundred civilians were also believed trapped there. 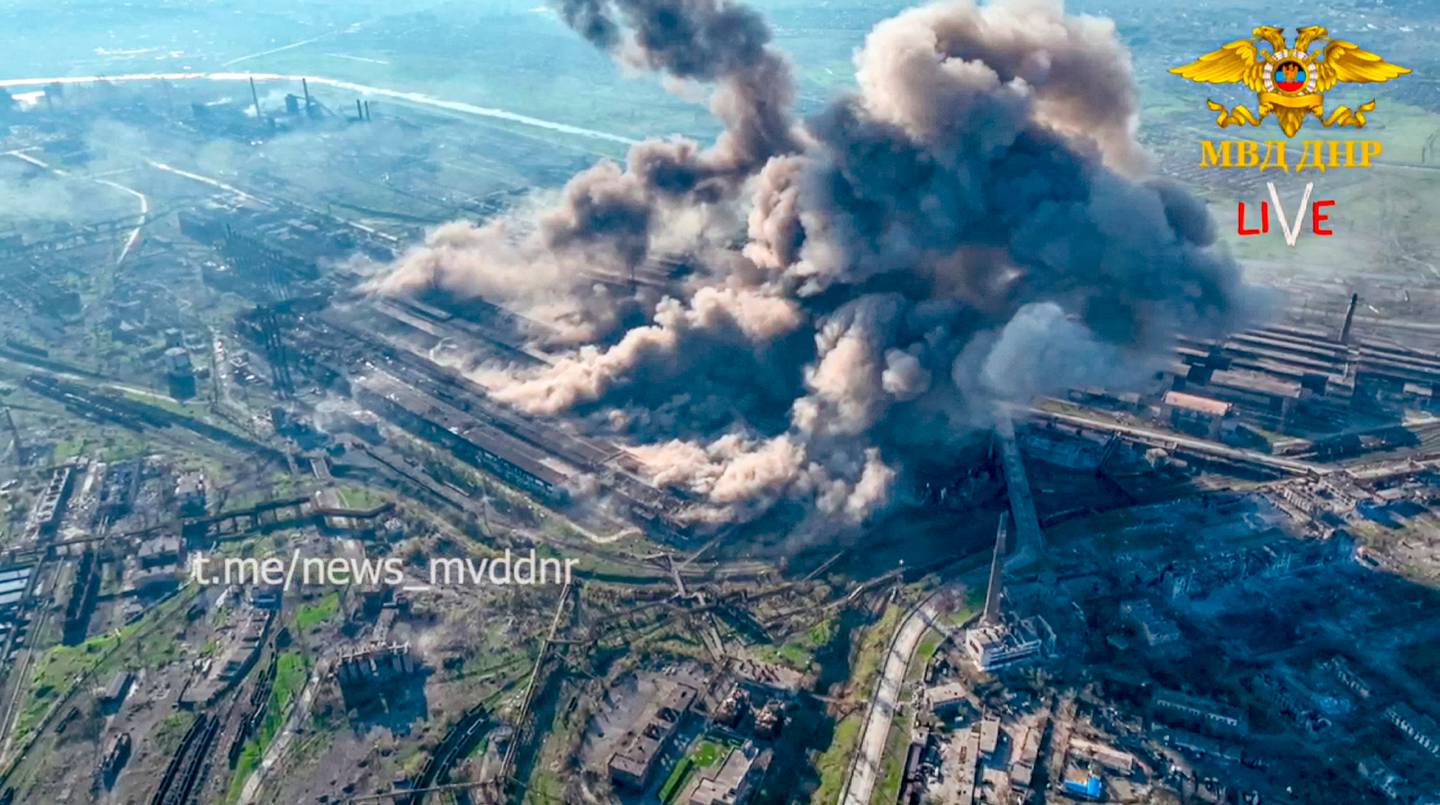 Captain Sviatoslav Palamar, who as deputy commander of Ukraine's Azov Regiment led defenders inside the mill, told Ukrainian Channel 24 that Russian troops were inside the plant for a third day and meeting fierce resistance.

The Russians managed to get inside with the help of an electrician who knew the layout, said Anton Gerashchenko, an adviser to Ukraine's Internal Affairs Ministry.

"He showed them the underground tunnels which are leading to the factory," Gerashchenko said in a video posted late Wednesday. "Yesterday, the Russians started storming these tunnels, using the information they received from the betrayer."

The Kremlin denied its troops were storming the plant.

Mariupol's fall would be a major success for Moscow, depriving Ukraine of a vital port, allowing Russia to establish a land corridor to the Crimean Peninsula, which it seized from Ukraine in 2014, and freeing up troops to fight elsewhere in the Donbas, the eastern industrial region that the Kremlin says is now its chief objective.

Palamar pleaded with the world to pressure Russia into allowing more civilians to be rescued from the steelworks along with wounded troops. About 100 civilians were evacuated over the weekend.

"Wounded soldiers are dying in agony due to the lack of proper treatment," he said via video.

The Kremlin has demanded the fighters surrender. They have refused. Russia has also accused them of preventing the civilians from leaving. 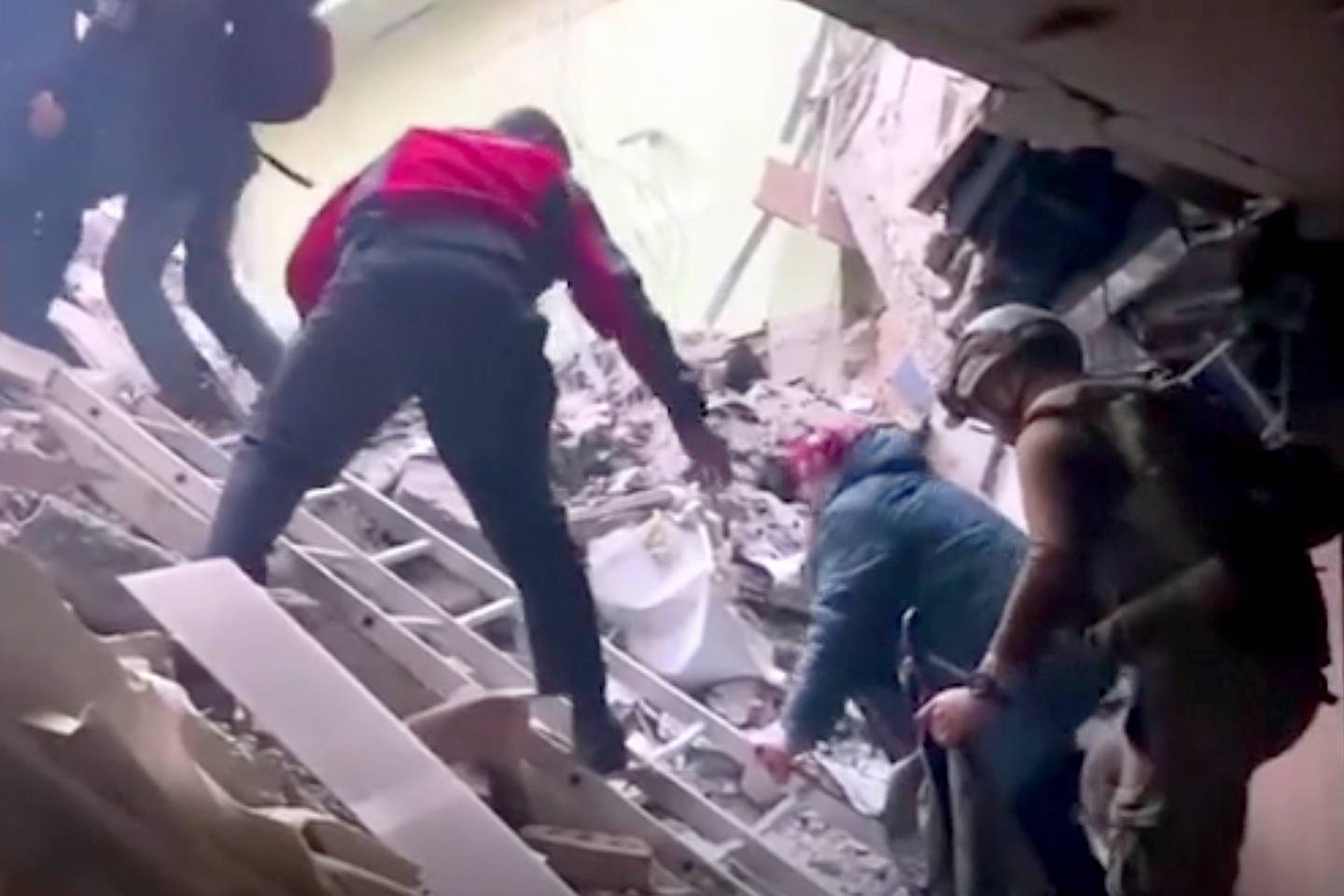 Meanwhile, 10 weeks into the devastating war, Ukraine's military claimed it recaptured some areas in the south and repelled other attacks in the east, further frustrating Putin's ambitions after his abortive attempt to seize Kyiv. Ukrainian and Russian forces are fighting village by village.

The head of Britain's armed forces, Chief of the Defence Staff Admiral Tony Radakin, said Putin is "trying to rush to a tactical victory" before Victory Day. But he said Russian forces are struggling to gain momentum in the Donbas.

Radakin told British broadcaster Talk TV that Russia is using missiles and weapons at such a rate that it is in a "logistics war" to keep supplied. He added: "This is going to be a hard slog."

Fearful of new attacks surrounding Victory Day, the mayor of the western Ukrainian city of Ivano-Frankivsk urged residents to leave for the countryside over the long weekend and warned them not to gather in public places.

And the southeastern city of Zaporizhzhia, a key transit point for evacuees from Mariupol, announced a curfew from Sunday evening through Tuesday morning.

In other developments, Belarus' authoritarian president, Alexander Lukashenko, defended Russia's invasion of Ukraine in an interview with The Associated Press but said he didn't expect the conflict to "drag on this way". 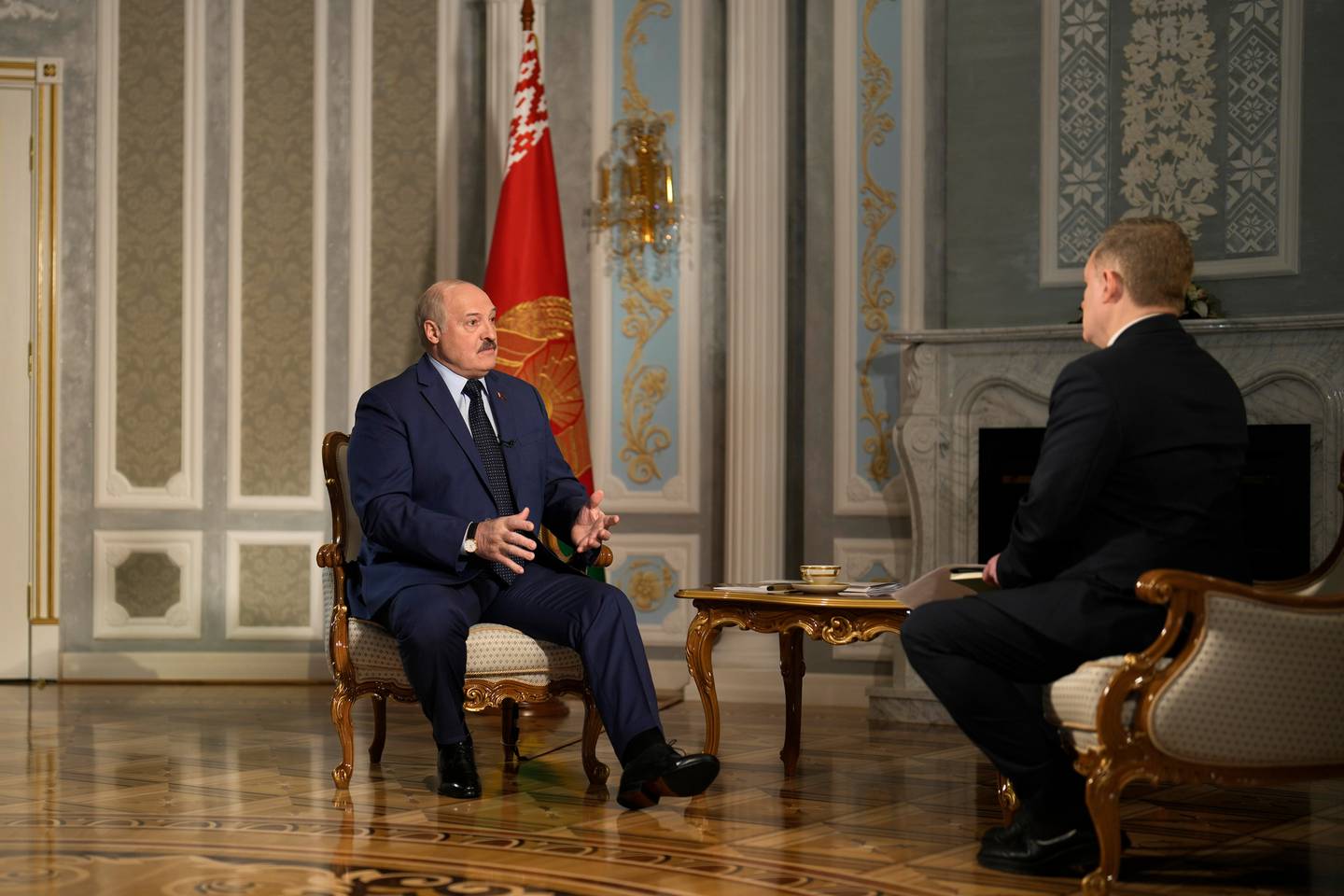 Lukashenko, whose country was used by the Russians as a launchpad for the invasion, said Moscow had to act because Kyiv was "provoking" Russia.

But in the interview, he created some distance between himself and the Kremlin, repeatedly calling for an end to the conflict and referring to it as a "war" — a term Moscow refuses to use. The Kremlin insists on calling it a "special military operation".

Mariupol, which had a prewar population of over 400,000, has come to symbolise the misery inflicted by the war. The siege of the city has trapped perhaps 100,000 civilians with little food, water, medicine or heat.

As the battle raged there, Russian forces shelled elsewhere in the Donbas and kept up their bombardment of railroad stations and other supply-line targets across the country to try to disrupt the supply of Western arms, which have been critical to Ukraine's defense.

Ukrainian forces said they made some gains on the border of the southern regions of Kherson and Mykolaiv and repelled 11 Russian attacks in the Donetsk and Luhansk regions that make up the Donbas.

Five people were killed and at least 25 wounded in shelling of cities in the Donbas over the past 24 hours, Ukrainian officials said. The attacks damaged houses and a school.

The Washington-based Institute for the Study of War said that Ukrainian forces "have largely stalled Russian advances in eastern Ukraine," and intensified Russian airstrikes on transportation infrastructure in the western part of the country have failed to stop Western aid shipments to Ukraine.

With the challenge of mine-clearing and rebuilding after the war in mind, Ukrainian President Volodymyr Zelenskyy announced the launch of a global fundraising platform called United24.

At the same time, Poland hosted an international donor conference that raised US$6.5 billion in humanitarian aid. The gathering was attended by prime ministers and ambassadors from many European countries, as well as representatives of nations farther afield and some businesses.

Belarus announced the start of military exercises Wednesday, stirring fears that the Russian ally might jump into the war. Britain's Defence Ministry said that it does not believe the drills pose any immediate threat to Ukraine but that they could be used to tie down Ukrainian forces in the north and prevent them from joining the battle for the Donbas.