Angela Merkel defended her approach to Ukraine and Russia during her 16 years as Germany's leader, saying Tuesday (local time) that a much-criticised 2015 peace deal for eastern Ukraine bought Kyiv precious time and she won't apologise for her diplomatic efforts.

In her first substantial comments since leaving office six months ago, Merkel said there was "no excuse" for Russia's "brutal" attack on Ukraine and it was "a big mistake on Russia's part".

Merkel, who dealt with Russian President Vladimir Putin throughout her chancellorship, rejected a suggestion that she and others engaged in appeasement that ultimately enabled the invasion.

"I tried to work toward calamity being averted, and diplomacy was not wrong if it doesn't succeed," she said in an on-stage interview at a Berlin theater that was televised live. "I don't see that I should say now that it was wrong, and so I won't apologise."

"It is a matter of great sorrow that it didn't succeed, but I don't blame myself now for trying," Merkel said.

She defended the 2015 peace agreement that she and then-French President Francois Hollande brokered in Minsk, Belarus, aimed at easing fighting in eastern Ukraine between government forces and Russian-backed separatists.

Merkel conceded that it didn't fulfill all of Ukraine's interests and that few people stand by it now, with some saying it was badly negotiated.

"But at the time it brought calm and, for example, it gave Ukraine a great deal of time — seven years namely — to develop into what it is today," she said. If there had been no intervention at the time, she added, "Putin could have wrought gigantic damage in Ukraine."

She said that sanctions against Russia over its annexation of Crimea in 2014 "could have been stronger, as far as I'm concerned," but added that there was no majority sentiment for doing so at the time.

"We didn't do nothing either," she said, noting that Russia was thrown out of the Group of Eight and that Nato set a target for countries to work toward spending 2 per cent of their gross domestic product on defence.

Merkel also strongly defended a decision in 2008 not to put Ukraine directly on track to join Nato, which Ukrainian President Volodymyr Zelenskyy in early April blasted as a "miscalculation".

Natopledged in 2008 that Ukraine and Georgia would one day become members. But French and German concern over Russia's reactions dashed their hopes of being granted a "membership action plan" that would bring them into the alliance within five to 10 years. 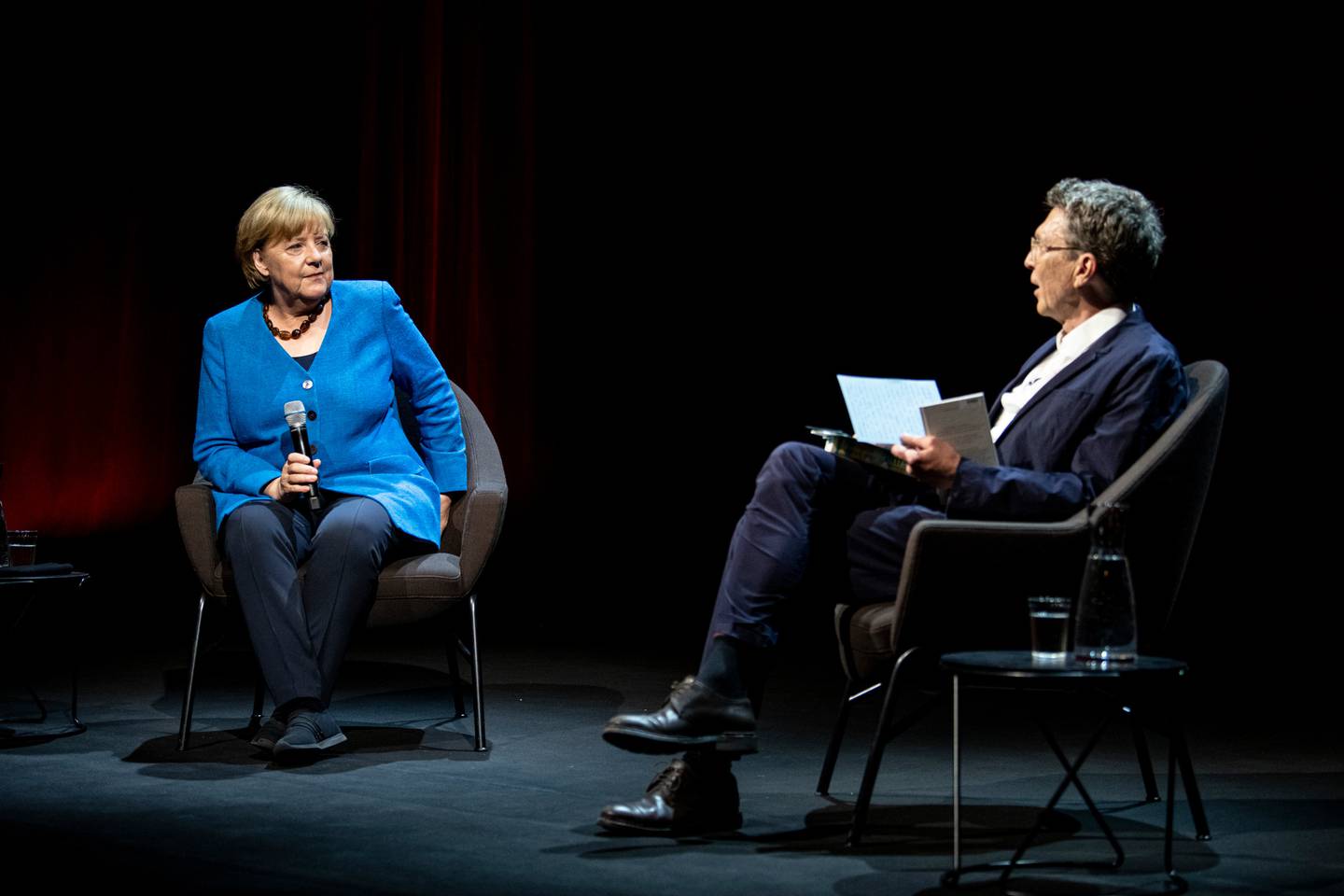 Merkel said that "Ukraine was not the one we know today," saying it was a country very divided and dominated by oligarchs. "It wasn't an internally democratically stable country," she said.

She suggested a stronger Nato green light for Ukraine in 2008 would have led to faster Russian aggression, with Ukraine less able to resist.

"I was very certain that Putin wouldn't just let it happen," she said. "For him, from his perspective, that was a declaration of war ... I don't share any of this, but I knew how he thought."

Tuning to the Nord Stream 2 gas pipeline from Russia to Germany, which she long defended against criticism from the US, Ukraine and eastern European allies, Merkel said Putin invaded Ukraine without waiting for it to enter service.

His administration also decided to deliver arms to Ukraine.

Merkel said she had opposed doing that when she was chancellor because Germany and France were trying to lead diplomacy.

"That is no longer on the agenda today — this is a different time," she said.