Vladimir Putin is "cancer-riddled" and surrounded by doctors, and often takes breaks during meetings to undergo treatment, according to claims by a British ex-spy.

Christopher Steele, who previously worked the Russia desk at MI6, says the "exact details" of Putin's illness are not yet known.

According to The Sun, Steele claims Putin is riddled with cancer and "constantly" followed by doctors monitoring his health and cannot take a full meeting without a break for treatment.

"He's constantly accompanied around the place by a team of doctors," the ex-spy told British radio station LBC.

"Meetings of the security council that are shown to supposedly last for a whole hour are actually broken up into several sections … he goes out and receives some kind of medical treatment between those sections. Vladimir Putin attends the military parade during the 77th anniversary of the Victory Day in Red Square in Moscow, Russia on May 9. Photo / Getty Images

"And so clearly he is seriously ill, I mean how terminal or incurable it is not clear … we can't be entirely sure.

"But it's certainly having a very serious impact on the governance of Russia at the moment."

According to Steele, the Kremlin is in "increasing disarray" and, with Putin "increasingly ill", the Russian government has "no clear political leadership".

The ex-spy also said it is unlikely Putin will withdraw from Ukraine, out of fears for his own safety. 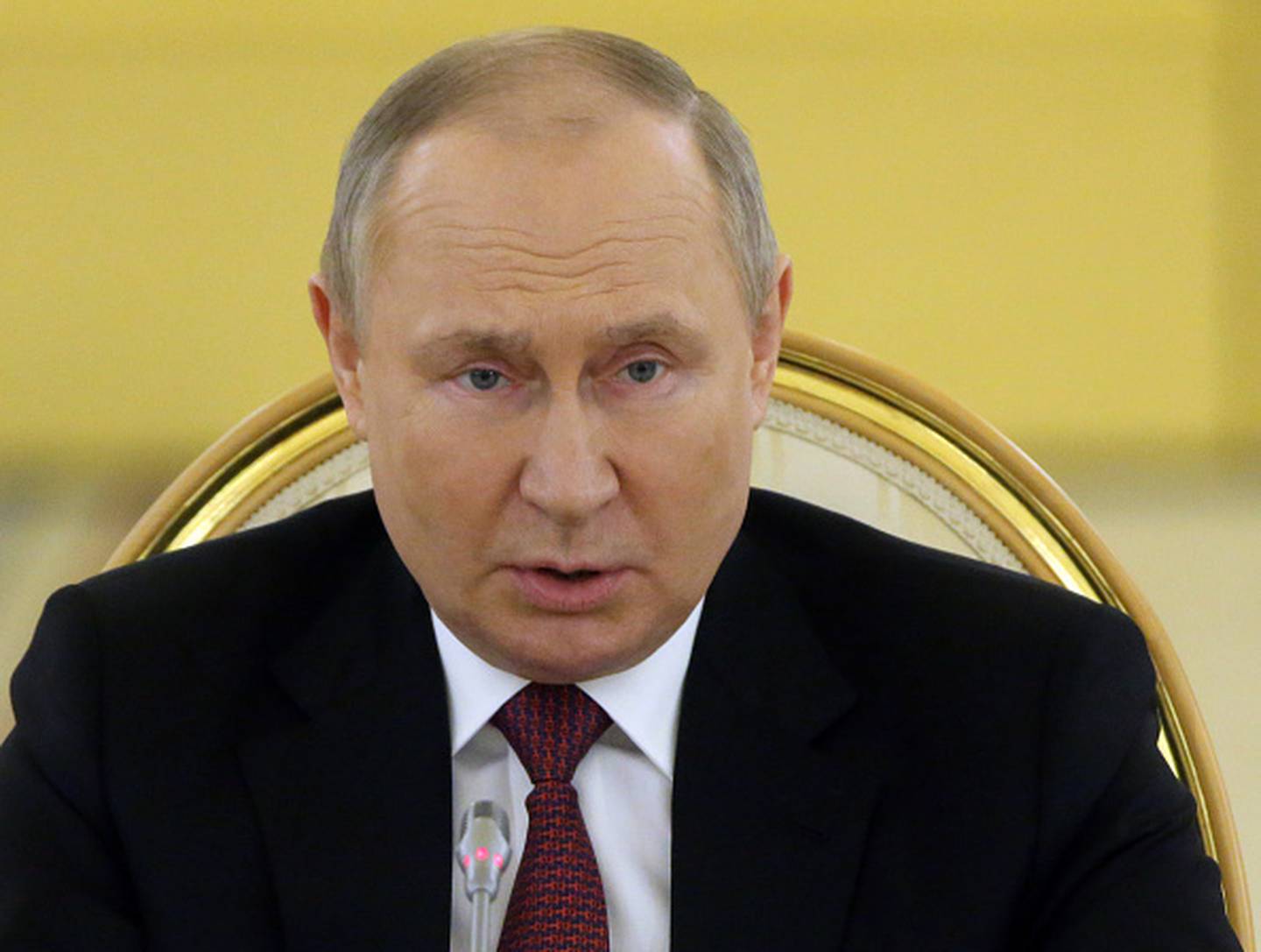 Russian President Vladimir Putin speaks during the Summit of Collective Security Treaty Organisation at the Grand Kremlin Palace, on May 16 in Moscow. Photo / Getty Images

Over the past few months, many have raised questions regarding Putin's health, as both his appearance and behaviour at some public events leave people questioning whether he is severely ill.

During a televised meeting in the Kremlin earlier this month, Putin was filmed retching and spluttering.

His face and body also look bloated and he has been filmed gripping the table during state talks, fidgeting and shaking uncontrollably during a meeting with Belarusian President Alexander Lukashenko.